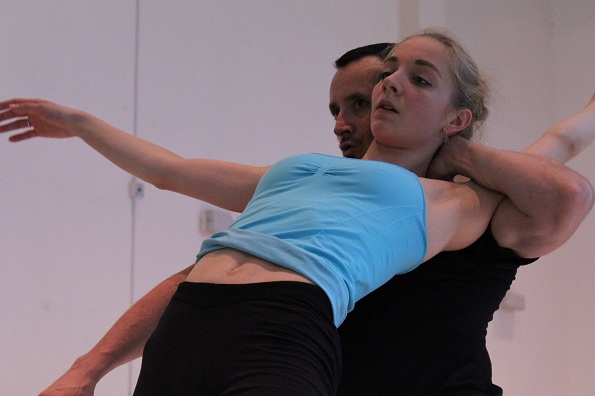 Dance needs to get beyond the physical, argues well-travelled Australian choreographer Tim Podesta.

Australian choreographer Tim Podesta is one of those rare people about whom you can say ‘they have the world at their feet’; although really he’s putting the world at other people’s feet.

Having graduated from the Australian Ballet School he soon began a whirlwind worldwide career, performing in places as diverse as South Africa and Denmark and working with Balanchine, Sir Frederick Ashton and Natalie Weir, amongst others. In 2005, he retired from the boards to put his considerable energy and passion into choreography.

“I am driven by the theatrical essence of choreography,” he says upfront. “Yes, the movement is important but no matter how innovative the physical aspect of the choreography, eventually the audience will cease to be engaged.”

For some of the more ‘high concept’ dance artists and purists, this might seem heretical but Podesta is unapologetic. “I always consider the psyche of the audience,” he declares, before elaborating. “For instance, I think film audiences are being desensitised by a kind of sensory overload with advances in 3D; where you still have a disparity between great 3D and not so great 3D, and I feel audiences are returning to narrative driven works and are looking for a quality in film that considers their emotional journey, not just a visual feast. Dance and theatre audiences are the same in that they approach performances wanting to discover and unravel the work.”

It’s an incredibly salient point for dance. We’ve all seen overly esoteric or cravenly crowd pleasing works that looked pretty but failed to impact and Podesta is keenly aware of this. His newest work, Not Now, which premiered in New Zealand mid-October, examines serendipity and brings together his signature palette of traditional motifs and the edgy use of multimedia to create strong narrative through lines.

Under the umbrella of PROJECTion Dance Company, Podesta has sought to unshackle himself and the works he creates from the usual constraints and parameters of dance. “My company have been involved in the creative development of projects in film, TV, radio, advertising, music composition, dance curriculum design and dis/ability in dance projects. My wife will tell you I find it difficult to say no to projects because more often than not I can find a reason that I will grow as a result of being involved. I love learning. I’ll go to dinner with designers, composers and filmmakers and before you know it, its 3am and I’m raring to go.”

The other thing that marks Tim Podesta out is his unabashed eye for the realities of running a dance company and getting projects off the ground. “I want my company, I need my company to be a business,” he tells me frankly. “Over the last two and half months I’ve created three different works in three different countries and this presented opportunities for me to spend time with different organisations, not just dance companies, so I could better understand management skills. I recognise this area is not my forte but I also recognise I need to know more in order to reach mine and PROJECTion’s future.”

Part of that future, it seems, is on screen. “I am very much excited about the possibility that dance and film can have,” he enthuses. “Apart from the longevity it provides for the movement, it’s also a great marketing tool.”

Indeed, Podesta already has screen cred, having collaborated on the successful 2010 film 4 Minutes Of Fame, which went on to win the Best Foreign Film gong at the Queens International Film Festival in New York. “As a choreographer, coverage like that doesn’t come along very often,” he observes.

However, there is another side to Tim Podesta. As one of ten Australian artists selected to appear in a recently released book celebrating the links between health and arts, he is something of a spokesperson for mixed ability arts. Like Restless Dance in Adelaide, his Dis/assemble project creates work for both professional and dis/ability dancers.

“I was first introduced to dance and disability through a choreologist who was notating a pas de deux of mine. She told me of a group of dancers with physical and learning difficulties and asked if I would be interested to come and meet them and possibly do a work on them? To be completely honest it was with apprehension that I said yes; but now looking back it was one of the greatest decisions I ever made.”

As well as stretching him as an artist and communicator of ideas, Dis/assemble has enabled him to develop a much keener understanding. “As a person it has made me realise just how shut off I was and that I had no right to feel sympathy for these incredible human beings.”

Significantly, Tim Podesta is also concerned for the health of the Australian dance industry. Whilst acknowledging that dance is enjoying its moment in the sun (due perhaps to certain TV shows) he sounds a very specific note of concern. “On a less positive note, one thing that always disappoints me is the lack of student dancers that go and see live shows. I’m aware of the costs and the tight budgets that students have but when you look at the amount of full time dance courses in Melbourne alone we could be filling theatres for days.”

Going forward, Podesta’s call to action for the local dance community is just as unambiguous. “I believe that dance/art can be profitable if we continue to head in the direction of private sponsorship, philanthropic support and forming links with big business,” he states. “I think the success we have here is no different to the rest of the world and the struggles are the same too. Obviously we are a massive country but when you consider how young companies like the Australian Ballet are in comparison to our counterparts in Europe it’s actually quite phenomenal where we stand today.”

Indeed, we may very well have the world at our feet.