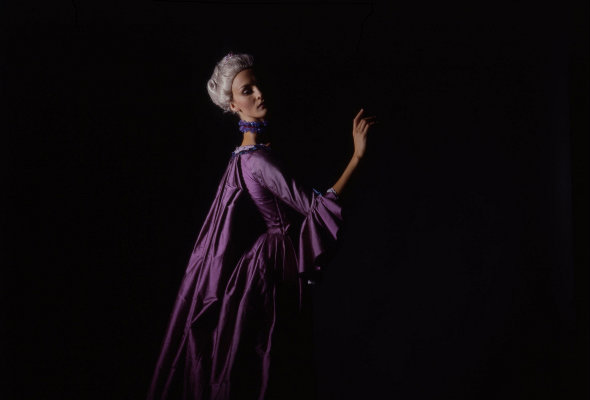 “He ne’er is crown’d
With immortality, who fears to follow
Where airy voices lead.”
Keats

The Australian Ballet’s program Elegy is comprised of two meditative pieces, Requiem and Beyond Bach by Australian Ballet resident choreographer Stephen Baynes.  Both pieces pursue another-than-human world of spirit.  Requiem invokes voices from the afterlife and Beyond Bach explores the heavenward reach in pure classical form.   Baynes is in full control of the language of classical ballet; the illusion of effortlessness, the sublime lines, and dedication to musical scores.  It may at first seem strange that Australia has a master choreographer for classical ballet, until you consider that Baynes was a contemporary of Forsythe and Killian at Stuttgart Ballet early in his career.

In Requiem Baynes explores through symbolism the impossibility of knowing more than our human condition. The piece takes its title from Faure’s Requiem which it is set to. The singers are integrated into the ballet by faintly lighting them on the outside of the set.  This is a lyrical and highly successful dramaturgical conceit, as the singers become the voices that the dancers can never quite see. Initially the audience are invited into a world of anonymous bodies. These bodies seek and turn restlessly. They are haunted by the voices they cannot see.   The figures gesture at life events and struggles. These events are framed by austere white walls, designed by Roberts and lit by Levings, which dissolve into blackness at the height of the proscenium. The performers are always seeking to know what is beyond these walls they are constrained within.  When not dancing they stand in tableaux with their heads cocked to listen to what goes on beyond the wall.  There are two pas de deux in which Kirsty Martin and Kevin Jackson, and Madeline Eastoe and Robert Curran fold into the music and each other in endless variations on the theme. Veteran of the ballet Marilyn Jones OBE performs the role of the omniscient mother, reminiscing on the lives of her children.  She could also be seen as a god figure as she intertwines and intervenes in the lives and movements of the dancers.

The maturity of Jones combined with the older principal dancers, the effervescent Eastoe, the solemn Curran and the supreme grace of Martin gave the Saturday night cast considerable gravitas.

Beyond Bach is a reminiscence on the form of classical ballet, exploring the influence of Bach on the development of ballet in the courts of Louis XIV.  A lady in court attire sets the scene, gliding across the stage and disappearing enigmatically, before dancers in short tunics take off into athletic sequences of dance driven by the complexities of the Bach arrangements. Just as Bach and other art produced around the court of Louis XIV sought to represent the potential for transcendence through religion and the monarchy, each element of Beyond Bach draws our eyes and spirit upwards.  No more so than in the French court stage design by Carter. The candelabras lift up off the stage in the opening sequence, a huge gold staircase spirals up to the height of the stage and a floor to ceiling window at the rear all reinforce the motif of transcendence. It is a testament to Baynes that Beyond Bach is 15 years old. There are not many late 20th century pieces of dance in repertoires by Australian choreographers.

The program of Elegy had a notably shorter season, running for only a week, where a full-length narrative ballet may run for two or three weeks.  It is curious that programs of modern classical ballet such as these command less of an audience.  They are great works of art.

Photo: Olivia Bell of the Australian Ballet in Beyond Bach. Photo: Branco Gaica