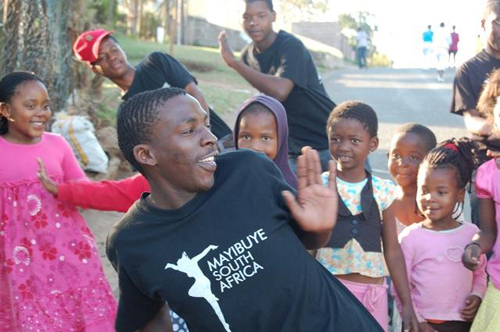 We can dance to make a difference.

Whenever I hear the cynics scoffing at the idea that art – and dance in particular – can change the world, I remember a man I once knew.

He was a client of mine; born with a disability that left him unable to speak ‘properly’ and vulnerable to all kinds of rip off merchants. The local deli owner once charged him twenty bucks for a pie. I only worked with him for six months but his smiling face stayed with me.

Roll the tape forward seven years and I’m rubbing shoulders at an opening night schmooze where performers from the Adelaide based company Restless Dance Theatre were in attendance. And there, much to my surprise was my now transformed erstwhile client. Cool, confident, clad in sleek blacks, drinking Shiraz and talking clearly.

What had happened? Dance, that’s what. This young man had been fundamentally changed by his experience as a dancer with one of the most inspiring arts organisations I have ever come across. Restless Dance had given him confidence, clarity, and even a measure of grace. 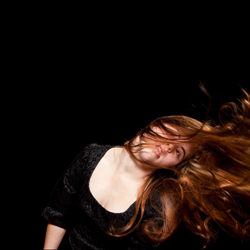 So, when I was asked to write about “dance making a difference” I thought of Restless straight away. Since 1991 they have been creating works, running workshops and touring shows with a blend of disabled and non-disabled dancers; and in the process literally transforming lives.

Current artistic director Philip Channells sums it up thus, “We often learn about humanity through listening to, watching, or reading and responding to the art that we see in our everyday lives; be it music, film, books, craft, architecture and fashion or whatever; but dance sometimes does something else.”

For Restless this ‘learning’ happens through direct participation. “When you consider the work of Restless and reflect on the changes it brings to people’s lives, it really makes me think that without it so many young people would not realise their potential because it gives people a chance to be expressive in ways that they may not have ever thought possible,” Channells explains. “It gives people a sense of place in the community, a sense of self and possibility and more importantly gives people a voice, to make their own decisions in a really exciting, nurturing and changing environment.”

But of course Restless aren’t the only ones trying to make a positive difference through dance. With projects in South Africa and regional Australia, Mayibuye works with disadvantaged youth from a range of ethnic and socio-cultural backgrounds, using dance as a means to direct them away from gang culture and crime, and towards cross cultural understanding. 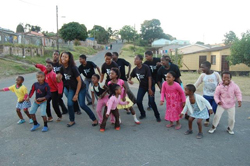 Co-founder and CEO Kumari Middleton understands that there are many who would raise an eyebrow or two at such a ‘noble’ sentiment. She is very clear in her response, “Dance creates a common ground between participants and encourages team work and unity. Creativity allows people to have a voice and tell their story … Performing allows them to feel a part of a larger community – one of humanity. It allows the youth to show their collective talent to friends and family and boost their confidence and sense of acceptance.”

In 2010 Young spearheaded a Brisbane based project called Fearless, a huge 100 dancer ensemble show that not only showcased the city’s eclectic dance culture but shone the light on domestic violence issues.

“A lot of people get overwhelmed,” she observes. “They think they don’t have enough money or enough time but there are a lot of ways you can get involved. So, with the dancers it was like, ‘you already do this, people already pay to see you perform, so why not just do it for a great cause?’.”

It was a huge production effort for her, not the least because she was living thousands of miles from home in a foreign city. Her passion for the project simply underscores the point that artists can do much more than merely show off. “If you’re a psychologist or you’re a builder, there are a lot of ways you can donate your time and help out charities,” she explains, “but people in the arts sometimes forget that what we do isn’t necessarily for us. We perform for audiences. We create pieces that benefit the culture of our communities. So, Fearless was really about reminding young dancers that you can.”

Kumari Middleton picks up the thread. “It is difficult to help people to understand how arts can change people’s lives for the better if they have never been involved or interested in the arts before,” she points out. “However, we see every day the changes in young people. Having them bounce into the room with big smiles on their faces and ready to learn, despite the hardships they are facing, is really special.”

Back in Adelaide Philip Channells recounts the story of Dan Daw, a young man from the small town of Whyalla who lives with cerebral palsy but has gone on to become an internationally renowned performer who now lives and works in London with Candoco Dance Company. It’s typical of the Restless recipe; seeing past disability and bringing out underlying talent.

“Once people see our work I think they say, ‘oh, Restless, they’re an amazing dance company’ and the whole disabled thing becomes irrelevant,” Channells concludes. Indeed, with a new work called Take Me There that premiered at the Come Out Youth Festival in March, Restless are simply going about the business of being a hard working dance company.

Whether it’s Mayibuye working with impoverished teens in KwaZulu-Natal or Vanessa Young creating vibrant projects in her native Canada or distant Australian cities, dance continues to give back to the world; not simply as a form of entertainment but as a literal means of physical and life change.

As Kumari Middleton passionately observes, “dance teaches people about team work and respect, to think creatively and express themselves. It can break down gender inequality and teach people to support each other. It also requires people to look after their bodies and make healthy decisions.”

I feel certain my former client would agree.