The cultural dance phenomenon In Australia

Cultural dance; isn’t that what they used to call folk dancing? Or is it something else entirely? Or indeed, do the definitions matter?

Marcia Percival, a native of Brazil now living and teaching Latin dance in Sydney isn’t one to fuss with the fine distinctions. “I feel that when you do cultural dancing it doesn’t matter if it’s belly dancing, Chinese, Flamenco or the Latin styles, when you have a chance to learn from a person from that culture you have a chance to learn more than just the dancing. You learn about the language and the music, even the lifestyle. That’s when cultural dancing plays a crucial role because it makes people curious and more intelligent about the world.”

Meanwhile, Stephen Page, the artistic director of Australia’s world renowned indigenous dance company, Bangarra, is a tad keener to drill down. “If you look at Aboriginal culture, in particular art, it’s a huge part of their life, whether it’s dance, story telling, painting or singing. It’s just embedded into their survival system because for them it’s part of spirituality. I bet you any money that you would find in most indigenous cultures around the world that dance is a huge part of their life.” 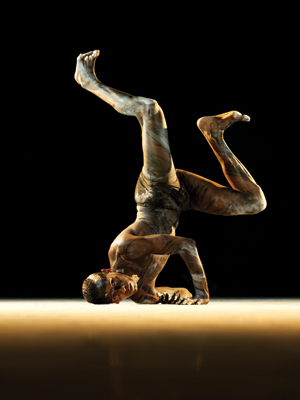 Whatever the differences, the consensus seems to be that ‘cultural’ dance is not a dance ‘craze’ but something that stems from and reflects social, spiritual and ceremonial traditions. Down here on the ground in 2009 that translates as a burgeoning interest in forms as diverse as samba and polka, which in turn has opened the doors to people like Marcia Percival to set up very successful schools and dance festivals.

“When I arrived here eleven years ago I felt quite sad,” she recalls, “because after a while it was, like, oh my, these people don’t go out to dance! There is no such thing in Brazil. When you go out you know you’re going to dance. If people are not dancing, there is no life.”

However, Australia’s increasingly multi-ethnic mix, together with the uptick in dance awareness triggered by popular TV staples, has helped to change that. Aussies are now embracing cultural dances from around the world.

And one of the fastest growing styles is Bollywood. However, as Farah Shah from Mango Dance Studio in Sydney is quick to point out, Bollywood is anything but traditional. In fact, Indians are more likely to refer to it as ‘filmie’ dancing.

“It’s basically India mimicking the West,” Shah explains. “But what’s so cool about Bollywood dancing is that it’s a fusion of so many styles. So it’s modern Indian, not classical. There are elements of Punjabi style Bhangra and there’s jazz, funk, salsa, Arabic; there’s even popping and locking now. It’s very cheesy as well.”

Whereas the folk dancing troupes of yore were almost entirely based within a single nationality, (and indeed were seen as a way of preserving a link with the values and customs of the old country), the newer cultural dance communities are drawn from broader stock. Farah Shah’s Mango Dance Studio student population is “about seventy percent Westerners.” Across the road at Latin Dance Australia Marcia Percival reports classes made up of students from European, Anglo and even Asian backgrounds.

With the popularisation of dance forms, though, comes the inevitable debate about authenticity. For an instructor like Chante Evelyn Mordaunt, who teaches everything from tango to foxtrot with Dancecorp Studios in Adelaide, this poses an interesting challenge.

“You often find that the dance back in the countries where they come from isn’t what people teach in Western countries,” she notes. “But then there’s also a lot of conflict about what the original forms actually were.”

A tango aficionado herself, Mordaunt recently visited Argentina to explore the true origins of the dance. Her observations perhaps cut to the heart of what cultural dance is. “Tango wasn’t just a hobby,” she says. “It was a passion. People were born into it and that’s something that I don’t think any Westerner really understands. Argentineans just live and breathe dance, it’s in their culture. It’s how they grow up. They learn these dances like we learn old children’s stories.”

Here in Australia, of course, we have forty thousand years of cultural dance history, and Bangarra’s Stephen Page stands right on the line between the original and the modified form. Even though they present work in the contemporary milieu, Bangarra are very careful to observe what Page calls the cultural/creative protocols, seeking input from elders and communities before staging their productions. “We’ve been entrusted to be the sort of mainstream caretakers of stories, the traditional songs and dance,” he explains.

Cultural dance, he suggests, is a process of transforming tradition but maintaining integrity. “If you want to bring the true essence of what it’s like watching a dance at sunset in the bush somewhere, then how do you do that on a whitefella stage? Well, you transform it,” he concludes simply. “Then the elders will watch and then they’ll take it back to the community; and so for us it’s really a full cycle.”