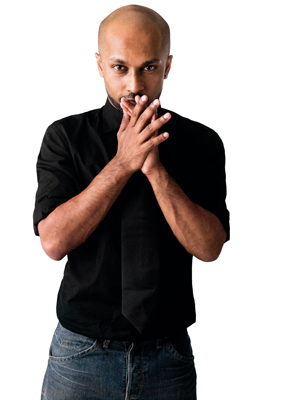 Akram Khan is one of London’s most acclaimed creatives. A leading dancer, choreographer and the director of his own company, Akram Khan is a major choreographic force as he fuses different dance genres and traditions with dancers from different cultures.  Born into a Bangladeshi family, Akram grew up embracing his heritage, learning Bengali folk dancing and Kathak, the Indian classical genre, from a young age.  After a stage career beginning at only 14, Akram went on to study ballet and contemporary dance at De Montfort University and the Northern School of Contemporary Dance in the UK.

Akram began presenting solo performances of his work in the 1990s, maintaining his commitment to the classical Kathak repertoire as well as modern work and in August 2000 he launched his own company. The Akram Khan Company has received numerous awards the world over for its performance, choreography and daring collaborations.

The company will grace Australian shores again this October to perform in the OzAsia Festival at the Adelaide Festival Centre. Bringing their exciting work, Bahok, to the Australian stage, Dance Informa asked Akram what audiences can expect. “Reviews have been great and the audience have generally been quite emotional after the show”, he shared. “I hope the audience will take away a better sense and understanding, that even though cultures, religions and politics separate us, what we have in common is that we all know and identify with the notion of ‘home’. We may be different externally, but also we share things that are very similar within”.

Bahok is a collaboration between the Akram Khan Company and the National Ballet of China. The work includes a mix of “ballet, Chinese folk dance, Indian martial arts, contemporary dance styles and more”, says Khan.  “However, for me, it is not really about exploring different styles of movements, but more about exploring different bodies that contain a con-‘fusion’ of styles absorbed within those bodies.” 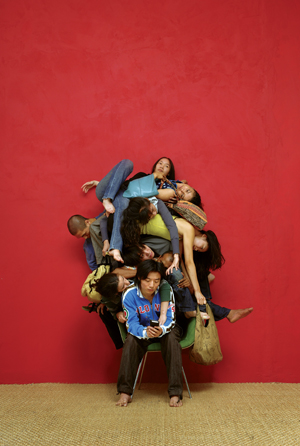 Akram Khan Company & The National Ballet of China in Bahok

So how did Akram find working with the National Ballet of China? “Wow! What a shift in the way I work”, he explained. “Firstly, I had to find out what makes them tick! What drives them, and then how they go about reaching that goal. What I discovered was that the goal was not that far from my own, it’s just that they go about getting there in a completely different way”.  Akram enjoyed the challenge. “Working with the dancers from NBC was wonderful”, he said. “They are hard working, talented and very lyrical, so in a sense, they can be athletic, without looking athletic, but executing it with total lyrical grace”. With all the dances coming from varied backgrounds and races I asked Akram how he dealt with the cultural differences. “Personally, I found no deep cultural barrier or separation, simply because I grew up within my parents Indian/Bangladeshi culture and for me there are many similar values and systems that are common to both the Chinese and Indian culture”, he explained.

Akram Khan is known for cross cultural collaborations. It seems that an awareness of other traditions, ideas, beliefs and movement forms have informed his choreography and given him a unique and widely embraced choreographic voice.  So how important is it for dancers to expose themselves to other cultures? “Well, it’s personal. I cannot speak for all, just for myself”, he explained. “I feel there is a continuation from the past to the present and to the future when one embraces tradition. It is a clue to what existed before. There is also something very sacred and spiritual in most traditions, which is less evident in our current society”. With such a cultural dance influence on his work Akram explained “I simply reacted to the environment I grew up in. I lived on a street where opposite our house was a Chinese family, a Nigerian family to the right of us, an Iranian family down the end of the street, and all the kids from this street went to the same school. Also, in our living room, my father was watching black and white Bollywood films, and on the other side of the room, my mother was listening to Tom Jones and Frank Sinatra. So as a child I was already in a confused atmosphere with different worlds colliding in my own living room”.

Akram Khan’s different choreographic style has brought him a wealth of work with ballet companies, solo artists, contemporary companies and even pop artists, including Australia’s own Kylie Minogue. Working with such a wide range of varied artists, Akram explained that each challenge is very different. When developing work for a stage show rather than for the theatre, Akram explained that “the scale is the first major difference. You have to think big, not small and detailed. When you are creating for a concert in the scale of a Kylie show, everything you do has to be amplified, exaggerated. Also, the question has to be asked ‘what kind of audience are you catering for?’ The pop concert audience are usually a public who are there to have fun, not just sit down in their seats and be moved by what they see, but to participate on a more physical level. So what you create on stage should be able to grab their attention, but no exclude them.”  So how did he enjoy working with Kylie? “It was wonderful to work with her. I feel she is extremely down to earth, and it was such a pleasure to work with an artist who is real and very much in the present, without losing herself in the media, pop world that she works in. She is more grounded than any other artist I know”, he said.

And what about his company, the Akram Khan Company? “Wow! It has been a roller-coaster ride, and it has not stopped yet”, he exclaimed. “I think what defines us is that the company is continuously shifting, adapting and rebelling the very concept of what a dance company means. However, we have very recently been able to define the company by separating it into three companies. One is a high-profile collaboration driven company which I create and perform in, for example the duets Zero Degrees and Sacred Monsters. The second is an ensemble company where I create on a group of dancers (in which I do not perform in anymore), for example Bahok, and the third is a charity company we run to support young artists whether they are choreographers, film makers, visual artists, etc.”

So what is next for Akram Khan and the newly defined companies? This November, Akram is curating an Indian dance and music festival, with his friend and long term collaborator, Nitin Sahwney (composer of Bahok, Zero Degrees, etc) at the Sadlers Wells, London, for two weeks. “We will also be premiering our own work within the festival”, he shared. Next year Akram plans to create a new ensemble piece called Vertical Roads inspired by the concept of angels within different cultures and a new contemporary solo to premiere in 2011. This solo will be a collaboration with visual designer, Tim Yip, who won an Oscar for his design for the film Crouching Tiger, Hidden Dragon.

So as such a renowned choreographer does Akram feel that he has now arrived? Has he created his own unique dance language? “I am not sure yet, because I am hopefully still evolving”, he shared. ”I am still taking into my body so many different influences and experiences. I am still discovering new movement vocabularies.” With that, he gave advice to budding choreographers who desire to create their own unique style. “Listen to your body” he said. “Don’t look at it, but listen to it. It is the most honest and truthful voice you will ever hear.”