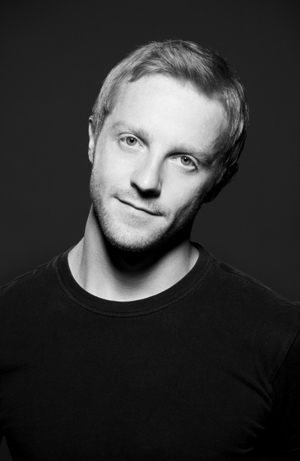 Talented ballet dancer, Steven McRae, has taken over the stage in the UK. After leaving Australia in 2003 to train at the Royal Ballet School, he was accepted into the company in 2004.  This year Steven was promoted to Principal Dancer, after dancing with the Royal Ballet for only five years.

Steven hails from Sydney, completing his fulltime classical training at Alegria Dance Studios under Hilary Kaplan. On his recent summer break he returned to Sydney, inspiring us with a performance at the McDonald’s Challenge and teaching master classes. Steven caught up with Dance Informa on his visit, sharing his journey with us….

Congratulations on being promoted to Principal!
It seems to be a quick rise to the top?
“If you compare it to other dancers it could seem quite quick, but then it depends on which dancers you compare it to. To me, it seems to have taken a long time. There have been a lot of different roads. It hasn’t been a straight forward route. I‘ve had to go through a lot to get here, but I’ve been happy with the speed it has gone.”

Tell us about the highs and lows you have experienced on the way to the top.
“I think it’s hard when you first join a company as you’re back at the bottom. When you are in the school you are graduating at the top. You think, ‘I am not going anywhere, and this isn’t going fast enough’, but then opportunities do come up. Occasionally some people unfortunately got injured which helped me get roles that perhaps would have taken a little longer for me to get. By pushing myself each day in class and making sure I was the best I could be, enabled me to jump into the roles. If you are asked to understudy a role, instead of doing one, try to learn two or three, keeping your eyes open for opportunities.”

“Also unfortunately I had a big injury. I had some trouble with my left achilles and was off for 10 months. At the time it was a low, but thankfully there were people around me supporting me big time. I wouldn’t have wanted to be them as I was a monster for 10 months!”

“Obviously getting on stage with those great roles are extreme highs, as well as guesting with other companies and doing little galas with amazing ballerinas. Receiving some little awards along the way has been fantastic. Being nominated for a Laurence Olivier Award was one of my great honours. It is one of the most prestigious awards going around and I was very young at only 20 years old.”

Tell us about being injured and recovering.
“You learn a lot. Your whole perpesctive on life, your career, your body, it all changes. After 7 or 8 months off I then realised that this could actually be a good thing. It’s a shame it took me so long. I turned my whole view on it around. I said to myself, ‘slow down a little bit, keep that passion and that desire to want to succeed, but you’ve got to be a bit more mature about it’. It opened up my eyes to future careers as well. I now study on top of being a principal dancer.”

So what are you studying?
“I am studying a BA Honours degree in Business Management and Leadership. It’s not an arts management course; it’s a general business degree. I think we study, train and perform for so many years that it would be a shame to just walk away when I step off stage. I think there are so many possible ways that this dance world can go and different routes and tracks it can take. If I can be a part of that it would be really exciting for me. I’d like to be an artistic director, whether that is in Australia, in London or Europe. The course will enable me to become an artistic director that can sit in a board meeting and know exactly what everyone from every department is throwing at them. I think being business minded is important. Having the knowledge from a business degree would allow me to make clearer artistic choices.”

Tell us about being challenged in roles as a dancer and actor.
“The best way of summarising that up is doing ‘Romeo’. Technically it’s very hard, for the male. It’s one of the hardest ballets for them to do. Some of the top dancers have said it’s the hardest role. The male is pushed. In a lot of ballets the male will be standing behind the girl and partnering, which is hard, but then they come out and do one or two solos and that’s it. As ‘Romeo’ you are constantly onstage. If you’re cramping up you’ve just got to keep going and the steps are challenging. The pas de deux are hard as well. But on top of that you are a character. Wayne McGregor’s Chroma was also a challenge. It was a real honour to be in. It has won Oliver awards and every award you can possibly imagine. I think it really turned a page for the Royal Ballet and opened a lot of doors. I love being worked on by new choreographers. We’re lucky to be exposed to such a broad range of choreographers at the Royal Ballet.”

“I love having technical elements. I love going onstage and that there’s a chance that something won’t work. I get bored if I go on and I know everything. Having to portay a character is exciting. You step on stage when the curtain goes up and you become someone else, you escape your life. You are something at least for three hours and then you can still go home, be yourself and put your feet up on the couch.”

How do you find switching between different choreographers and styles?
“It can be hard. For example; we may be performing Swan Lake and I’ll do Pilates and then class (in the morning). We then might do a bit of Giselle rehearsal, then maybe some Chroma (which is extreme), then I may go into learning a new ballet being created and be killing myself. Then we have a last Swan Lake rehearsal and then have to pull on white tights and perform the full on classical ballet. It can be really demanding on your body, but it’s challenging. I think as dancers it can be exhausting, but we love it. We would all get so bored if it wasn’t. It’s just learning how to pace yourself. When you’re young you go in all guns blazing, but there’s only so long that you can live off that nervous energy.”

You have been teaching master classes in Australia. How do you enjoy teaching?
“I have been blessed from day one with amazing teachers. My first teacher, Naticha Celio, was just incredible and the reason why I am probably still dancing today. She just inspired me and she brought out this person I guess who didn’t exist at the time. Having such great teachers and seeing what they are capable of doing has made me want to come home and do the same. I couldn’t do it full time now, but I think it would be greedy of me on the other side of the world, working with some of the best dancers and alongside the most amazing choreographers and directors, not to come home and try pass on that information. That’s the main reason why I do it. I said to the kids the other day, ‘if I can throw hundreds of ideas at you and you walk away with one new idea about a step, then that is a success’.”

Did you enjoy returning to the McDonald’s Challenge stage as a professional?
“It was really cool. When I stepped on that stage doing the McDonald’s Scholarship finals those two years I thought that there was so much on the line. I think I thought it could launch my career. These competitions are vital for you, because you gain experience. Winning the competition is not vital! Winning any competition is not vital! Coming first doesn’t always guarantee everything in life. It sounds corny to say, but it’s the participation in the competition that matters. Getting on stage every couple of weeks at a competition to face your fears and try something new teaches you to be consistent. If I step on stage and begin very well, I have to hold that level the whole way and not just flake out at the end. It just gives you experiences and also gives you exposure. So when I stepped out to compete for the two scholarships I think the whole unknown was very overpowering, but this time I knew I could go out and enjoy it and entertain the audience. Of course as a professional you always want to do it better (it’s always the way), but it’s nice to be at the stage in my career where I can go on and genuinely enjoy every minute of it. The solo I performed was choreographed by Wayne McGregor, resident choreographer at the Royal Ballet. It’s very exciting that his work is being seen as part of the Australian Ballet’s season of Concord in Sydney and Melbourne.”

Steven will be returning to Australia later this year for his first appearance with the Australian Ballet. He will be performing as a Guest Artist, dancing in The Sleeping Beauty.