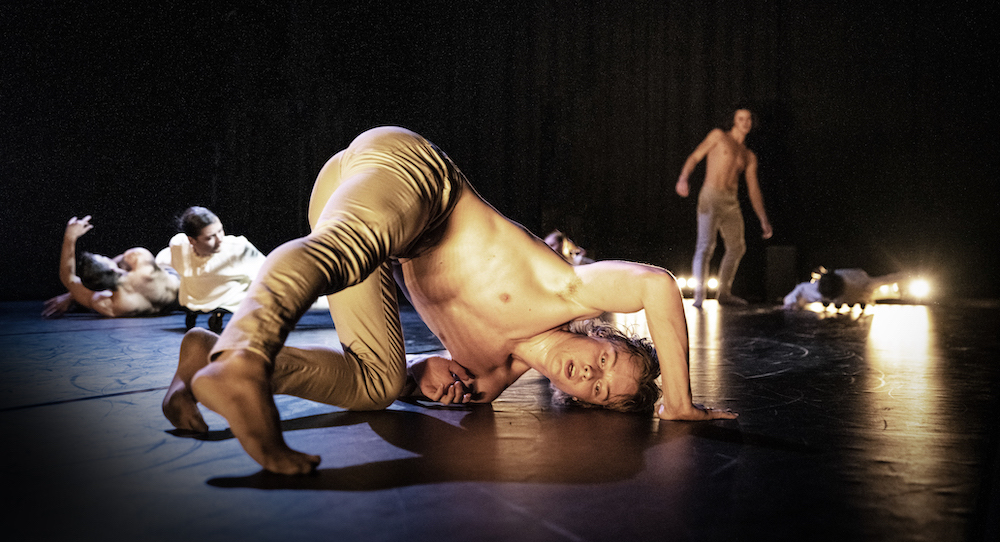 One of the most exciting and newest additions to the independent dance community has been the Sydney Choreographic Ensemble, led by Francesco Ventriglia. Ventriglia is a former Teatro La Scala dancer who has extensive international choreographic and directors experience in Europe, South America and New Zealand.

The Company’s debut work, Grimm, showcased its curious, creative vision with its heady mix of contemporary immediacy, classical balletic discipline, and a desire to explore, engage and update the West’s founding myths and traditions.

Amidst this period of global uncertainty, the ensemble has launched its follow-up work, Galileo, at the Riverside Theatre. Galileo is a meditation on the great Renaissance thinker and forefather of modern science, where Ventriglia asks, ‘What does this great renaissance man say to our modern sensibilities?’

The exciting aspect is that Ventriglia explores these abstract historical ideas by giving them a dancer’s flesh and bones and their artistic sensitivity. Much of the performance is an exploration of bodies and motion and the invisible forces that bind us to the earth and to one another.

The performance concerns itself with the most basic human motion — walking upright. Just as Galileo tests the world with experiments, likewise Ventriglia converts the stage into a dance/sports lab where motions that are upright can hold a walking dancer in his hands while moving across the floor. Motion is then broken down into its most atomic levels and then rebuilt back again to achieve optimal performance.

All this dance experimentation is played out to the soundtrack of Baroque giants Vivaldi, Monteverdi, Scarlatti and Corelli. This places Galileo at the precipice of the old world of courtly dance and music and on the cusp of the new world of the scientific understanding and exploration that the renaissance unveiled.

Ventriglia’s choreography is unashamedly classical that belies his background, whereby he loves the illumination and precision that classical dance provides. But in Galileo, he can explore themes of corporeal heaviness without the rigidity of much classical work and instead we see traces of Nijinsky’s fierce modernism. As a modern renaissance man, Ventriglia’s costume design was subdued with their jeans and bare upper bodies allowed the audience to experience the immediacy and visceral sensations of living dancers on stage.

Most impressive was the the ability of the ensemble’s performers to embody Ventriglia’s unique vision with aplomb. Isaac Clark showed a curious mix of flexible untamed fawn with precise geometric line extensions. Siobhan Lynch’s performance, especially her pas de deux with Hugo Poulet, had a childlike innocence that provided a counterpoint to the show’s abstract scientific rigour.

Roderick van Gender’s lighting design was intriguing as well as mesmerising shadowland that accentuated the stage as a dance motion lab. Marco Giani’s video design stressed how ubiquitous Galileo’s way of looking at the world is to our modern sensibilities. Ventriglia’s challenge seems to be – does the mix of art and science lead to more beauty in our world.?

The set design was simple but intriguing using the dancers as bridges,against Giani’s video,sometimes dark by design.There was always movement and glimpses of shadows, filling the compact performance space that the dancers fleshed out with their bodies and never ending movements.

It is always encouraging to see in times of uncertainty that there are fresh voices that have the confidence to stage challenging works. Ventriglia’s Galileo is a work that pursues beauty and creativity not by addressing contemporary themes but in critically engaging with our history and traditions. With Galileo, Sydney Choreographic Ensemble has shown they are an exciting and creative voice on the National dance scene.