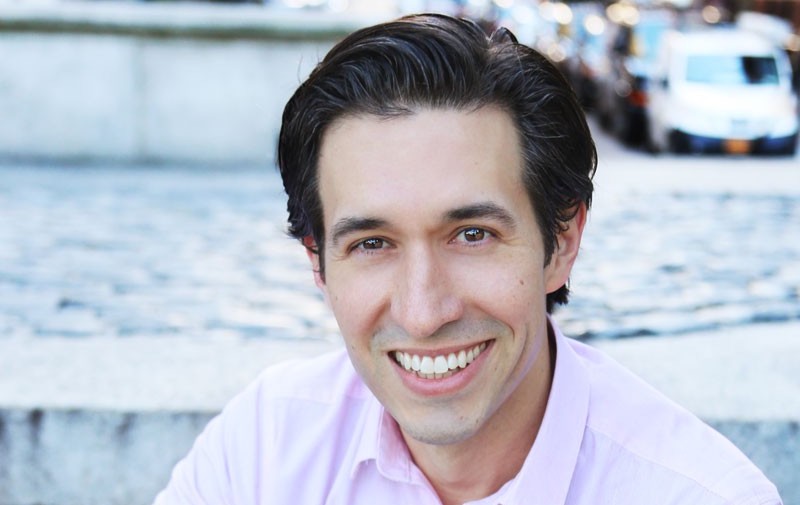 You might think that pure hearted poor girls, charming princes and fairy godmothers don’t sound like they belong in the disinformed, doom-scroll of 2022, but New York-based director and choreographer Josh Rhodes would beg to differ.

“The Cinderella story will always be told in many ways because we love the lower person rising up,” he argues. “Somewhere in our hearts, I think we all feel that we were, or are, that person.”

When it premieres in Melbourne in late May, the updated stage version of Rogers & Hammerstein’s 1957 made-for-TV musical will land amidst the detritus of a Federal election and the lingering COVID safe cautions of a world unvaccinated against uncertainty. The contrast could hardly be more stark. From the cosy loungeroom of white picket America to the broil of brand new Cold, Culture and Climate wars, everyone’s favourite sister is still looking for a matching slipper.

For Rhodes, the clash of the classic and the contemporary is just one of the key creative challenges of bringing a work like Cinderella to life. How do fairy tales stand up in 24/7 glare of cynical modernity?

“I don’t know if there’s ever a time when we don’t need to talk about the value of kindness,” Rhodes declares. “Not soft and fuzzy kindness, real kindness. It takes intention, compassion, courage. We keep going back to this in rehearsal, because for a character who is low in her means and low in her status to choose kindness, to me, it means a lot.”

Aside from any moral assertion, what this tells us is that Cinderella in the 21st century is not all stardust and royal rescue. Indeed, when the 1950s screen original was transfigured for its Broadway debut in 2013, Douglas Carter Beane updated the book to make the character more complex. Today, she is less victim, more the one who must act. Furthermore, she is tasked with helping the prince, rather than just waiting to be plucked from obscurity. “She doesn’t win the lottery in this one,” Rhodes explains.

At a more practical level, bringing Cinderella to life again means that Rhodes (who choreographed the 2013 New York production) has to navigate the framing effects of previous incarnation and audience expectation. Luckily, there’s a rehearsal room for this.

As Rhodes says, he has been blessed with a great cast, from whom he takes his own creative lead. “I wouldn’t dare to push any kind of [preconceived] structure onto these brilliant actors.”

Yet, Cinderella is still musical theatre, and thus comes with in-built parameters. “The show has a set quality to it. However, it’s like a cast recording you get from a different production. It’s a different take. Different humour, too. And I really don’t want to get in the way of that. I want to pull it out.”

In this case, a four-week rehearsal period has helped Rhodes and his cast (including Shubshri Kandiah in the lead role, Silvie Paladino as the Fairy Godmother and Ainsley Melham as the Prince) to find the room for nuance and variation to emerge. “As a director or choreographer, you feel like you have a clock over your head,” Rhodes reveals. “You have this obligation to the piece, just as a professional production, to get it up on time. Luckily, they gave us time, so it doesn’t force me to have a finished product just yet. That lets us play around a little, not set the blocking yet; and then if something beautiful new comes, we can go ‘Yes, let’s use that.’”

Although he is directing the Australian run, Rhodes began with Cinderella as its head choreographer. As someone who has enjoyed a varied career, performing many creative roles in countless productions, he is acutely aware of both the differences and the similarities between the two modalities. “Choreography in musical theatre is a story-based form,” he says. “It’s not concert dance because we need to tell a narrative, and I think that’s the same thing you’re looking out for as a director. You want it to have story.”

There are many in the world of dance who would find it challenging, even confronting, to fuse movement to the often reductive rigidities of narrative. In the big budget musical world, there is no such luxury. The remit is clear. “Of course, it’s an entertainment, and so you want it to have energy and shape, and you want to be innovative,” Rhodes concedes. “However, at the end of the day, you have to be a dramaturg as a choreographer. So you go, ‘Okay, what number do I have and what’s the principal of the story that the audience has to walk away with?’ There’s also stuff about motivation, so it doesn’t feel superfluous. So, in some ways, I find that a choreographer’s job is very similar to the director’s.”

Here, we glimpse the backstage textures of any show. In the auditorium, we only see the shiny two hours, not the weeks of rehearsal and the years of practise. Banal though this seems, it shines a sideways light on Cinderella 2022, for, as its director points out, “In the second act of this version, Cinderella has to learn that the dress doesn’t fix everything.”

Cinderella opens at Melbourne’s Regent Theatre on 20 May. For bookings and more information, visit cinderellamusical.com.au/tickets/melbourne.