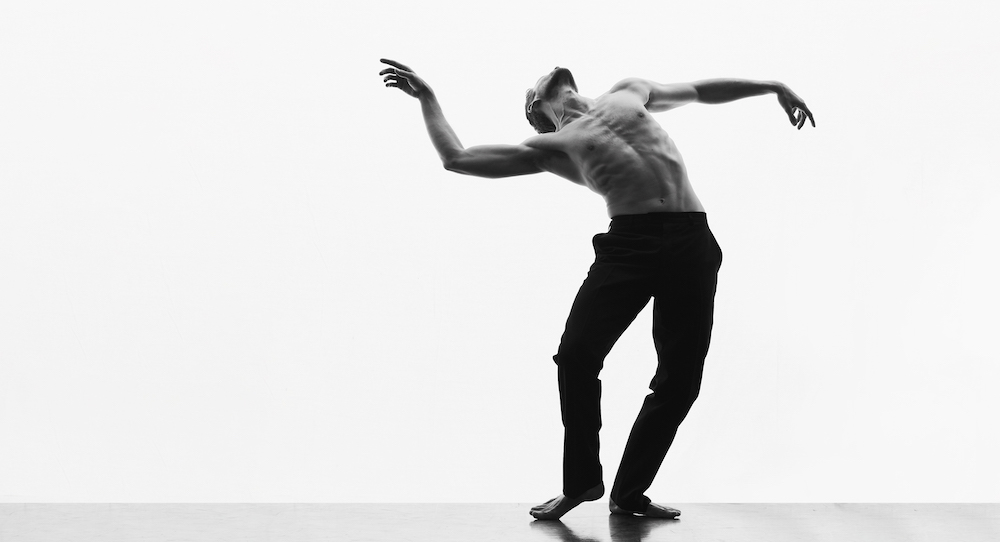 Australasian Dance Collective (ADC) is taking the original iteration of THREE: Lister / Lane / Shechter on the road and down Australia’s East Coast this Autumn Winter.

For the first time in three years, the Collective is back on tour with this trio of works from renowned choreographers Jack Lister, Melanie Lane and Hofesh Shechter.

The stunning triple bill from the Brisbane-based collective opens in Toowoomba on 10 May, and finishes up at Redlands on 1 July.

THREE premiered to rave reviews at QPAC in 2021, with critics heralding it “formidable, exquisite and intriguing”. Critics were mesmerised by the artistry of ADC’s six dancers, as well as the scale of the program, with three distinct and varied works.

The tour of THREE: Lister / Lane / Shechter coincides with the appointment of choreographer and ADC company dancer Jack Lister as ADC’s Creative Associate.

Australasian Dance Collective’s Artistic Director Amy Hollingsworth says Lister is an exceptional talent, continually seeking new ways to hone his craft and evolve as an artist. “Jack has undeniable artistic instinct, a proclivity for hard work and a desire to challenge himself creatively. He has repeatedly demonstrated his incredible capacity for choreographic excellence and reimagining boundaries. This new role with ADC is a recognition of his talent and the scope of his contribution to the company’s live and digital offerings,” she says. “I look forward to continuing to work closely with Jack on the creative visioning for ADC.”

Israeli-born, London-based Hofesh Shechter is one of the world’s most exhilarating and groundbreaking choreographers, and Cult is the work that propelled the dance revolutionary into his global career.

Instinctive and raw, and presented in association with Hofesh Shechter Company, Cult is a powerful illustration of his unique and celebrated choreography.

A once-in-a-generation talent, Shechter is inspired by Israeli folk dance, rock gigs, military exercise, nightclubs, installation art and film to create pumping, high energy works that are accompanied by scores that he composes himself.

Melanie Lane is one of Australia’s strongest choreographic voices, seamlessly blending elegance with sexy, edgy physicality. Set to a driving soundtrack from renowned composer Clark, Alterum transports you to a universe beyond our natural world.

Drawing on the reoccurring themes of the supernatural body, seen in history through mythological hybrid creatures or in today’s hyper-real superheroes of science fiction, Lane reflects on the human body and its search for intimacy.

Brisbane rising star Jack Lister fuses dance and visual art in the intricate and hauntingly beautiful Still Life. Inspired by the artworks of the 16th and 17th century Memento Mori movement, it serves as a touchstone of our own mortality, the beauty in decay and our relationship with time.

Still Life embraces the dichotomy of the permanence of visual artworks against the impermanent nature of dance, creating a world of poignant conflict – time passes but memories endure.

Hollingsworth says the breadth of the triple bill featuring Australian and international choreographers will not only showcase the range and versatility of the collective’s dancers but will also delight audiences.

“We all respond to art in different ways, the gift of a varied program such as this, is that there really is something for everyone – from moments of intricate and haunting beauty to powerful and raw abandon,” she says.