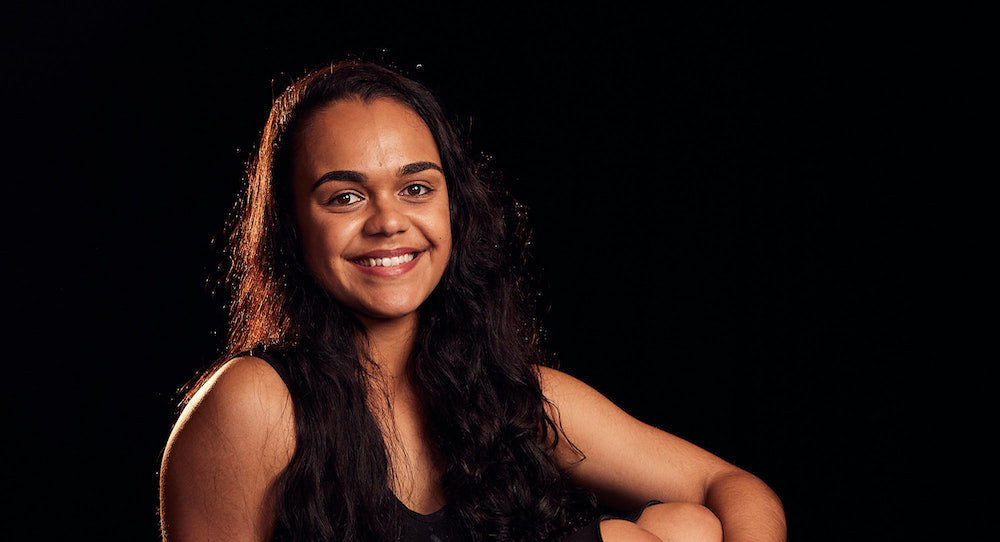 There are dance companies, and then there is Bangarra. Imbued with a purpose that goes beyond performance, the country’s top tier indigenous arts organisation and global standard bearer for Australian First Nations’ storytelling is much more than a prize gig to the company’s newest recruits.

Dancing since the age of four (starting with hip hop and later discovering contemporary indigenous dance), Janaya Lamb says simply, “Bangarra is so important in my eyes, as it’s a safe space to share our people’s stories and bring so many people together. As a young Indigenous woman, it was a place where I could continue pursuing my love for dance, and travel to communities where I could learn more about my culture.”

Like Lamb, this year’s Russell Page Graduate, Jesse Murray, has Wiradjuri ancestry (from central NSW). As a dancer since childhood, when he was introduced to traditional dances in Cowra, he too has regarded Bangarra as much more than a career goal. As he explains, ”Continuation and recognition of our people is a big part of why I dance and why I continue to be involved in both contemporary and traditional styles of dance.”

Aside from their Wiradjuri connection, Lamb and Murray share a strikingly similar pathway. Both were switched onto contemporary indigenous dance through Bangarra’s Rekindling program, which aims to connect with aboriginal youth across the continent. Later, they both went to NAISDA (National Aboriginal Islander Skills Development Association) Dance College in Gosford.

“Since I was a young girl, I always enjoyed dance, learning choreography from music videos and making up dances in the garage,” Lamb recounts. “Hip hop and urban dance was mainly what I would always be doing. The music, the feeling it would give me, was so fulfilling. It wasn’t until high school, when I was in the Rekindling program, that I decided to pursue dancing even further.”

Murray was likewise inspired by Rekindling. “Both traditional dances in Cowra and contemporary dance through Rekindling made me realise I wanted to continue with dance through NAISDA, which led me to where I am today.”

As he begins his time with Bangarra Dance Theatre, Murray reflects on the opportunities that his new role affords. “I’m most looking forward to pushing myself to be a better dancer and storyteller through movement,” he reveals. “But I’m also very excited to learn and be a part of the many storylines that traverse the countries of Australia.”

Meanwhile, Lamb acknowledges the step-up in expectation and visibility that comes with the Bangarra name. “I’m nervous coming into a company where some people may have been dancing their whole lives, but I’m more excited to learn from everyone around me and be grateful for this opportunity.”

Perhaps, amidst the glare of the spotlight and the attendant cultural politics, it is easy to forget that Lamb and Murray are, like many Dance Informa readers, young dancers embarking upon an uncertain journey. Despite reaching an elite level most of us won’t, there is something in their story we can all connect with, regardless of our perspective on the many loaded issues that swirl around the effects of invasion and modernity on Australia’s first people.

“In Year 7 [2012], when I was first introduced to contemporary indigenous dance, I met Sani Ray [Townson] and Sidney Saltner [Rekindling facilitators] for the first time,” Lamb illustrates. “I was doing a move that seemed to be kind of infused with a bit of hip hop, so I felt a bit more familiar and comfortable. Sani picked me out in front of all the other students and made me do it in front of everyone. At first, I felt real shame, but then I started to feel real proud. Fast forward to 2019, and Sani came to NAISDA to direct the End of Year show, and he remembered me. Fast forward to now, and he’s hugging and congratulating me on my position in Bangarra. These memories and experiences I hold onto deeply.”

2022 will surely be a turning point for both of Bangarra’s new recruits, personally and professionally. The arc of their dance lives is about to enter its most fruitful phase, but beyond the relatively short career of a dancer their new roles may well speak to timelines measured in millennia and manifested in countless human lives.