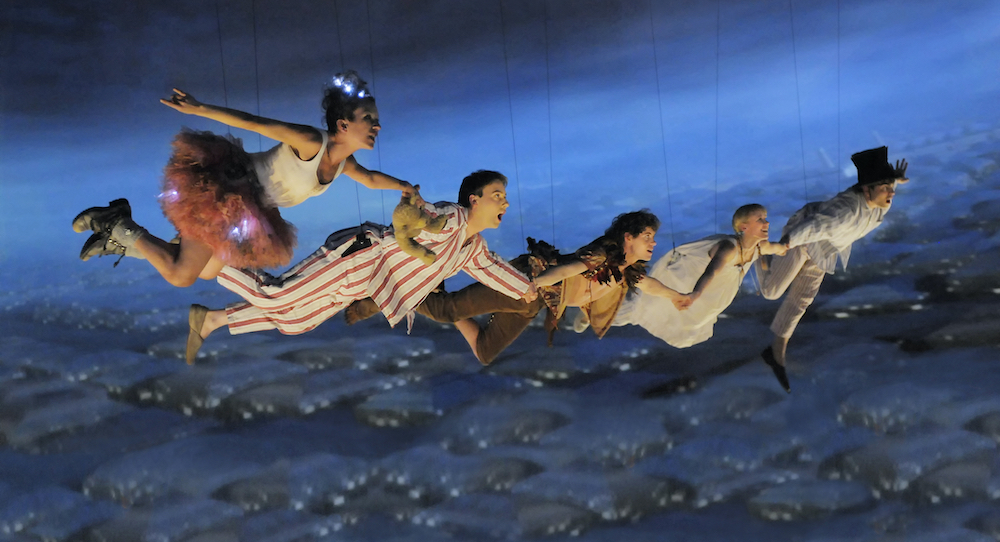 Melbourne has secured yet another Australian exclusive with the announcement by Impresario Productions that they are bringing the acclaimed theatrical show, Peter Pan – The 360° Adventure, to Melbourne from June 2022.

Peter Pan – The 360° Adventure will be housed in the new Impresario Hippodrome at Birrarung Marr, a 1500-seat, air conditioned, theatre in-the-round with no seat more than 20 metres from the stage. The performance is faithfully based on the JM Barrie play and novel with the blessing of JM Barrie’s family.

“We are delighted to be partnering with Impresario Productions to bring this exciting and entertaining experience to our great city,” the Lord Mayor Sally Capp said. “Melbourne is the undeniable theatre capital of Australia, and we’re looking forward to welcoming theatregoers back to the city for a spot of pre-show shopping and a bite to eat at one of our fabulous restaurants.”

Theatre producer Craig Donnell from Impresario Productions said, “We are delighted to be presenting a spectacular theatre experience in a unique venue with technology Australian audiences have never seen before. Peter Pan – The 360° Adventure is an Australian-first experience with over 5,000 square metres of high resolution digital scenic projections and Computer Generated Image (CGI) effects to create a spectacular technological backdrop to tell the much-loved Peter Pan story.”

He added, “The cast perform elaborate aerial feats against this backdrop to give the audience a bird’s eye view of flying over the rooftops of Edwardian London to the magical kingdom of Neverland. With an original soundtrack written by celebrated composer Benjamin Wallfisch and recorded by members of the London Symphony Orchestra, the experience has been described as like living in Pixar film or a spectacular video game.”

Peter Pan – The 360° Adventure will employ over 200 staff, cast and crew during the Melbourne season.

Peter Pan – The 360° Adventure will be presented in Australia by Craig Donnell for Impresario Productions in association with The Estate of John and Barbara Gilbert and Matthew Churchill Limited.

For more information and to join the waitlist for priority bookings, visit peterpan360.com.au.