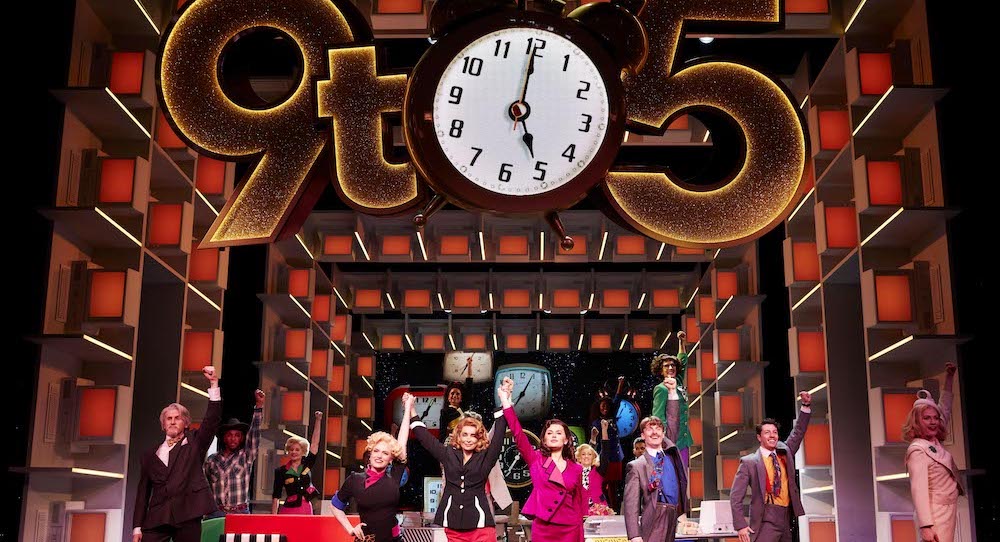 9 TO 5, Dolly Parton’s West End smash-hit musical, is back in business in 2022. The Australian premiere will open in February next year at the Capitol Theatre, Sydney with tickets on sale from 25 October. Internationally acclaimed and loved by audiences and critics alike, 9 TO 5 is pure gold carat fun!

Set the alarm for a great night out at Parton’s joyous smash-hit musical 9 TO 5, featuring knock-out songs and high-flying ambitions.

A sensation on the West End and inspired by the hit film, the musical tells the story of Doralee, Violet and Judy, three enterprising workmates pushed to the edge by their mean-spirited boss, Franklin Hart Jnr. Resorting to wit, comradery and cunning, they dream up a no holds barred scheme to kidnap and turn the tables on their controlling supervisor in the most hilariously defiant of ways. The only question is, will the feisty trio manage to change the office culture to reach their full potential — or will events unravel when the CEO pays an unexpected visit?

With a sparkling score by Parton and a book by the iconic movie’s original screenwriter Patricia Resnick, 9 TO 5 is the quintessential feel-good show for the times, full of mischief, laughter and affection.

The West End production of 9 TO 5 was secured for Australia after it opened to rave reviews from critics and the public alike in 2019. Due to its huge popularity, the West End production was extended from its original 16-week season to well over a year prior to closing due to COVID in 2020.

“I am beyond excited that we can finally bring this show to Australia,” said Parton. “The response to 9 TO 5 from around the world has been incredible. The overwhelmingly positive fan reaction to this universal story tickles every rhinestone on my body! I can’t wait for more people throughout Australia to have a good ole singalong, and the time of their life.”

Producers John Frost for Crossroads Live, Suzanne Jones and Ambassador Theatre Group Productions are thrilled that 9 TO 5 will finally have its Australian premiere in Sydney. “When COVID hit last year, we were two weeks from starting rehearsals. But now, 9 TO 5 is back in business, and we are so excited to have confirmed our theatre, set the dates, and we’re now assembling our cast,” they said. “After the last 18 months, Australia is ready to laugh, and will love this upbeat, fun and inspirational production that is full of Dolly Parton’s fantastic music including the iconic title song.”

The Australian premiere, secured exclusively for Sydney by the NSW Government through Destination NSW, will be a major drawcard for visitors to NSW.

Minister for Tourism Stuart Ayres said securing the Australian premiere of 9 TO 5 was a coup for Sydney and would give the state’s visitor economy a welcome boost by creating jobs and attracting visitors to the Harbour City after the ongoing challenges of COVID-19.

“The NSW visitor economy stands to benefit significantly from hosting Dolly Parton’s 9 TO 5, and we look forward to welcoming visitors to Sydney to see this upbeat, high-energy production come to life and bring some rhinestone sparkle to our stages,” Ayres said. “The NSW Government is focused on investing in world-class events to deliver on our goal of becoming the premier visitor economy in the Asia Pacific, and securing this production for Sydney will bring welcome positivity as we emerge from the challenges of the pandemic.”

The Australian Government is supporting 9 TO 5 through its $200 million Restart Investment to Sustain and Expand (RISE) Fund, a program that is providing financial assistance to arts and entertainment companies affected by COVID-19.

Minister for Communications, Urban Infrastructure, Cities and the Arts, the Hon Paul Fletcher MP, said he is pleased to have provided funding to 9 TO 5 to support almost 200 employment opportunities for the sector in Sydney.

“Our support through the RISE Fund will enable this uplifting musical comedy to entertain Sydney audiences throughout the season, will get some of our most talented performers back on stage, and will help stimulate the economy with flow-on benefits for the tourism industry and allied sectors,” Fletcher said.

Inspired by the award-winning classic film and brought to us by Parton herself, this joyous musical boasts a book by the iconic movie’s original screenwriter Patricia Resnick and an Oscar, Grammy and Tony Award-nominated score by the Queen of Country herself, Dolly Parton, including her much-loved hit song, “9 to 5”. It is directed by Jeff Calhoun, with choreography by Lisa Stevens, design by Tom Rogers, lighting design by Howard Hudson, West End sound design by Poti Martin, video design by Nina Dunn, original arrangements by Stephen Oremus and Alex Lacamoire, original Broadway orchestrations by Bruce Coughlin, and musical supervisor, reductions and extra arrangements by Mark Crossland.

9 TO 5 will run at Sydney’s Capitol Theatre from February 2022. To join the waitlist, visit 9to5themusical.com.au.