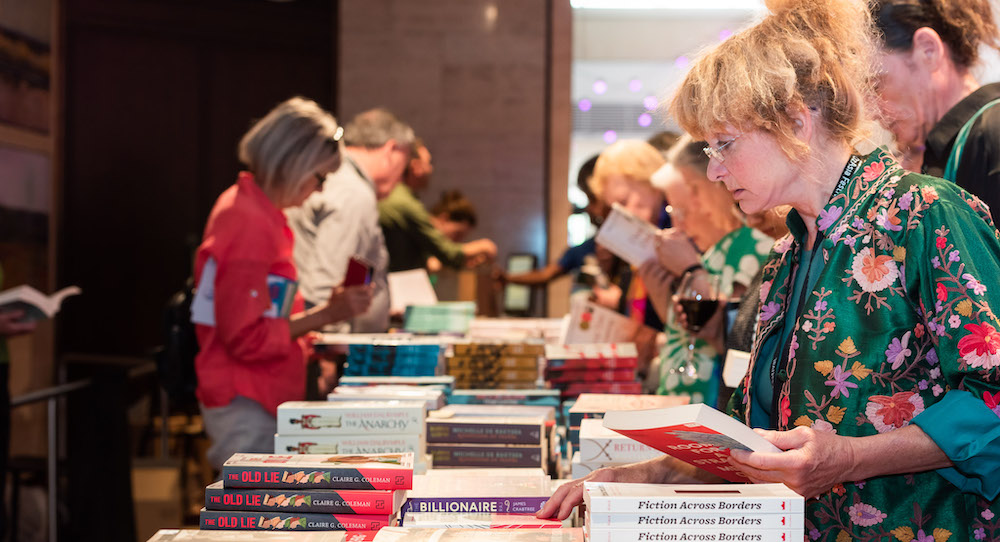 OzAsia Festival’s new writing and ideas program, In Other Words, has revealed the full line-up of speakers and sessions at Adelaide Festival Centre’s Dunstan Playhouse from November 5 to 7.

In Other Words will bring together more than 40 of Asia and Australia’s most inspiring contemporary writers and thinkers as they engage in vital conversations about our past, present and future. The program will coincide with the closing weekend of OzAsia Festival (October 21 to November 7), Australia’s leading contemporary arts festival fostering cultural engagement between Australia and Asia.

In Other Words Program Curator Laura Kroetsch said, “We are delighted to present the inaugural In Other Words as part of OzAsia Festival 2021. It’s going to be an exciting snapshot of Australia in the Asia-Pacific, and we’ll be exploring some of the key issues here at home and across the region. We hope you can join us for important discussions about the remarkable times we find ourselves in, and what might be waiting for us just over the horizon.”

In Other Words will officially open with You Are Here (And So Is China) – a panel discussion about the implications of an increasingly powerful China – and concludes with a closing night debate on whether Australia is an Asian country, with broadcast personality Marc Fennell, comedian Jennifer Wong and playwright Anchuli Felicia King among those set to weigh in.

The program also includes celebrity chefs Adam Liaw and Hetty McKinnon for a session called Making Food Making Culture. They will explain the inspiration behind their new cookbooks – Tonight’s Dinner and To Asia, With Love respectively – in a conversation about memory, culture and food.

American-Canadian author, filmmaker and Zen Buddhist priest Ruth Ozeki will share insights from her new novel The Book of Form and Emptiness, while science fiction writer Chen Qiufanwill talk about his latest work AI 2041: Ten Visions for Our Future. Co-authored with former head of Google China, Kai-Fu Lee, AI 2041 blends imaginative storytelling and scientific forecasting to explore how artificial intelligence will change our world over the next 20 years.

The session Trauma, Story, Truth will feature award-winning author Larissa Behrendt, who has long written about how memory and trauma inform generations of Aboriginal Australians, including in her new novel After Story. Behrendt will be joined by women’s health and safety advocate Amani Haydar, who was a practising lawyer when her father murdered her mother. In a session chaired by Guardian Australia senior journalist Tory Shepherd, Behrendt and Haydar will explore the way the past informs the present and future.

An early release in August saw tickets sell out quickly to Lunch on the Riverbank with Parwana, which will invite guests to enjoy a special lunch, conversation and book signing with local writer and restaurateur Durkhanai Ayubi on the Adelaide Oval footbridge.

In light of interstate travel restrictions, In Other Words will be delivered in a revised format with a reduced number of events and many of the speakers joining in via video link. It has also moved from its original venue of the Adelaide Riverbank Lawns to the Dunstan Playhouse, with moderators appearing on stage to host each session.

Registrations are now open for those wishing to secure their seats, and unregistered attendees will be admitted subject to capacity. Viewers across Australia and overseas can tune in through a free livestream, and video recordings will be available to watch on the OzAsia Festival website after the event.

OzAsia Festival Artistic Director Annette Shun Wah said, “We are thrilled with the depth and quality of speakers and writers from all over Australia and Asia who are keen to share their knowledge and insights. While we’re unable to bring you the full program of speakers we had planned, the revised format offers an engaging experience for our audiences. We hope they enjoy the move indoors and larger seating capacity for each session. We are grateful to our In Other Words speakers for being so flexible as we deliver a hybrid program, especially those who will be joining us via video link.”

OzAsia Festival 2021 also includes ticketed performances across theatre, music, dance and comedy along with visual art exhibitions and the return of foodies favourite Lucky Dumpling Market to Elder Park, while the ever-popular Moon Lantern Parade is evolving into a Moon Lantern Trail with roving performances, interactive workshops and live music.

Adelaide Festival Centre CEO and Artistic Director Douglas Gautier AM said, “There is simply nothing like South Australia’s own OzAsia Festival. Together with the incomparable Annette Shun Wah in the first year of her three-year term as artistic director, we continue to find new and exciting ways to bring art, culture, community and dialogue to the heart of the city. We are thrilled to bring In Other Words 2021 to audiences both online and in the Dunstan Playhouse through our new hybrid presentation model. I encourage our audiences to join us for an exciting line-up of conversations not to be missed.”

For more information and to register for In Other Words, visit www.ozasiafestival.com.au.