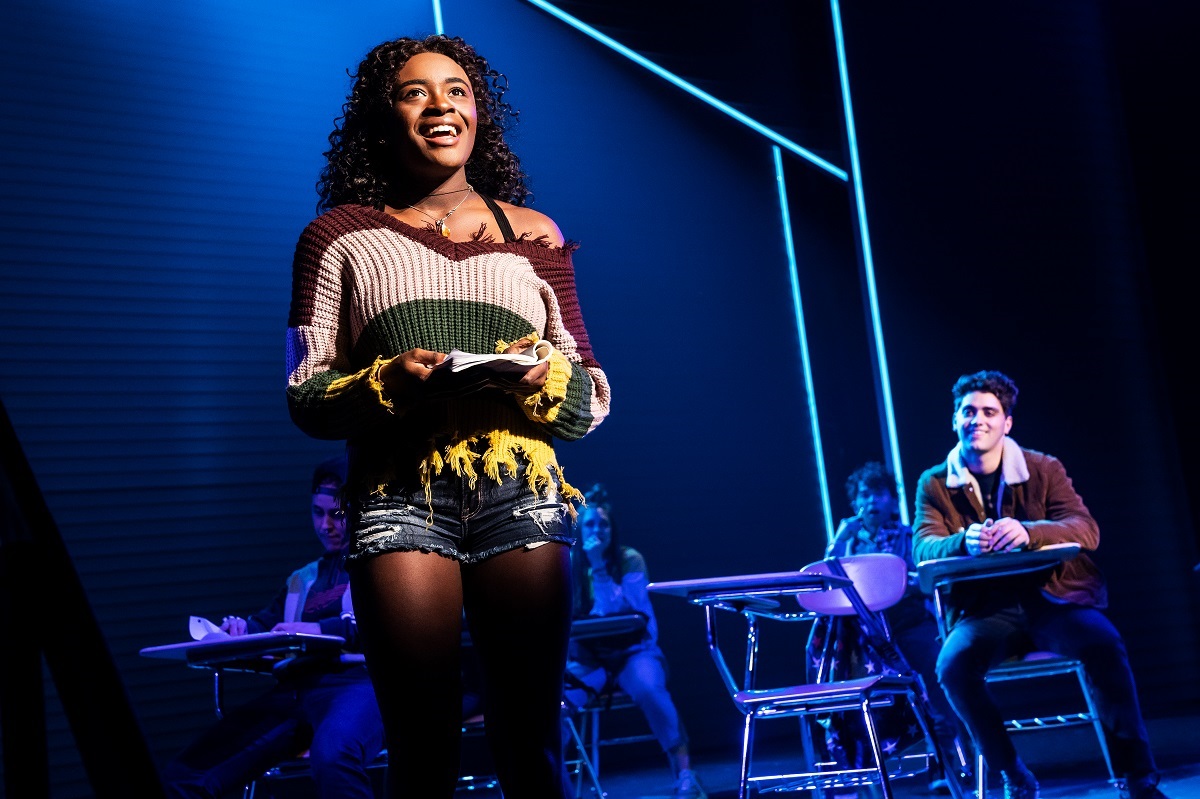 Tickets for the exclusive limited season on sale now at jaggedmusical.com. The original Sydney season was postponed due to COVID-19 restrictions, and original ticket holders will be notified directly regarding the new rescheduled performance dates in December.

Natalie Bassingthwaighte will star in the Australian production of Jagged Little Pill in the lead role of Mary Jane Healy, the perfectly imperfect mother. She has it all together on the outside but is achingly fragile on the inside, learning to navigate her own struggles but also safeguarding her and her family’s needs for healing. Bassingthwaighte is one of Australia’s most awarded and beloved entertainers, having developed a rich career as an actor, musician and TV presenter. She was most recently seen on Australian stage in her critically acclaimed performance as Roxy Hart in Chicago. After commencing her career in musical theatre productions such as Rent, Grease and Footloose, the multiple Logie Award nominee also has vast acting credits, including her successful long run in Neighbours, and is about to star in Baz Luhrmann’s Elvis playing a young Elvis’ stepmother alongside Tom Hanks. Bassingthwaighte has appeared as host and judge on a variety of TV talent programs in Australia and New Zealand, and as the front woman for Australian pop dance group The Rogue Traders, she went on to dominate the pop music charts before releasing her solo album which debuted at Number 1 on the ARIA charts.

“I am beyond excited and privileged to be part of this incredible show,” said Bassingthwaighte. “I have such admiration for the key creative team in Alanis, Diablo and Diane who have created a show full of heart, courage, determination and a vulnerability which I am looking forward to bringing to the role of MJ. I was a huge Alanis fan and of the album as a young adult, a time where I was discovering what sort of person I wanted to become, and I can’t wait to be able to tell this story on stage through the incredible music and lyrics entertaining audiences but also filling them with hopeful inspiration.”

This news in Australia was announced on the eve of the prestigious Tony Awards on Broadway, where Jagged Little Pill was the most nominated show with a total of 15 nominations, and one of the most Tony nominated productions of all time. The show took home two Tony Awards, including one for Diablo Cody for best book of a musical.

Ticket sales in New York are reaching daily records as it hurtles toward its return to the stage. Sydney audiences will be the first outside of Broadway to experience this electrifying and inspiring production from December as it plays an exclusive limited season at the Theatre Royal Sydney.

“The world and COVID-19 have not made things easy, but we know that our endlessly resourceful and tenacious partners Trafalgar Entertainment have assembled an extraordinary cast and team, and we can’t wait to reopen the historic Theatre Royal Sydney and show Australian audiences the uncompromising power of Jagged Little Pill,” said lead producer Arvind Ethan David.

Further casting for the Australian production will be announced shortly. The opening of the refurbished Theatre Royal with the exhilarating production Jagged Little Pill would signal a major milestone for Sydney.

NSW Minister for the Arts Don Harwin said, “Sydney is coming back with a bang, opening this fantastic, reimagined venue with the first production of Jagged Little Pill outside of Broadway. This is sure to be an incredible show, drawing on one of the greatest albums of our time, and fans will be in for an unforgettable night out. It’s the first of many great productions for the Royal that’ll bring nightlife back into the centre of our great city.”

NSW Minister for Jobs, Investment, Tourism and Western Sydney Stuart Ayres said, “This production at the Royal showcases everything we do brilliantly here in the Harbour City. Audiences will be able to soak up the culture, world-class hospitality and 24-hour economy.”

Jagged Little Pill is an emphatic new musical with a story that takes a look at what it means to be alive in 21st century America ignited by Morissette’s beloved hits such as “You Oughta Know”, “Head Over Feet”, “Hand In My Pocket” and “Ironic”, as well as two brand new songs written just for the show. Jagged Little Pill features lyrics by Morissette with music by Morissette and six-time Grammy Award winner Glen Ballard and an original story written by Oscar Award winner Diablo Cody (Juno, Tully). The production is directed by Tony Award winner Diane Paulus (Waitress, Pippin), movement direction and choreography is by Olivier Award winner Sidi Larbi Cherkaoui, with music supervision, orchestrations and arrangements by Tony and Pulitzer Prize winner Tom Kitt.

Released on June 13, 1995, the tremendous success of Morissette’s album Jagged Little Pill skyrocketed her to become the bestselling international debut artist in history, a title she still holds, with the record’s sales reaching 33 million copies worldwide, winning five Grammy Awards. Now, 25 years after its release, Jagged Little Pill continues to be one of the Top 20 Best-Selling Albums of All Time. In Australia, the album has sold in excess of one million albums, is certified 2x Diamond, spent 10 weeks at #1 and was the highest selling album in 1996. With 10 eclectic and acclaimed albums released over the subsequent years, Morissette’s music has garnered seven Grammy Awards (with 14 nominations), a Golden Globe nomination and total sales of over 60 million albums.

The story of Jagged Little Pill centres around the Healys, a seemingly perfect suburban family striving to hide the cracks beneath the surface when a troubling event shakes their community. Using themes and emotions in the original album, the musical embraces today’s powerful social voice and burns with passion in its uplifting storytelling, ultimately highlighting the hope and healing that comes when people come together.

Jagged Little Pill opened on Broadway in December 2019, following its record-breaking, sold-out world premiere at the American Repertory Theater. Fans and critics were unapologetic with their love for the musical and of course were devastated when the show had to shut down due to COVID-19 restrictions three months into its Broadway season. Its success, though, has not been halted with a 2021 Grammy Award win for the Best Musical Theatre Album released through Atlantic Records and then scooping the pool with 15 Tony Award nominations including Best Musical, Best Director, Best Book and Best Choreography, making it the production with the highest number of Tony Award nominations for this season.

Jagged Little Pill will be presented for an exclusive limited season at Theatre Royal Sydney from 2 – 19 December. For tickets and more information, visit www.jaggedmusical.com.