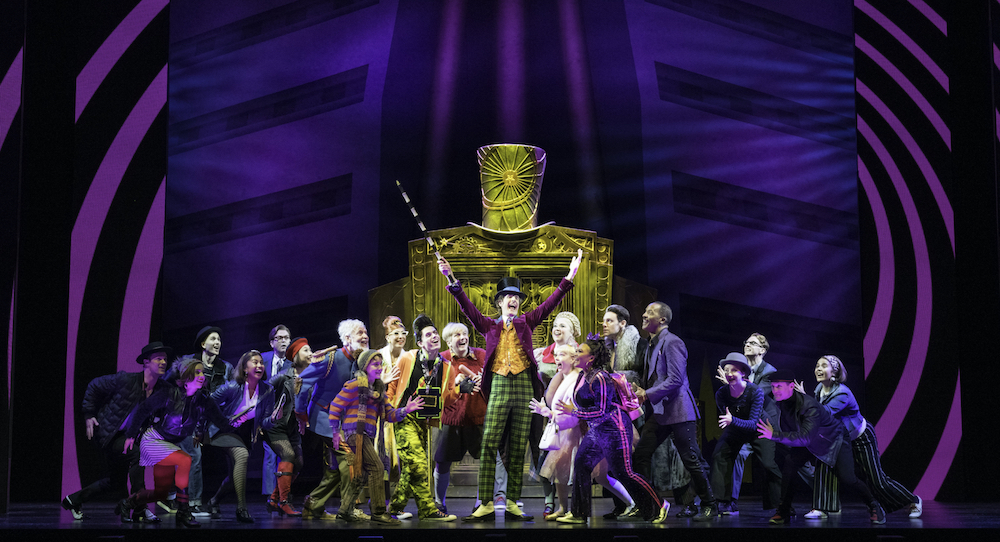 Queensland Performing Arts Centre (QPAC) will bring the spectacular new musical, Roald Dahl’s Charlie and the Chocolate Factory, to Brisbane this September. The multi-Helpmann Award nominated musical will play in QPAC’s Lyric Theatre, from 2 to 26 September.

Following successful seasons in Sydney and Melbourne, and after the scheduled 2020 QPAC season was unable to open due to the pandemic, Queensland audiences can at last step through the doors of Willy Wonka’s magical chocolate factory this spring.

Chief Executive John Kotzas said QPAC was excited to finally bring this acclaimed musical to Brisbane. “We are pleased to once again collaborate with John Frost and The Gordon Frost Organisation to present this production following our successful partnership on Shrek The Musical in January this year. Queenslanders love musicals, and we were determined to bring Charlie and the Chocolate Factory back to QPAC to ensure audiences would not miss the opportunity to be transported into ‘a world of pure imagination.’”

Producer John Frost said he was thrilled that Queensland audiences will soon experience the wonders of Charlie and the Chocolate Factory. “The world fell in love with Roald Dahl’s bewitching tale when the book was released, then filmgoers adored the 1971 film with Gene Wilder. “This new production is based on the original Broadway version and closely mirrors the beloved original film, enchanting audiences with the story again as it comes to life on stage. While overseas travel is currently off the cards, we are delighted audiences can take in a little of Broadway in Brisbane and be filled with nostalgia when they experience this wonderful story.”

Frost added, “Parents love sharing the childhood memories of their favourite Willy Wonka film with the whole family, and grandparents will love taking their grandkids. Audiences and critics fell under the spell of Charlie and the Chocolate Factory in Sydney and Melbourne. Now, in partnership with our friends at QPAC, we can’t wait to spread its magic in Brisbane.”

Following auditions by more than 300 hopeful artists in Brisbane and around the country (via video calls), the full cast was unveiled earlier in July. The full company comprises 10 Queenslanders playing lead and ensemble roles. Three Queensland boys will finally have the chance to redeem their Golden Tickets, having been cast in the role of Charlie in the scheduled QPAC 2020 season that had to be cancelled due to COVID-19.

The role of Charlie Bucket will be played Phineaus Knickerbocker (12 Mackenzie), Cooper Matthews (12 Paddington) and Flynn Nowlan (13 Nerang). Edgar Stirling (12) will also play Charlie, reprising the role from the Melbourne season of the production.

In this stage adaption of the much-loved Roald Dahl classic, Charlie lives with his mother and his four grandparents in a little wooden house near a great town and is the final child to find a Golden Ticket to tour the Wonka Chocolate Factory.

Willy Wonka, the most amazing, fantastic, extraordinary chocolate maker the world has ever seen, will be played by Stephen Anderson, who is delighted to be re-joining the cast of Charlie and the Chocolate Factory having previously played Mr Salt in premiere Sydney and Melbourne seasons. Anderson’s most recent theatre roles included playing Father Alex in Mamma Mia!, and he was an original cast member of the Australian and New Zealand tour of Matilda the Musical playing Sergei (understudying Miss Trunchbull and Mr Wormwood). His many theatre credits include: Falsettos (Darlinghurst Theatre Company), Man of La Mancha (Squabbalogic), The Light in the Piazza (NIDA) and A Year with Frog and Toad (Ensemble Theatre), as well as working extensively with Tall Stories and CDP Theatre Producers, including the original Australian productions of The Gruffalo, The Gruffalo’s Child and Room on the Broom. In 2014, he was nominated for a Sydney Theatre Award: Judith Johnson Award for Best Performance by an Actor in a Musical for his role in Falsettos.

The full cast for the Brisbane season of Charlie and the Chocolate Factory is listed here.

Roald Dahl’s Charlie and the Chocolate Factory is the perfect recipe for a delectable treat, featuring songs from the original film, including “Pure Imagination”, “The Candy Man” and “I’ve Got a Golden Ticket”, alongside a toe-tapping and ear-tickling new score from the songwriters of Hairspray.

Don’t miss the chance to step inside a world of pure imagination and experience the wonders of Wonka like never before. Get ready for Oompa-Loompas’ incredible inventions, the great glass elevator and more in this everlasting showstopper.

Charlie and the Chocolate Factory will play in QPAC’s Lyric Theatre from 2 to 19 September. For tickets, visit qpac.com.au/event/charlie_chocolate_factory_21.