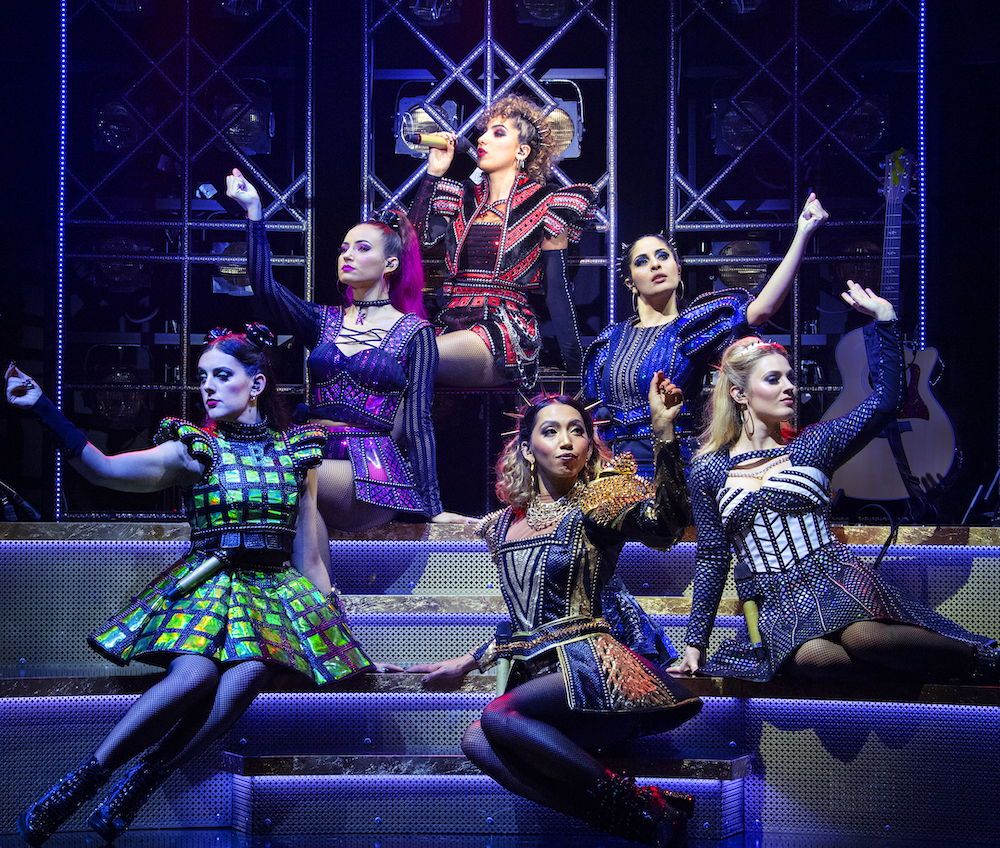 The Australian producers of SIX, the electrifying musical phenomenon by Toby Marlow and Lucy Moss, are thrilled to announce its tour will resume in Australia in November. Following a sold-out season at the Sydney Opera House in 2020, this new Australian production will premiere in Brisbane at QPAC’s Playhouse Theatre in November, and make a triumphant return to the Studio at Sydney Opera House from December. The tour will then continue to the Canberra Theatre Centre, Her Majesty’s Theatre inAdelaide,and Melbourne’s Comedy Theatre in 2022.

“Gosh, it’s just so exciting to finally have our amazing Australian production of SIX back up and running!” said Marlow and Moss. “The whole team is so, so special, and it’s just so wonderful to know that, after everything we’ve all been through in the past year or so, they’ll be able to share their extraordinary gifts with audiences again soon. And we are also super excited to be welcoming our incredible new Queens: Phoenix, Chelsea and Chiara! Queendom – get ready for them. They are amazing!”

A witty, pop-fueled musical packed full of sass, SIX remixes the history of the six wives of Henry VIII – Britain’s notorious Tudor King – as they take to the microphone to re-tell their stories and reclaim their HERstories, once and for all. Catherine of Aragon, Anne Boleyn, Jane Seymour, Anna of Cleves, Katherine Howard and Catherine Parr.

Two new Queens are crowned as they join the Australian cast, Phoenix Jackson Mendoza playing the first wife of Henry VIII, the sassy Catherine of Aragon, and Chelsea Dawson taking on the role of the playful fifth wife, Katherine Howard. In recent years, Mendoza has starred in Australian productions of Green Day’s American Idiot and Charlie and the Chocolate Factory. Newcomer Dawson made her professional debut in the recent production of Shrek the Musical.

Returning to the cast as the rule-breaking second wife Anne Boleyn is Kala Gare, having graduated from the Victorian College of the Arts (VCA) and starred in productions including Bright Star and Rent at Melbourne’s Chapel off Chapel.

Loren Hunter resumes her role as the loyal third wife Jane Seymour adding to her unfaltering musical theatre career including roles in Strictly Ballroom the Musical and King Kong the Musical.

The independent Anna of Cleves will be once again played by VCA graduate Kiana Daniele, who made her professional debut in The Production Company’s Boy from Oz and played Baby in Dirty Dancing presented by Immersive Cinema.

Musical maven Vidya Makan, who reprises her role as the empowering Catherine Parr, is a graduate of Queensland Conservatorium of Music. Her previous roles include the Australian tour of Green Day’s American Idiot and Australian Shakespeare Company’s Romeo and Juliet.

Joining the SIX Australian Queens as they embark on this new tour will also be the extremely talented swings made up of returning cast members Karis Oka and Shannen Alyce Quan and brand new swing and Dance Captain Chiara Assetta.

The original UK producers of SIX said, “We are humbled that SIX in Australia has plans to reopen later in the year, and we couldn’t be more indebted to Louise Withers and her team for their perseverance in the face of adversity. We can’t wait to see the Queens display their incredible talent on stages Down Under and have no doubt that the show will provide joy and empowerment to audiences across Australia as it had done prior to lockdown.”

On behalf of the Australian producers, Louise Withers said, “We are incredibly thrilled to be re-starting our Australasian tour. SIX has become a phenomenon around the world, and we are re-set to continue the sensation in Australia, with these incredibly powerful and dynamic performers. We are excited to bring Australia’s next generation of leading ladies to the stage, and we are sure to see them empower and inspire audiences around the country the way only these Queens know how!”

QPAC Chief Executive John Kotzas said SIX will receive the royal welcome it deserves from Brisbane audiences when it hits the Playhouse stage in November. “Our audiences love musicals, and for some time now, we have been looking forward to bringing SIX to Brisbane after its sold-out Sydney season. This is a show that celebrates six remarkable women from history in a way that is witty, clever and powerful. It’s a show that cannot be easily categorised, but that’s precisely what gives it such broad appeal.”

Sydney Opera House Head of Contemporary Performance Ebony Bott said, “As the voices of young women continue to get louder, it’s a privilege to be bringing this retelling of history to the Opera House stage. Spurred by the insatiable appetite of the Queendom (SIX superfans!), we’re thrilled that SIX is returning to headline the Opera House’s Contemporary Performance summer program. By smashing the archetypal musical, pop-concert and the patriarchy to create HERstory, SIX reimagines and reinvents the stories of Aragon, Boleyn, Seymour, Cleves, Howard and Parr so they are utterly contemporary.”

Since its early days as a student production in a 100-seat room at Sweet Venue during the 2017 Edinburgh Fringe Festival, SIX has continued its reign and become a global phenomenon, with its Studio Album achieving in excess of 200 million streams worldwide, second only to Hamilton.

As the pandemic struck, SIX was playing to sold out houses in London’s West End, across the UK and Australia, and had its opening night in New York on Thursday March 12, cancelled when the New York Governor shut down Broadway three hours before the show was due to open. SIX was nominated for five Olivier Awards, including Best New Musical, and won the BBC Radio 2 Audience Award for Best Musical at the Whatsonstage Awards. It is currently back on stage in the West End, has embarked on a UK tour and will reopen on Broadway on 17 September 2021.

The SIX powerful women are transformed from Tudor Queens to Pop Princesses as they take the mic to reclaim their identities out of the shadow of their infamous spouse, twisting the narrative from 500 years of historical heartbreak into a celebration of 21st century girl power. The cast is backed by their incredible band, the Ladies in Waiting.

SIX The Musical has book, lyrics and music by Toby Marlow and Lucy Moss. It is directed by Moss and Jamie Armitage and choreographed by Carrie-Anne Ingrouille. Set design is by Emma Bailey, costume design is by Gabriella Slade, lighting design is by Tim Deiling, and sound design is by Paul Gatehouse. The orchestrator is Tom Curran, and musical supervisor is Joe Beighton.