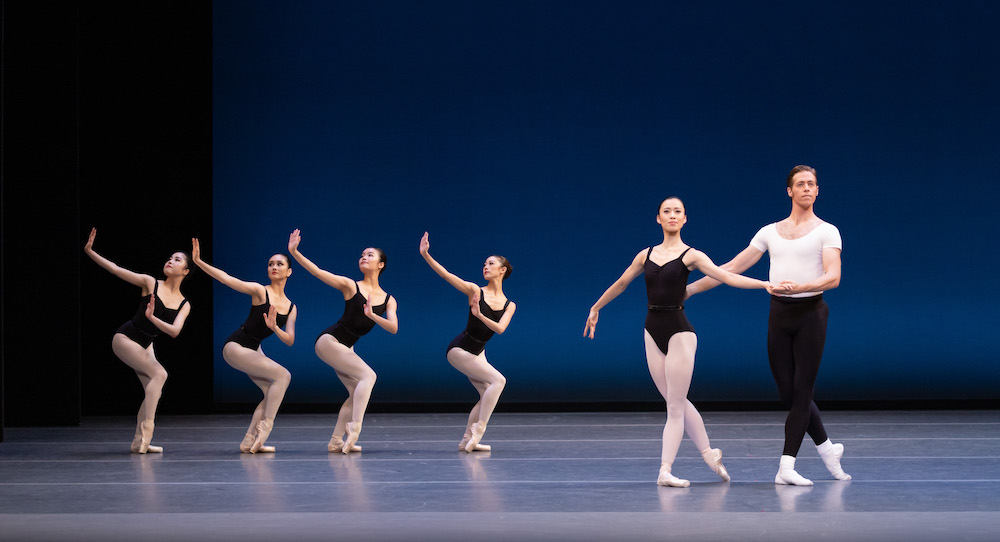 The Australian Ballet is back in Sydney, after a long break due to COVID, and the Sydney audiences have been counting down for this new season to commence. The anticipation and excitement for live performance has been such a build-up after everything that happened in 2020. With the drought in in accessibility to live theatre, I, like many others, have had high hopes for the line-up opening the 2021 season for this reason alone. In addition to that, there is also the change in leadership with recently appointed Artistic Director David Hallberg at the helm, and just to add another layer, he is the first non-Australian to be leading the company in some time.

The programme is titled New York Dialects, appropriately named with Hallberg spending much of his own career in New York City with the American Ballet Theatre and all the choreographers also being New Yorkers. Right now, it is a welcomed taste of the Big Apple for those who may be craving to leave Aussie soil, so this is as close to New York right now unless it is via screen. Top and tailing the triple bill were iconic works by George Balanchine wedged in between a newly commissioned work. Commissioning a new work and have it premiere in his first full season is a bold decision as a new director, so Hallberg deserves credit for a such a brave move. Being his first season at the helm, you do need to ask if it was a good decision? It is something time will tell and the loyal patrons will decide.

The curtain came up to the striking opening tableau of Balanchine’s Serenade and to the somewhat haunting music of Tchaikovsky’s Serenade for Strings in C. You are immediately captured. The ballet heavily features the company’s female dancers, with just three male dancers. You see the women frozen, simply dressed in pale blue leotards and soft chiffon skirts. Later in the work, the three male dancers support the female cast, but the men are not particularly ‘featured,’ so the choreography really champions the women.

Dimity Azoury shone as the ballet’s leading lady, both in her serene portrayal in the principal role and also in her technical ability. This ballet really shows why Balanchine is known as a master of symmetry; there wasn’t anything that was not perfectly spaced or aligned. Throughout the work, every shape and pattern matched with the music, so meticulously created, and the cast did not step a foot wrong. At times, Balanchine’s choreography is deceptively simple, and at others, there is a myriad of speed and difficulty that is so very technically demanding.

Watermark was the evening’s premiere work, choreographed by Pam Tanowitz. There is a long-standing relationship between Tanowitz and Hallberg, and they’ve both openly discussed the trust they have between each other in a creative space. Escaping from the USA to Australia to be in a normal creative space is something that a two-week quarantine was worth enduring to be able to work in the post-COVID normality that we are so blessed with here in Australia, so it isn’t a surprise that it was an opportunity that any choreographer would jump at.

Opening with the dancers coming through the front of the auditorium, up the stairs and to the stage, leading the audience’s eye to see the depth of the full stage of the Opera House gave it a wonderful dynamic that later became the well used space by the dancers. The dancers were dressed in stark white loungewear-looking outfits with black socks peeping through and white jazz shoes. This look of the work seemed to give a little nod to Twyla Tharp’s In the Upper Room but in a more androgynous way. There were just so many elements from so many places. There were some ballet moments but then some very modern. There are moments of a soft shoe shuffle and a mazurka step, and there were even soubresauts performed as a manège. It was a bit of everything and yet still not defined. It did appear like the work was an amalgamation of all of Tanowitz’s influences through her career.

In Watermark, Tanowitz chose to work with a cast dominated by a male cast as a juxtaposition to Serenade. The difference between the two works is that the female dancers blended in because the costume design of Harriet Jung and Reid Bartelme, whereas with Balanchine’s work, the men did not. Did that bring equality between the two sexes during the work or take away their uniqueness? What consistently stood out was the original score by Caroline Shaw — unique and easy on the ear and beautifully composed to suit dance. You can see what led Tanowitz to be inspired to create with Shaw’s composition. Overall, the work left many wanting more, albeit judging by the chit chat during interval, so it seems like it is more of a ‘miss’ than a ‘hit’ on this occasion. But there is still a whole season here in Sydney and then again later in the year in Melbourne, so there is time for the dancers to connect more with the work on a deeper level.

The finale of the evening was Balanchine’s The Four Temperaments, and it seemed to be the favourite with the audience in this triple bill. The work is trademark Balanchine, both in look and style, with the dancers in black and white ballet uniform-styled leotards and tights. The same look also featured in his other works like Agon, it’s very minimalist and leaves the dancers nowhere to hide. Set to the music by Paul Hindemith and dubbed by Balanchine “a dance without plot,” it still engages with the idea of the four common personality features or temperaments — phlegmatic, melancholic, choleric and sanguine. Balanchine discusses these ideas as a “departure point” for both he the choreographer and the composer. In The Four Temperaments, each dancer is seen in their own element, both displaying the pure lines and energy of the choreography and also showing their own individual strengths and personality. Stand-out performances to be noted were from Amy Harris, Robyn Hendricks and Adam Bull. The work was a wonderful close to this triple bill, with strength in the boldness in the movements, whereas there was a strength in the softness in what we saw earlier with Serenade.