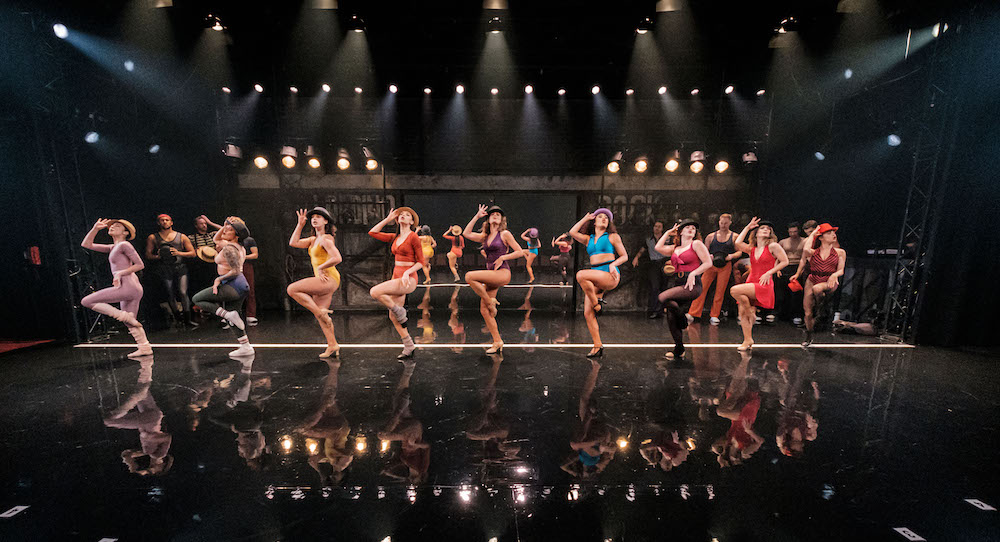 When A Chorus Line opened on Broadway in 1975, it created a storm, and now it’s to come back to life in the Darlinghurst Theatre Company production in Sydney. The production was created by Michael Bennett from interviews with a group of dancers, and is directed and produced by Amy Campbell.

Hailing from the Central coast, Campbell is revelling in reproducing the iconic production of A Chorus Line, which will be the same but different.

“We originally had the cast all ready last year, pre-pandemic, and we closed on opening night!” Campbell explains. “But we did get four previews, which was extraordinary. So that was a strange and beautiful gift – to see it come to life on stage four times.”

She talks about the choreography, which she says is the first thing she created. “And now, we’re casting again,” she adds. “It has taken a few months this year to get the cast together, and to really find the right mix of artists who are going to really bring themselves to this show. For me, it’s about finding the right storytellers regardless of age or experience, as well as finding the artists who connect with each character. So, yeah, it’s taken time, but I’m super excited with the artists we’ve assembled, and I can’t wait. They are all from such diverse backgrounds in terms of their own training and skill set, so it makes for quite an amazing group of humans. They’re not all trained traditional musical theater stars.”

Campbell continues, “And here they are jumping into rehearsals. With the cast, it was really about them being tailored to their skill set and what looks and feels good on them. So the choreography is pretty much aligned to a story in a story that’s about dancers.”

For the choreographer, her foundation is in the movement. “I have had a lot of influences from contemporary dance, as well as Latin styles, and a variety of different genres. So I’m listening to what the music says and not being confined by what has previously been seen as 1975 Broadway jazz. The good thing about the 1975 style is that it’s one of the most difficult genres of jazz dance that exists, allowing for a lot of dance vocabulary to play with. So we mix that up a bit by exploring the dynamics. It’s the full facility of movement in some moments, and then other moments are really simple and beautiful.”

Campbell adds, “We’re using the full artistry of what it is to be a dancer. For example, when we take flight, those moments of stillness don’t really require much effort at all. I’m most excited about showcasing how you can move your body in so many ways. We have quite an athletic, muscular, beautiful interpretation of 1975. Now we just need to put on the last layer of storytelling, and then open it up to the audience. So we’re pretty ready to just get going with this thing.”

We wondered what Campbell would say to young hopefulls who are hoping for a career in dance.

“The best advice I can give to people starting out in terms of building their resilience is to think of the long game — think of 10 years, 15 years. Don’t think of the next two weeks, because if you can see the bigger picture, it makes it so much easier to deal with the little micro moments that happen,” she says. “Because what you find is we’re all actually the same humans who’ve gone through the same experience. And be patient, be kind to yourself. There are so many amazing resources for young dancers. So I would say, ask questions, connect with people, and start to build your network of artists that you want to be around.”

A Chorus Line opens at Darlinghurst Theatre Company on 27 August. Bookings can be made by phoning (02) 8356 9987 or visiting www.darlinghursttheatre.com.