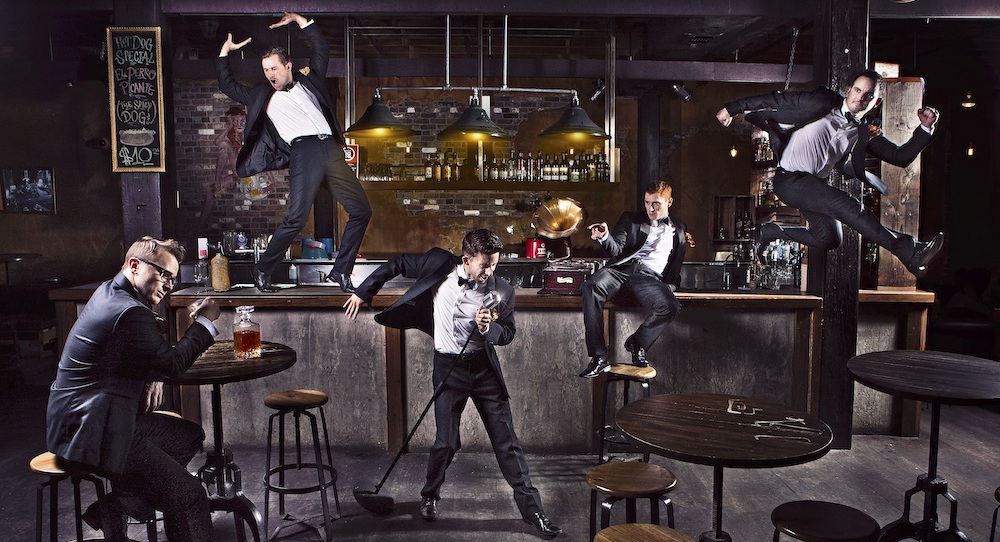 Following sold-out houses on London’s West End, the Sydney Opera House and, prior to COVID, a tour in the USA, Australia’s hottest tap dance sensation, The Tap pack, is bringing its high energy, tap comedy show to 24 venues across Queensland and New South Wales, kicking off with a season at QPAC in April.

The Tap Pack team is a determined lot and committed to providing quality productions to those in regional areas.

Producer Kym Halpin said, “The events of the past year have tested all of us, but the guys are so excited to be getting back on stage together.  The arts and entertainment industry has been pushed to the brink, but we have held on because ultimately we love what we do, and we know you do, too!  When you look around the world at our counterparts on the West End and Broadway, who seem such a long way from returning, it reminds us just how lucky we are. “

Picking up where The Rat Pack left off, The Tap Pack conjures up a modern twist to the crooners and artists from the ‘50s through to the noughties! Featuring songs from Sinatra, Dean Martin and Sammy Davis Jr to Sheeran, Bublé and Beyonce, The Tap Pack mixes slick humour, high energy entertainment and world class tap dance.

Starring some of Australia’s finest and most distinguished dancers and singers, The Tap Pack is Jesse Rasmussen (Hot Shoe Shuffle, Grease, Candy Man), Jordan Pollard (Westside Story, Anything Goes, Singin’ in the Rain), Sean Mulligan (performed on London’s West End before returning to Australia to raise his family), Max Patterson (toured to London, Berlin and USA with The Tap Pack) and Tom Struik(West Side Story, Boys in the Band, Kylie Minogue, Shrek).

Armed with their lovable onstage larrikinisms, they sing, they dance, they joke! They bring a new, invigorating energy to a timeless style that the whole family can enjoy. Dressed in slick suits and equipped with sharp wit, The Tap Pack is “old school cool” from the new kings of swing.

For more information and to book tickets, visit www.thetappack.com.