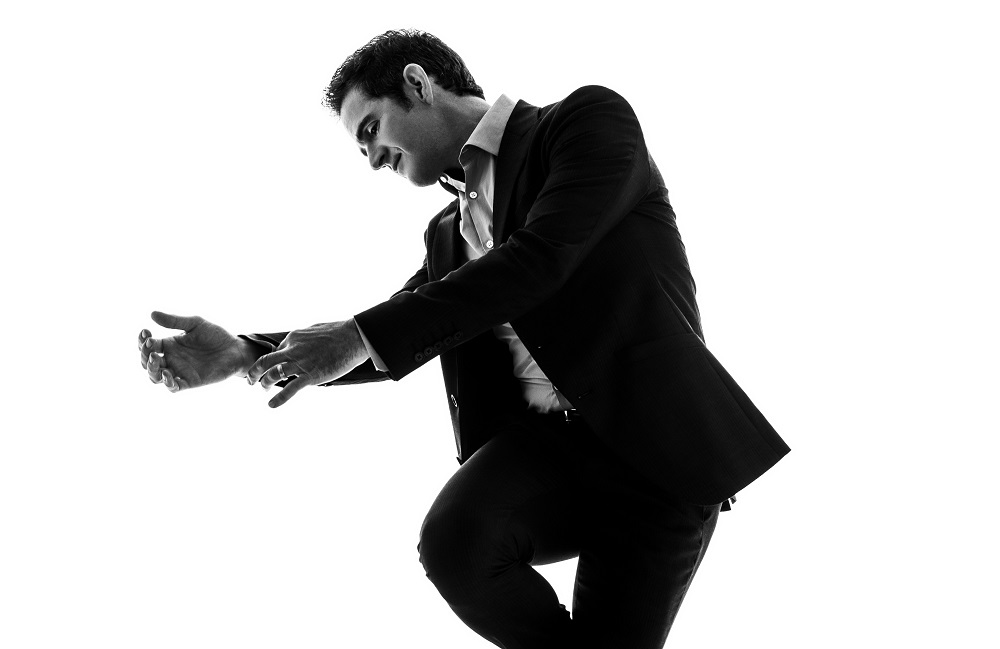 Hamilton is the most popular musical of our generation. To say that Australian audiences have been eagerly waiting for an Aussie production would be an understatement! Now in 2021, after what many would say was the worst year of their lives, it is finally here to revitalise our spirits.

Hamilton has been performed to sell out audiences across the globe since opening in 2015, but for the first time in years, the musical will be playing in only one city worldwide this month, and that city is Sydney. With Broadway, the West End and theatres the world-over still closed, Australia is once again the lucky country, blessed to have our theatres back open. As we excitedly countdown the days to the March 17 opening night, Dance Informa speaks with award-winning Hamilton choreographer Andy Blankenbuehler about the unique idiosyncrasies of setting a show in a COVID world, and what we enthusiastic Aussies can expect.

Andy, its a joy to speak to you in New York. Tell us about the experience of bringing Hamilton to Australia digitally via Zoom rehearsals, while in lockdown in New York.

“It has been really great! We were very lucky that we did our first round of casting for Australia live and in-person. So, we cast almost the entire show with our representatives actually in the room, but we did our final call-backs on Zoom, so that was a first! That was a big learning curve.”

How often do you call in?

“I can jump into the room a couple of times a week, and in real-time interact with people. It is so great. Yesterday, I watched a run-through of the first act, and then I gave them notes. It was as if I were really in the room. For us here in the United States, who are not doing so well with COVID, it is such a huge boost to morale to be a part of something that is actually being made. It is really inspiring.”

It’s brilliant that even with travel bans you can set a show via technology, but what are the downsides of working on Zoom?

“The only downside of the Zoom rehearsal is that this is the first time we have set a Hamilton company where we did not know everybody already. In the States, even if it is a brand-new company, I have worked with three or four people and Tommy has worked with three or four people. So, this is such an interesting thing because it is a one hundred percent brand new cast and I want to have a personal relationship with them. Their faces are sometimes so small on the screen. I want to get to know them, like I am in the room with them. I am not just the choreographer; I am a dance teacher. I am a human being. If the show is good, it is because we are doing a show about human beings.”

What are your thoughts on the Australian cast?

“I have to tell you, it is so exciting because it is just like a Hamilton company here. It really is the spirit of the show. There is this fiery sense of individualism and risk. The show has a lot of risk about it, and they fit right into that. But at the same time, you can feel that that they are from different walks. And it is so exciting that there are so many shapes and sizes and colours that are different from ours. It is really nice. They are really exceptionally disciplined performers. They have a lot of talent. But besides talent, this show really is about individualism because in the making of America it was a country of individuals. So, our show has to have a company of individuals, and this company is just like that!”

How do you think the Australian audiences are going to relate to Hamilton, which is a show about American history?

“When we were opening the show in London I was nervous. I was like, ‘We are doing a show about leaving England!’ How is the show going to go over? And it was yet another reminder that our show is about human beings in a human process with each other.

What can audiences expect from the movement style?

But I think the biggest thing about the style of the piece is that it is very compact and small. It moves like a little chiselled machine, just like our brain does. Like us having this conversation right now, but you might be thinking of ten other things while I am talking to you. Our brain works in compartmentalized, fractured ways. So, I wanted to choreograph that. The show works in a very fractured way. There are always multiple things going on.

But stylistically, let’s talk about Michael Jackson, Bob Fosse, Justin Timberlake, Jerome Robbins, Gene Kelly, Fred Astaire; they are all in the show. All my idols are in the show because the show is about history. The show is about the legacy of who impacted you.”

How does it feel to see theatre alive again in Australia while Broadway is still closed in New York?

“The whole team was on Zoom for the meet-and-greet on the first day of the full company rehearsal, and we were all in tears. It was so emotional to see life happening! Those of us in the performing arts love our jobs. It is therapy. It is work, it pays the rent, but it is our passion. To not have our passion exercised has been really hard. So, when we saw the Australian company starting to work, vicariously I wanted to join that Zoom all the time because I want to be a part of it. It is really exciting. For many of us here, seeing Hamilton and other shows to start in Australia has buffered us up again so that we can make it through the next phase.”

Alongside Zooming into Hamilton rehearsals in Australia, what other projects are you currently working on?

“Literally just before I signed into this call with you, I signed off with a great British singer-songwriter named Kate Nash. I am doing a new musical with her called ‘Only Gold’ that Jeffrey Seller, the Hamilton producer, is producing. It is a beautiful whimsical story. It is like a fairy-tale that happens in Paris in the 1920s. It is anachronistic, funky, crazy, and cool. And I am doing another great musical called ‘Five Points’, which is about Five Points Manhattan in the 1860s during the race riots of the Civil War. It is sort of about the birth of American tap dance.”

Australian audiences, this is your chance! Hamilton will make its Australian premiere at the Sydney Lyric Theatre from 17 March. Get your tickets now before they sell out. Tickets only available via Ticketmaster.