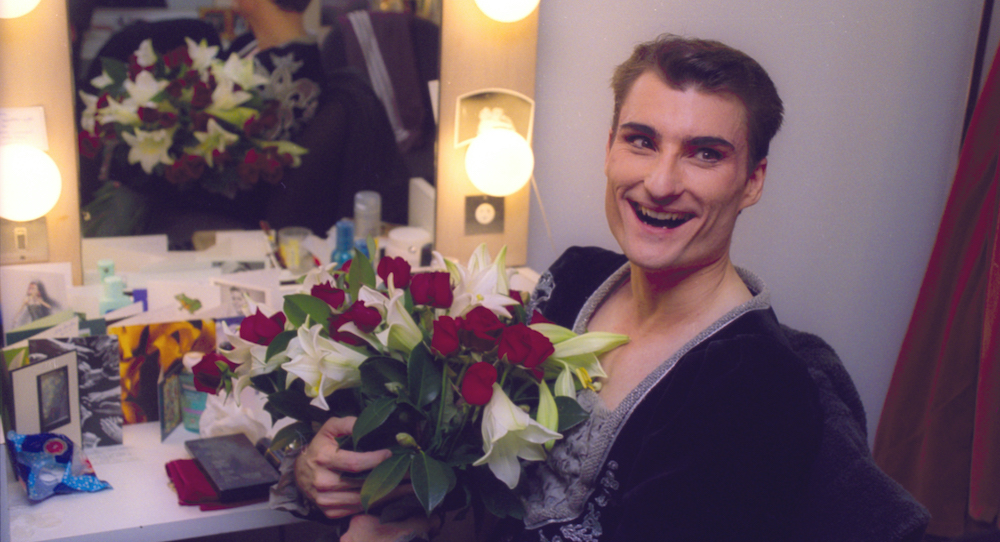 Most of us, consciously or otherwise, define ourselves in terms of what we do. I am a dancer, writer, et cetera. For those of us who have dedicated ourselves to an artform, and who use the tag ‘artist’ to denominate ourselves, the idea of one day not doing (being) so is either unimaginable or deeply worrisome. Imagine then, walking away after 50 years.

For David McAllister AM, the now ex-Artistic Director of The Australian Ballet, 2020 marked a half century since he took his first lesson as a seven-year-old boy. Moreover, he had been with the company, first as a dancer, then as its director, since 1983. However, when Dance Informa caught up with him in the last days of his tenure, he did not seem like a man about to topple off a retirement cliff.

“It feels like the right time; and while leaving The Australian Ballet is a big move, I don’t feel that I’m leaving ballet, per se,” he reveals. “I think there’s always going to be an element of ballet in my existence, from admirer and fan through to participant. But you know, I really do feel that my time at the Australian Ballet has shaped who I am really, and it’s going to be strange not to be a part of that organisation.”

Yet, McAllister’s experience is perhaps typical for those involved in dance. As every dancer over a certain age will attest, the body’s capacity is limited. “This is a very dancer experience,” he observes. “So much of your identity is wound up with being a dancer that when you first go through that thing of not being a dancer, you go, ‘Oh, I’m not that person anymore; I don’t perform.’ So I feel like I’m going to go through another iteration of that, like, ‘Okay, so I don’t go and work at The Australian Ballet every day.’”

Although aware he will miss the life, he is clearly ready. “I’m not scared of not being that person.”

Having made his decision and announced it to the Board a couple of years prior, McAllister still had to negotiate the strangeness of 2020. As it transpired, lockdown did not rock the boat too much. As he recounts, “I feel COVID helped with this because it gave me the chance to experience it, because we were all stuck at home in our loungerooms, and we weren’t anything special. So, I sat there and thought, ‘Well, if this is life without the ballet company, it’s not too bad.’”

Indeed, the pandemic pause was well timed for McAllister, the company and the incoming Artistic Director, David Hallberg. As the former observes, attempting a fresh start during the COVID disruption would have been organisationally and creatively problematic. “What I found during the process was that it actually confirmed my decision. I just went, ‘No, this is going to be great, the company will have a new direction, there will be a new director,’ so it sort of felt like it was fated.”

However, prior to the moment of public handover, there was an instance of private decision, and with it the age-old question: how do you know it is time? For McAllister, there were several indicators. “I’d done as much as I’d set out to do. Not that I felt like I was going over old ground, because every day is always different, or like I was bored. But you know, it sort of felt like everyone was very comfortable with me and I was very comfortable with them, and maybe that was the time for a shake-up.”

As many artists have noted, repetition can morph seamlessly into self-performative ritual. Across a 38-year career with The Australian Ballet, it is easy to imagine how a sense of rote might have emerged, perhaps even moreso given the relatively limited scope of the classical ballet cannon. “When you repeat repertoire a couple of times, you go, ‘Oh, okay, we’re here again,’ and even though there were new dancers every time and Giselle and Swan Lake are always a new experience, it just felt right,” McAllister recalls, before adding, “It was much more of an organic thing than an actual strategic decision.”

Now, in January 2021, the erstwhile AD is already doing his first post-Australian Ballet gig, having taken up an offer to fly to Finland to work on a version of (all things) Swan Lake. In fact, as he admits, his new year diary is already full of ballet dates.

Away from tights and pointe shoes, though, McAllister is pondering the pleasures of the pen, having enjoyed the process of writing his recently published memoir, Soar. As he explains, “I was like, ‘Hmm, I wonder if there’s another…something here,’ and that opened a whole new avenue that I never expected.”

Looking further forward, the now 57-year-old lifelong dancemaker is pondering the various forms of departure and return. Asked to imagine himself in the auditorium at a future time, when the company has moved on, there is a palpable lightness in his voice. “I don’t feel at all jealous; I’m just really excited by what they’re going to do. I mean, I guess I was a fan before I joined, so I guess I’ll just go back to being a fan after I leave.”

In this light, perhaps the identity question is resolved to a degree. After all, the role of the fan is pretty good gig to land.