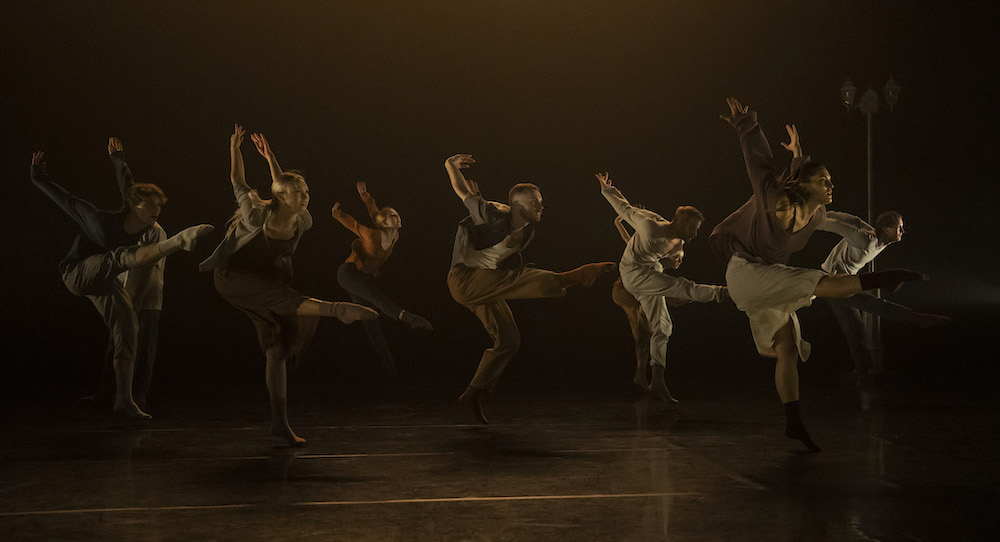 As large swathes of the globe were undergoing renewed COVID second wave lockdowns, Sydney Dance Company was tentatively feeling its way to presenting the 2020 version of its ​New Breed​ program to a live audience.

New Breed​ is Sydney Dance Company’s annual program that encourages emerging choreographers and dancemakers to hone their craft under the auspices and resources of the company. So, what better candidates are there to explore dance’s new normal than this new breed of choreographers in Chloe Leong, Jesse Scales, Raghav Handa and Joel Bray.

The uniqueness of this year’s program owed much to the whole host of restrictions that COVID has placed, especially its clampdown on live performances and gatherings that underpin the foundation of the art form. Of particular difficulty in the creative process is the banning of touching, partner work and ensemble pieces. These restrictions seemed to provide all choreographers with a creative challenge that propelled them to a greater creativity that surpassed expectations.

The Carriageworks space had been adapted to conform with COVID-19 restrictions, including social distancing for patrons as well as performers. No programs were printed; rather, each ticket holder was sent one online.

Prior to each performance, a high TV on the side of the stage provided the opportunity for each choreographer to talk about their journey into the creation. A kind of Zoom meeting of the traditional program notes.

Sydney Dance Company Artistic Director Rafael Bonachela opened proceedings, noting, “This is a New Breed like no other, with four diverse emerging Australian choreographers responding to the new world.”

The first work was by Jesse Scales, who previously spoke to ​Dance Informa​ about the struggle to maintain social distancing constraints in the creation process. But where there is a will, there’s a way, and her opening piece, ​Inertia​, was a masterstroke.

Inertia​ comes from Scales’s own experience of being left on the Town Hall platform after fainting, with no one coming to her aid. She began to question why no one came to help her. “I was relating my piece to the bystander effect, asking myself, ‘What would it take to move people out of inertia?’”

Victor Zarallo had the role of the abandoned person, which he danced with an intensity that brought tears to the eyes. The depth of emotion that Zarallo poured into Scales’s choreography as he watched with incredulity the bystander’s inertia left him literally exhausted.

Chloe Leong’s choreography for her piece, ​Nostalgia, ​was sinuous and beautifully danced, expressing nostalgia and loss, danced by Davide Di Giovanni and Luke Hayward. It would have been interesting to see where her choreography would have taken her if she had had more time to allow the nostalgia to wax and wane.

This was also noted with Cult of the Titans, conceived by Sydney-based dancer Raghav Handa, whose aim was to explore the role of the Hindu use of the Swastika symbol, which for himself and his family was always a part of their daily lives, a symbol at the door to their home and used often for festivals such as Diwali. But the symbol comes with an inflated significance.

His question revolved around the question, ‘Can we de-weaponise the imagery?’ The challenge facing Handa was the epic breadth and cross-cultural nature of the theme, which needed more space and time for him to explore its intricacies. It felt constrained and a touch bereft in the intimate space and timescales of Carriageworks. Indian tabla drumming provided some of the underlying music.

Melbourne-based choreographer Joel Bray thunder took a two-week quarantine to be part of the 2020 New Breed. As a proud Wiradjuri man, his work explores the raven totem. In partnership with Yuin composer Brenda Gifford who composed the score, along with musician Coela, Bray’s cinematic take on the crow was a feat of brilliance.

Projected onto a large screen high above the stage were a number of scenes from Alfred Hitchcock’s 1963 movie, ​The Birds,​ with a statuesque dancer in the bright green dress just as it was in the movie, mirroring every move of the actress with the dancers contributing to the dramatic final scene.

This juxtaposition of cinema and dance was mesmerising and a fitting highlight with which to finish ‘performing under the new normal’.