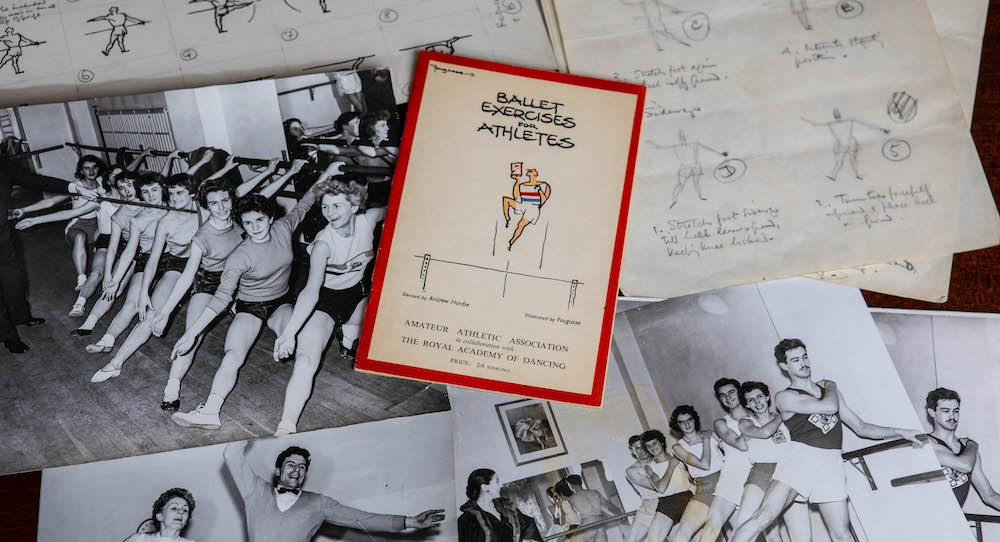 The Royal Academy of Dance (RAD) has partnered with London’s Victoria and Albert Museum (V&A) to co-curate a free-to-enter display to mark the iconic dance education organisation’s centenary. On Point: Royal Academy of Dance at 100, opening 2 December, will tell the story of how the RAD shaped the future of dance training, the famous faces who lead the way and how the RAD continues to bring the joy of dance to the lives of people across the world, even in the face of a global pandemic. Home to one of the largest dance collections in Europe, this is the first time that RAD has given access to its archive on this scale in its history, and the first new display to open in the V&A’s Theatre and Performance galleries since the museum reopened in August.

On Point is structured in three sections, housing over 60 original objects and over 80 archival images. The display draws on items and footage from both the RAD and V&A’s archives, including many objects that have not been displayed before. Alongside items relating to activities at the heart of RAD’s work, such as teacher training and ballet syllabi, the display will also bring visitors closer to some of ballet’s most famous faces. The RAD has always had a strong line to the dance profession, and has played a pivotal role in the careers of many prominent dance figures, from Margot Fonteyn and Rudolf Nureyev, to Robert Helpmann (The Red Shoes, Chitty Chitty Bang Bang) and John Cranko (The Prince of the Pagodas), some of whom will be celebrated in this display.

Highlights include Ballet Exercises for Athletes, a unique pamphlet with original artwork by Punch illustrator Fougasse, famed for his ‘Careless talk Costs Lives’ WW2 posters. In 1954, the RAD was approached by a training club for British high jumpers who were seeking ways to increase their elevation. They wondered if ballet exercises would be beneficial to the training of athletes and, following a pilot in 1956, a series of exercises were created, based on ballet, but adapted to athletic needs.

In addition, Rudolf Nureyev’s Swan Lake costume will be on display. This tunic, designed by Carl Toms in 1963 for a production of Swan Lake by The Royal Ballet, was worn by Nureyev when he was at the height of his career. Nureyev’s first performance in Britain was at a RAD fundraising gala in 1961. He was invited to perform by Dame Margot Fonteyn, the RAD’s longest serving president, laying the foundation for their famed partnership. This set in motion one of the most exciting chapters in dance history, with Fonteyn and Nureyev still regarded as two of the best dancers to have ever graced the stage.

The collection will also feature Dame Darcey Bussell’s costume from Prince of the Pagodas. After the premiere of this ballet by Sir Kenneth MacMillan, Bussell became principal at The Royal Ballet at the age of just 20 years old. Bussell has been President of the RAD since 2012, and has a key role in supporting the Academy carry out its work.

Harlequin by Alfred Gilbert will also be shown. Made by the sculptor of Eros at Piccadilly, this figure of Harlequin was given by Stanislas Idzikowski to the RAD ‘Production Club’. Established in the early 1930s, the Production Club aimed to provide a link between the students of the RAD and the dance profession. It also mounted performances of original choreography and is credited for offering famed choreographers Robert Helpmann and John Cranko their first opportunities in the industry.

As one of the world’s leading dance education and training organisations, over 250,000 people globally take ballet exams with the RAD each year. Supported by members in 92 countries, the Academy offers opportunities for people of all ages and abilities the chance to learn to dance. In addition to exploring key moments in dance history, this display will show how the RAD aims to bring dance to the lives of people around the world – from the work of RAD teachers who deliver dance training across the globe, to new initiatives such as Silver Swans® for over 55s and Project B, a programme designed to widen access for boys to dance.

Eleanor Fitzpatrick, archives and records manager at RAD, said, “We are so excited to be working with the V&A during the Royal Academy of Dance’s centenary year, and especially to help reopen one of London’s most special museums. As home to one of the largest dance collections in Europe, it was very important for us to find a partner who had the resource and expertise to bring our story to life in a meaningful and inspiring way. The V&A Theatre and Performance Department is revered around the world, and also houses some items previously owned by RAD, making them the perfect partner. I hope that visitors to the display come away having learned something new about dance history and the important role the RAD has played, and maybe even be inspired to take a class or watch a performance themselves. ”

Dame Darcey Bussell DBE, president of the RAD, said, “This is such a milestone year for the Royal Academy of Dance and a pivotal point in our history, as we map out a bold and exciting future. We are so pleased that despite the huge challenges faced by everyone this year, we are still able to bring this display to life with the V&A. When I became president of the RAD, I was very proud to be following in the footsteps of legendary dancers before me, such as Margot Fonteyn and Antoinette Sibley. Seeing their stories, and those of the RAD, laid out alongside my own is an honour. I hope that this glimpse into dance history will leave visitors feeling inspired.”

Jane Pritchard, curator of Dance, Theatre and Performance at the V&A, said, “The V&A has had a long and happy relationship with the Royal Academy of Dance. In 1978, an acclaimed exhibition was mounted at the V&A celebrating the centenary of the birth of Adeline Genée, the RAD’s founder president and a great ballerina. A few years later, the RAD chose to pass its costume collection to us. This display is a great opportunity to show a selection of those costumes along with relevant designs subsequently acquired by the Theatre and Performance collections. Together, the two collections can create a varied display celebrating 100 years of both the RAD as an international organisation to encourage dance for all and the development of ballet in Britain.”

Find out more about On Point: Royal Academy of Dance at 100 at www.royalacademyofdance.org/onpoint, plus preparing for your visit to the V&A, including how to book free, timed entry tickets at www.vam.ac.uk/info/plan-your-visit#faqs.