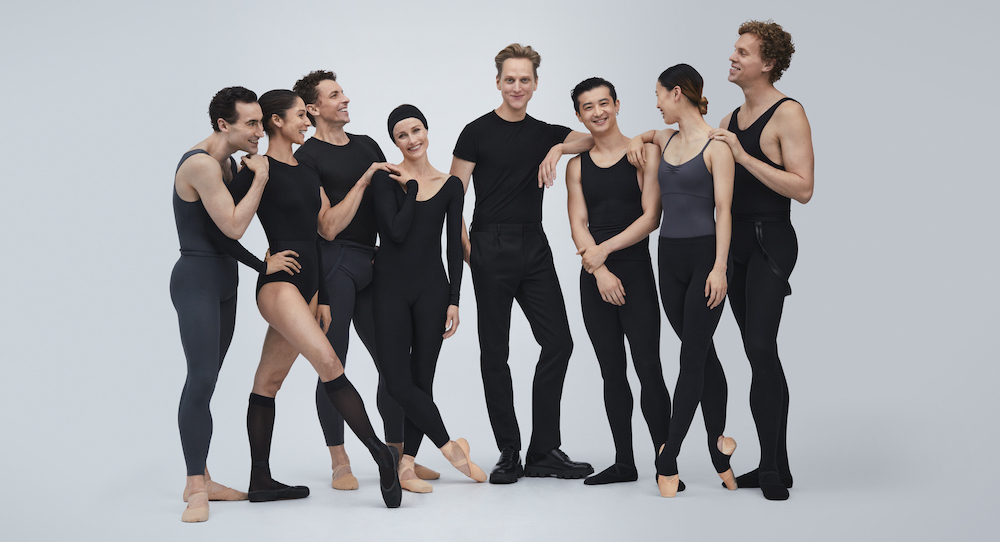 The Australian Ballet has announced its 2021 season, the first programmed by its incoming Artistic Director, David Hallberg. Hallberg has curated an ambitious program that will lead The Australian Ballet into a new era under his custodianship and propel the company back onto the stage after the unprecedented disruptions to live performances in 2020. The company’s 2021 season will be a year for everyone and includes much-loved story ballets, 20th century classics and exciting new commissions to inspire and energise audiences.

The 2021 season opens with Summertime at the Ballet, a welcome-back gala for ballet lovers and families at Melbourne’s Margaret Court Arena, a new venue for the company. Next, an exhilarating triple bill, New York Dialects, will feature two acclaimed masterworks from the great game-changer of 20th century ballet, George Balanchine, and unveil a new contemporary commission by one of the most in-demand New York-based choreographers, Pam Tanowitz. To showcase the versatility of the company, Hallberg has also included a thrilling double bill, Counterpointe, which counterposes the elegant 19th century classic Raymonda with the vigour and dynamism of Artifact Suite by William Forsythe. Originally scheduled to premiere in the company’s 2020 season, the newly commissioned Anna Karenina by Yuri Possokhov will instead grace the 2021 season, captivating audiences in Melbourne and Adelaide. John Cranko’s Romeo and Juliet, the highly acclaimed full-length retelling of Shakespeare’s tragic love story, will be performed in Melbourne and Sydney. The Australian Ballet and American Ballet Theatre’s co-production of Alexei Ratmansky’s Harlequinade, featuring comedic hijinks and madcap characters, will complete the 2021 season.

Hallberg says, “I am immensely thrilled and inspired to be stepping into the role of artistic director of The Australian Ballet and am proud to unveil the season we have curated for 2021. I have had a close relationship with The Australian Ballet for 10 years — a world-class institution which I greatly admire. I look forward to nurturing the artists of this company into this new era under my artistic leadership. After 20 years at the helm, David McAllister is leaving The Australian Ballet in great shape, and I am honoured to have the opportunity to take the reins and pioneer new possibilities built on this foundation. With the challenges this year has brought, art and performance are more relevant than ever, and I, along with the entire company, look forward to bringing the joy of dance back in 2021.”

Executive Director Libby Christie says, “The Australian Ballet is optimistic about the future. In 2021, David Hallberg leads us into an exciting new era with this marvellous inaugural season. While 2020 has been disappointing and full of challenges, The Australian Ballet’s 2021 season has been carefully planned to bring ballet back to the nation’s stages safely and with renewed vigour and passion. Australia is a country of exceptional dancers and dance lovers. More than ever, dance will bring joy back to our lives. We invite our audiences around Australia to join us to celebrate The Australian Ballet as we return to stages in 2021. The company is working closely with theatres and health authorities to ensure our performances are of the highest COVID-safe standards to protect our dancers, musicians and our audiences. We look forward to welcoming everyone back to performances in 2021.”

The 2021 season opens in February with the gala, Summertime at the Ballet, to welcome ballet back into the spotlight and onto the stage at Melbourne’s Margaret Court Arena. Under the summer night’s sky, the beauty and versatility of The Australian Ballet’s dancers will shine in a selection of excerpts from ballet’s most celebrated classics, new contemporary works and signature Australian repertoire. The company will honour its past, embrace its future and revel in the pure joy of dance. Summertime at the Ballet will be staged in Melbourne only, and the repertoire will include excerpts from Marius Petipa’s La Bayadère, Tim Harbour’s Filigree and Shadow, Steven Baynes’ Molto Vivace, George Balanchine’s Tschaikovsky Pas de Deux and Themes and Variations, Rudolf Nureyev’s Don Quixote, Ronald Hynd’s The Merry Widow, and Lucas Jervies’ Spartacus.

The Sydney Opera House will be alive with ballet in April as The Australian Ballet’s dynamic triple bill, New York Dialects, unveils a brand-new work by the American contemporary choreographer Pam Tanowitz – the first commission by Hallberg — performed alongside two acclaimed 20th century classics from George Balanchine, Serenade and The Four Temperaments. The lyrical Serenade was the first work that Balanchine choreographed in America after his arrival from Paris, where he had been working with Diaghilev’s Ballets Russes, while The Four Temperaments is the epitome of his stark neo- classical style. This program, offering audiences both a fresh contemporary vision and timeless appeal, will premiere in Sydney in April and Melbourne in June.

Following New York Dialects will be Counterpointe, a program featuring both the beauty of ballet’s pristine tradition and its contemporary force. Showcasing two juxtaposed works, Act III of Marius Petipa’s Raymonda and William Forsythe’s Artifact Suite, this double bill depicts the evolution of classical ballet. Artifact Suite highlights Forsythe’s groundbreaking signature style: crystal clear movement, extensions of form and dynamically fast weight changes. The third act of Marius Petipa’s Raymonda depicts the wedding of the hero and heroine. As in his Sleeping Beauty and Paquita, Petipa uses the celebration to create a sparkling display of classical technique, with Hungarian-inflected dances culminating in one of ballet’s most famous solos for a leading ballerina. This staging, based on the traditional Petipa choreography, will be Hallberg’s first for The Australian Ballet and will show in an April/May season in Sydney.

John Cranko’s Romeo and Juliet was an instant success when it was premiered by The Australian Ballet in 1974, and hasn’t been performed by the company since 2003, but will make a jubilant return for the 2021 season. With its passion, drama, magnificent decor and costumes, exuberant dancing and touches of comedy, as well as Sergei Prokofiev’s atmospheric score, Cranko’s production of Romeo and Juliet remains a hallmark of The Australian Ballet’s history and has been danced by generations of its stars. Romeo and Juliet will be staged in Melbourne in the August/September season and in Sydney in November.

Slapstick, mayhem, wicked wit and outright absurdity are the irresistible ingredients of Harlequinade. Originally created in 1900, by the father of classical ballet, Marius Petipa, the ballet disappeared from the stage following the Russian Revolution but has been reconstructed and revitalised by leading choreographer Alexei Ratmansky, working from the original notation. Families will delight in the joyous dancing and eye-poppingly colourful costumes of Harlequinade when it makes its Australian debut with a Melbourne season in September, and a Sydney season in November/December.

The Australian Ballet’s 2021 activities will also include a range of participatory and informative events and education program that will tour to schools across the country. Storytime Ballet for children will tour across selected cities, and the Regional Tour, which will encompass additional community events and engagement, will return to New South Wales, Victoria and South Australia.

2021 Season Packages for Melbourne and Sydney performances are now available to purchase.