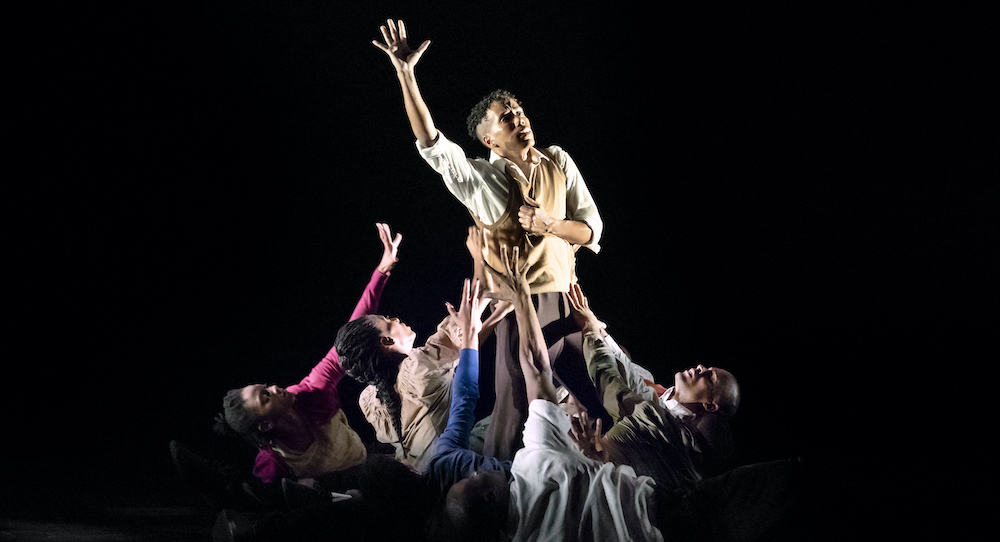 For over six decades, The Ailey organization has brought people together using dance as a vehicle to educate, inspire and enlighten. During these unprecedented times, the Alvin Ailey American Dance Theater company has reached out to audiences and connected with over 22 million people through Ailey All Access, a series of online offerings including free streaming of performances, conversations, short films created by the dancers, classes and more.

Ailey is offering screenings of full-length works every Thursday at 7pm EDT. On July 2, hip hop pioneer Rennie Harris’ Lazarus, a work inspired by the life and legacy of Alvin Ailey and acclaimed as “America’s hottest ballet,” will re-stream in its entirety for one week. The powerful ensemble work addresses the racial inequities America faced when Ailey founded Alvin Ailey American Dance Theater in 1958, and still faces today.

The Company’s first two-act ballet, Lazarus is set to a multifaceted soundtrack produced by Darrin Ross, with his original music, and featuring Nina Simone, Terrence Trent D’Arby, Michael Kiwanuka, Odetta, spoken text written and adapted by Harris that is performed by Wadud Ahmad and Harris, as well as the voice of Ailey.

Along with the broadcast, Ailey will share behind-the-scenes footage, a discussion with choreographer Harris about his work and its creation moderated by dancer Hope Boykin and the dancers’ short film inspired by an excerpt of Lazarus as part of the #ShowMustGoOn series.

In addition, starting July 5, young students can join in on the dance with Ailey Extension’s Kids & Teens Online program offering classes for teens and children as young as seven years old. On Sunday mornings, Keith Alexander will keep kids ages seven through 12 moving during Hip Hop 4 Kids as he leads them through the fundamentals of hip hop, developing coordination and musicality while building on basic body isolations, precisions and performance quality. Other kids classes include Kids Ballet with Dawn Hillen and Kids & Teens Contemporary with Gianna Theodore.

In an effort to keep Ailey alive in the hearts of the community, the Still, We Dance campaign contributes to moving the organization forward during this uncertain time, while making it possible for Ailey to offer a variety of programming through Ailey All Access and prepare for the upcoming 2020-21 season paying tribute to six decades of Revelations.