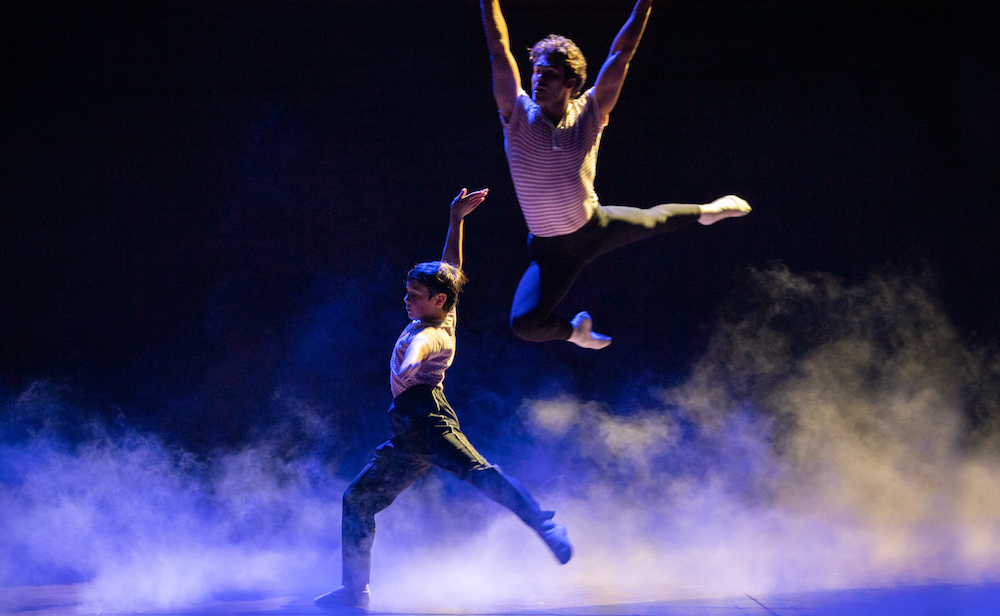 From play, to feature film to stage musical, the story of Billy Elliot has found an audience in different forms of entertainment. The stage musical returns to Melbourne, after 10 years, with original score by Elton John and original direction by the Stephen Daldry, who also directed the film.

Set against the miners strikes in the UK in the 1980s, Billy Elliot’s miner dad and brother are embroiled in the miners’ strike and too busy to notice that Billy is doing dancing lessons. Ballet is a symbol for the father and brother of the conservative upper-class. This political and social landscape creates the personal conflicts and obstacles Billy must overcome. Billy wants to audition for The Royal Ballet School. Eventually, the brother and father acknowledge Billy’s talent and see that dance could be a way for him to escape the limitations they live within. The family accept help from the community for Billy to attend the audition.

There are some strong performances in this 10-year anniversary production of Billy Elliot the Musical. Billy Elliot was played on opening night by River Mardesic. Mardesic has strong ballet training, and this pays off. The stamina required of the boy who plays Billy is immense. Not only does he need to be able to dance with exception skill, precision and presence, but he is also on stage almost the entire show and carries the narrative through song as well as acting. Mardesik gives a beautiful, focussed, empathic performance. Oscar Mulcahy as Billy’s best friend, Michael, gives a compelling and irreverent performance and attempts to steal the show. In this production, four boys total share the role of Billy, four boys share the role of Michael, and three girls share the role of Debbie, another of Billy’s friends.

Billy’s dad, played by Justin Smith, is bewildered by his son and plays with comic pathos. Billy’s grandmother, a senile but lovable woman who hoards food in strange places and forgets about it, is played lovingly by Vivien Davies.

The problems with this production are largely problems with the musical itself, rather than with this staging. It feels like a fan fiction piece, with unclear dramatic reasons for being a musical. The musical emphasises spectacle and stage chicanery, created by large set pieces, large body puppets, and at one point, Billy Elliot is suspended by cables to fly. These large set pieces and machinations create fantasy sequences which elucidate the dreams of the young boys and attempt to elevate the audience so they may transcend the everyday. In fact, the sequences distract from the possibility of illuminating the characters and their relationships.

The children dancers cast in the ballet school that Billy attends give toothy, brash performances. They do not appear to be highly trained dancers. They are not performing bad dancing, as much as they are actually under-trained for the context. They also seem to be ignorant of this. It is uncomfortable, and tiresome, and is a demeaning casting and portrayal of female ballet dancers.

Musically directed by Michael Azzopardi, Tom Hodgson is the associate choreographer for the Australian production, which is associate directed by Simon Pollard. The night this reviewer attended the work was sonically ambiguous. The accent of the performances is so thick that it obscures the sense and vocal impact of the narrative and of the songs. Elton John’s music does not inspire in this work; it is dull, and does not support the structure of narrative, or contribute musical uplift or coherence. Nevertheless, the dancing, which many would argue is the more important aspect of this musical, is for the most part very well staged, and delivered.

Billy Elliot The Musical is at the Regent Theatre, Melbourne through April 2020.