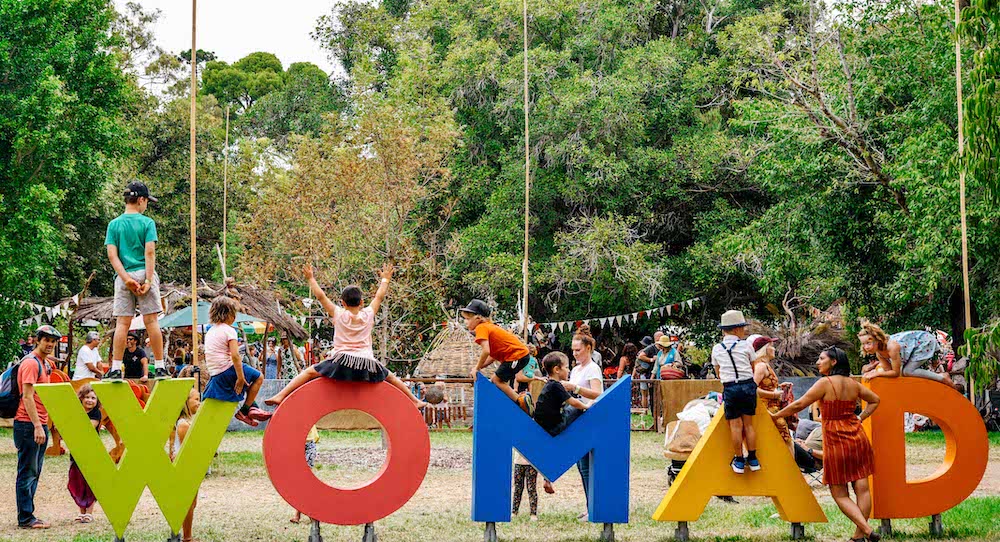 WOMADelaide is Adelaide’s iconic open-air festival, and the 2020 lineup is one to note in your calendars. Set in the stunning Botanic Park, it’s a celebration of the world of music, dance and arts.

Since 1992, the four-day event showcases global works celebrating culture and creative diversity. It is known to be a “unique part of the Australian festival landscape” attracting approximately 18,000 – 20,000 people per day from Australia and abroad.

The 2020 programming is rich and vast. Transcending location, these works bring people closer together, tapping into themes underlying humanity, connection, emotion, consciousness and political issues pertinent to our world today. Here, Dance Informa takes a look at just four of the many diverse acts from around the globe.

A must-see show is Floating Flowers, by award-winning choreographer Po-Cheng Tsai from Taiwan, who founded B. Dance. His choreographic language holds a particular aesthetic underpinned by traditional Asian formalities merged with contemporary motion.

His piece, Floating Flowers, is inspired by traditional Taiwanese religious celebrations which he attended with his father. The Ghost Festival is one of the most beautiful and popular Buddhist ceremonies in the country. The impact of these celebrations inspired him to create a piece that honoured his late father.

Drawing from this inspiration, his work includes 14 dancers wrapped in diaphanous muslins shirts and nude tone leotards, drifting across the stage gracefully to represent floating lanterns. The choreography, which combines martial arts, traditional Asian and contemporary movements, stimulates a sense of optimism with a touch of humour.

When asked about the music score that can be expected, Tsai explains, “During this day, it’s a full moon of the seventh month on the lunar calendar, and floating lanterns are placed on the water to worship deities to send away bad luck and bring happiness. So I use the sound of ‘water’ as the most important element in the creation.”

During the initial stages of the choreography, hip hop music was selected as a reference. “When you hear it, the body will move on the beat naturally,” Tsai says. “I found it very interesting, and I believe it helped the dancers experience the rhythm of water in a different way. I sent footage of the choreography to my music composer, Rockid LEE, an established sound designer in the film industry, and he just looked at the silent dance movements and composed the first version of the music. It was great and inspired me.”

The music quality commences with a type of meditative water soundscape and gradually starts to change in pulse. He describes it like “building from a stream of water, into a strong wave and then swallows them in a Tsunami. It keeps moving and building up in energy until the very last minute.”

While the music dictates the movement, the visual creation is one of unique nature where two dancers appear in one form. For the concept, “90 percent is set work and 10 percent is improvisation,” Tsai says. As a choreographer, he expects his dancers to be physically strong. But most importantly, Tsai exclaims, “they must have a very strong personality.” In the mix is bizarre partnering, where “the female dancers climb on to the shoulders of the males so that they become a swaying giant. I asked the dancers to combine graceful lines and extensions, as seen in classical ballet, along with the precise, short movements of Asian martial arts to show the normal movement of everyday life. So, the giant looks a little strange but also very elegant. Like a girl actually floating on the air.” Without giving too much away, he concludes, “the male dancers definitely have the stressful part, because they can only see the floor. The female dancers need to be really sensitive and guide the way.”

Another visually intriguing act is by Wired Aerial Theatre from the UK, and its work, As The World Tipped, written and directed by Nigel Jamieson (outdoor spectacle creator of the Sydney 2000 Olympics). Extremely pertinent to climate change issues in discussion around the world today, this politically fuelled piece is like no other aerial spectacular. Towering a great 13 metres high above the audience, spectators will experience the world tipping before their very eyes. Vertically challenged, the renowned troupe will perform with integrated film projections, presenting a dramatic, yet comical and sentimental narrative through breathtaking movement and climbing sequences. Having toured around the world, the show has played over 50 times across Europe, Asia, South America and more.

Moving into a more intimate setting is award-winning Australian contemporary circus company, Gravity and Other Myths with its showcase of A Simple Space. Formed in Adelaide in 2009, the company’s approach is an honest one, focussing on human connection and acrobatic mastery. Seven acrobats challenge boundaries in order to bring a show that is “raw, frantic and delicate.” This is done by consciously stripping back theatrics, and rather creating an intimate space where the viewer will feel “the heat and breathe of the performers” leaving no room for false pretences. Within the space of 10 years, A Simple Space has won multiple awards and gained international success, having performed more than 600 times in 30 countries across the globe.

And lastly, all the way from Mexico is Los The ULTRAMAR by Foco alAire, a tribe-like ensemble in “a product of the globalised world” which shares an interesting slow-moving public procession, common in Central America. This group endeavours to re-establish the human archaeology often found to be lost in the modern day, in order to connect with human beings again. Making their way through public spaces, they share their dance, which is subtly propelled by minimal movements. Costumes comprise of dark suits, industrial aluminium lampshades as masks and head-dresses made from tribal traditions sourced from around the world. Their work has been characterised by “the study of the body and its role in communication”.

With diverse works such as these, it’s no wonder WOMADelaide is an award-winning event. It attracts 500 artists across the spectrum of music, visual arts and physical theatre, who participate from 30 countries. With eight stages across the 34-hectare venue, these performances vary, comprising of small intimate shows, to large-scale ensemble acts, installation pieces, panels, workshops, world food and cooking demonstrations, and other exciting events.

For more information about the festival, lineup and guest artists, visit www.womadelaide.com.au/lineup.