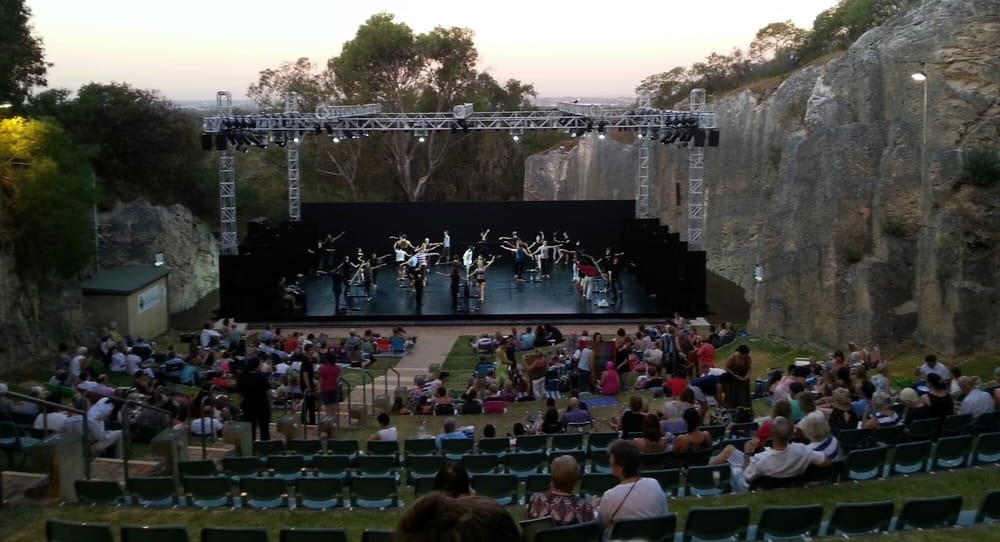 2020 promises to be another busy and creative year for Australia’s legion of dancers, dancelovers and creatives. In the mix includes the reliable staging of the classics, the international tour of the world famous Paris Opera Ballet, Queensland Ballet’s 60th Anniversary and Graeme Murphy’s return to stage his neoclassical ballet ​The Happy Prince​. Keeping Australian dance connected to the world stage includes a number of international choreographers making the trek ‘Down Under’ to present new works in a number of regional dance festivals. Here are some of Dance Informa’s most anticipated dance shows and events for 2020!

#1. The Australian Ballet’s ​The Happy Prince

The much anticipated ​The Happy Prince​ will both open and close our wish list as one of the first productions in the New Year and also one of the last productions. Graeme Murphy has had this ballet in mind for some time, inspired by the Oscar Wilde parable of the same name. Delayed by a year, Murphy’s take on this children’s tale is tranformed into a colourful ballet, promising to be a bold and imaginative production with Australia’s premiere ballet company.

A highlight of the Perth Festival, ​Ballet at the Quarry​ combines WA’s premiere dance company presenting a mix of ballet and contemporary works in the magnificent setting of the Quarry Beach Amphitheatre. This year’s offerings include three diverse works: ​I​n Light and Shadow​ ​by choreographer ​Krzysztof Pastor​, with a neoclassical work set to the music of Bach; ​Air And Other Invisible ​Forces ​by Australian choreographer Graeme Murphy ​with his magical collaboration with designer ​Akira Isogawa​; and Architecture of Hope,​ ​a co-production with the ​Dutch National Ballet​ by exciting young Dutch choreographer ​Wubkje Kuindersma​.

Following the Perth Festival, we roll back down-under to the Adelaide’s annual festival of performing arts with a number of dance and physical theatre companies in full effect. Headlining the dance contingent will be The ​Lyon Opera Ballet performing​ ​Trois Grandes Fugues​, choreographed by three renowned contemporary choreographers: Lucinda Childs, Ann Teresa de Keersmaeker and Maguy Marin. ​Sharing only the music of the Fugue, the three choreographers act as a prism to host a dazzling display of music and dance at its most inventive and transporting.

Lovers of hip hop dance forms can catch choreographer ​Nick Power’s​ two short works, ​Between ​Tiny Cities a​nd​ Two Crews​.​ For those with more experimental taste in contemporary dance, ​Black Velvet​ ​may be what the doctor ordered with the cross cultural collaboration of American ​Shamell Pitts​ and Brazilian ​Mirrelle Martins​ that is a hypnotic examination of physical corporeality.

This will be an unforgettable retrospective that celebrates the wealth of dance created and presented by Queensland Ballet since 1960. These acclaimed dancers will be joined by international guest stars paying tribute to the contribution of Queensland Ballet’s five Artistic Directors: ​Charles Lisner OBE, Harry Haythorne, Harold Collins MBE, François Klaus and Li Cunxin AO​. There will be excerpts from iconic works such as Lisner’s ​Chopin Pas de Deux (1965), J​acqui Carroll’s ​Carmina Burana (1982), Harold Collins’ ​The Lady of the Camellias (1996) ​and​ ​Klaus’s​ The Little Mermaid (2003), as well as Cloudland (2004​)​. The season will culminate in Harold Lander’s thrilling homage to classical ballet,​ Études (1948), s​howcasing Queensland Ballet’s classical precision under current Artistic Director Li Cunxin AO.

Sydney Dance Company (SDC) will open its 2020 Season with a double bill of world class choreographers William Forsythe and SDC’s Rafael Bonachela. The program will include two works by the SDC Artistic Director ​Rafael Bonachela:​ ​Impermanence​ and E2 7SD,​ a duet that was the breakout performance that laid the foundation of his meteoric choreographic career. SDC will be premiering ​N.N.N.N.​ ​(that isn’t a typo), the intense riveting and oddball work of the renowned Godfather of contemporary dance, choreographer ​William Forsythe​.

Volt​ is The Australian Ballet’s vehicle to take the company’s performances for a walk on their wilder side. Taking a break from its classical repertoire (​The Happy Prince, Anna Karenina and Harlequinade)​,​ Volt​ reunites The Australian Ballet resident choreographer ​Alice Topp​ with the Vivienne Westwood of contemporary ballet,​ Wayne McGregor.​ The company will be presenting a triple bill of ​Chroma (2006), Logos (2020) and Dyad 1929 (2013). W​hile McGregor’s stark and cerebral ​Chroma​ makes a welcome return, ​Dyad 1929,​ Topp’s lesser known collaboration with ​McGregor​, is the much anticipated premiering of ​Logos,​ a work that continues her love affair with ​Ludovico Einaudi about “armouring ourselves against modern demons: our predators, pressures, climate and, at times, ourselves.”

QPAC’s impressive international series has cemented Brisbane as a thriving international dance hub. In the 2020 edition, the venue has organised the exclusive return of the world’s oldest and one of the most acclaimed ballet companies, the incomparable Paris Opera Ballet.

The season then follows with the most famous and world renowned ​Swan Lake​ with the dreamlike choreography of Petipa and Ivanov, made distinctive by ​Rudolf Nureyev’s 1984 version with its distinctive Freudian twist​.​ The classical is then followed by the contemporary as the company showcases its contemporary nuance with ​Parisienne Soiree,​ a triple bill of modern works by acclaimed choreographers William Forsythe, Jerome Robbins and Crystal Pite, who have each left their mark on the distinctive style of the Paris Opera Ballet.

Bram Stoker’s gothic masterpiece will get a neoclassical dance makeover by no less than two Australian companies, West Australian Ballet and Queensland Ballet.

Both companies will be performing this chilling tale of horror and forbidden passion by choreographer Krzysztof Pastor which won the Helpmann Award for Best Ballet in 2018. This sellout performance of 2018 in WA has made both companies eager to perform this neoclassical ballet to new audiences. The work features a dramatic musical score composed by Wojciech Kilar, composer for the 1992 film, Bram Stoker’s Dracula​.

Phew! Gear up for a great year of dance!