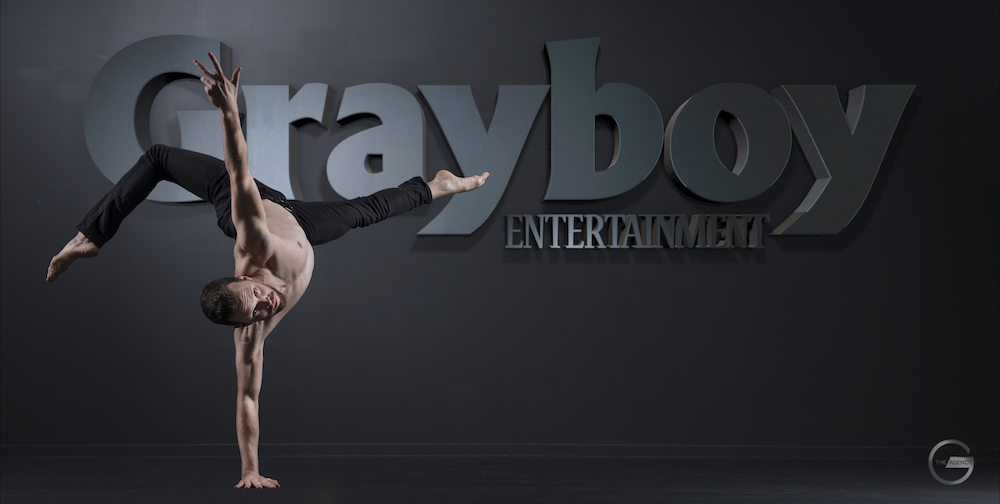 Dance Informa presents its new series: Agency Access. We chat to some of Australia’s most influential agency managers and representatives to give a behind-the-scenes look at what agency representation means in the industry today. If you’ve ever wondered why you need an agent, how to get one or what to look for when you’re seeking representation, this series will cover everything you need to know. In this edition, we speak with Stephanie Delaney, agency manager at Grayboy the Agency.

Grayboy the Agency is well known in the Australian entertainment industry, having been established for around 20 years. The agency represents dancers, singers, actors, and in the last few years has also opened up its books for creative artists. This includes directors, choreographers, photographers, makeup artists and lighting designers. A boutique agency, Grayboy focusses on a tailored, personal experience for its artists, with an emphasis on mentorship and guidance.

What does Grayboy the Agency offer the artists you represent?

“It’s been a long journey, but we’ve carved a niche as a boutique agency that takes care of, manages and represents artists in creative fields. My role is agency manager, and I’ve been with Grayboy for about four years. I used to be a performer myself, so I spent many years treading the boards, in musical theatre, touring, and I was on cruise ships for many years. Being in a role as agent or manager, I have a big responsibility to young people coming up through the ranks to be able to offer really strong mentorship and direction, so I see myself as an agent with a bit of a difference. I know where these guys come from and how hard it is to get a foothold and really be taken seriously in the industry. So when it comes to sourcing talent, we’re not a large agency, we are a boutique or bespoke agency. Currently, I represent about 100 artists, and that includes my creatives as well. That can fluctuate. There have been times when I’ve represented 80 artists, and that’s indicative of the industry. But I’m very selective about the artists who go on our books.”

How can a performer secure representation with you?

“I think when people are looking for representation, they seek the agencies with a great reputation, which I believe Grayboy has because we’ve been around for so long and had so many great people through our doors. So I used to hold these large general auditions, which were wonderful, but a process. You’d go through days of seeing hundreds of hopefuls, and it felt like a reality television show, where people would come in with stars in their eyes, ready to dance, and sing and perform and act, but I would have to say at the beginning of an audition, ‘I’ve only got three spots on the books this year.’ And, when you’re talking to a group of 500 kids, you’re really just crushing dreams. In Australia, the industry, although a bit smaller than the UK or the US, is just as fierce when it comes to performers being competitive and vying for the right to representation. So now I’ve pared it right back, and I tend to do invitation-only meetings, based on things like really strong showreels or acting scenes that they bundle up. In this day and age, people are so about technology, so if you can package an application together and put together a strong CV and showreel, that’s really what I’m looking for. Sometimes, I’ll have a small select audition where I invite people based on things they’ve sent in, especially if I’ve been inundated with applications. In that case, I’ll have one of my choreographers take them through two combinations in different styles so I can look at what their technique and performance is like, and maybe do a cut and hear them sing or do some acting. It does pare things down, and people can be disappointed that we don’t hold general auditions, but there are so many people seeking representation, so I would be doing them a disservice if I was holding regular auditions and making promises I can’t keep. I think the artist/agent relationship is the most important in your career. You have to be able to trust your agent, with values and beliefs that align, and if you don’t, that can steer you in the wrong direction as a young performer. So you need to choose the right relationship, and I always say to my applicants, ‘We’re shopping for clients, but you need to shop for your agent.’ It’s just as important for them to bring the right attitude and work ethic to the artist/agent relationship.”

What do you look for when you’re considering an artist for representation?

“It’s really important for artists to have really great technique. When I say that, people might assume I mean you have to have gone to the best school or have done years of specific training somewhere, but I’m not interested in that. Show me great technique and performance; that’s what I want. I can spot technique a mile away, and even if you’re a self-taught performer, go and get some classes, work on your technique. Try to take classes in different areas, because sometimes just dancing is not enough. I’m not saying everyone has to be a brilliant singer and a brilliant actor, but if you’ve done some classes, you can build a good singing repertoire of three or four songs in your back pocket that you could pull out in an audition. If you’re not an actor, do some workshops and show me on film that you can hold yourself and do a scene. When people apply for a position, I need to see versatility; I’m looking for a hireable performer who has different strokes to their brush. And you don’t need to pay hundreds of dollars to get a showreel. Just get into a studio, work with a choreographer or teacher you trust, and get them to put a routine together for you. Then I need a CV that’s clear and concise; you don’t need a million credits on your CV, just clarity and good relationships with anyone you’ve worked with, and a great cover letter that’s not too long and general. It’s about doing your homework, being smart and coming to me with a really strong application.”

Do you think performers in Australia lack opportunities compared to other parts of the world?

“The Australian industry has always been almost like a little brother to the UK or US when it comes to entertainment, because we don’t have a West End or Broadway. I think perhaps you could say there are less jobs, but that doesn’t mean there is less opportunity. In Australia, we create a lot of corporate work, and there is cruise work here if you want it. The larger cruise lines are absolutely coming to Australia because they know the quality of performer they are going to get. And perhaps, if there’s not as much work here, if anything, I think it drives the performers in their full time training to work really hard and be the best, so when they get on an international stage, they can bring something to the arena. I expect great things from my artists, and they should expect great things from me. I’m bridging the gap between them and the jobs and opportunities they want to be exposed to, so I expect them to work really hard, and if they are given a coveted spot on my books, that’s when the work begins. Don’t sit on your haunches and say, ‘Okay, my agent is going to get me all these jobs,’ because that’s not what it’s about. It’s about knowing you’re in a professional environment and you need to step up. You need to get headshots, get a singing teacher, go to classes that challenge you; there’s a myriad of things that I expect. It’s a reflection on the performer if someone falls flat in an audition, but it’s also a reflection on the agency. Casting directors question us and the calibre of performer we’re putting in front of them. So in a roundabout way, there may be fewer jobs here in Australia, but I like representing a smaller group of performers who are being consistent and working and training to book those coveted gigs.”

Why do you think agency representation is so important?

“I honestly think an agency represented artist will always get an inside track. Where a freelance artist will be trolling forums or looking on Facebook or maybe hearing from a dance class about an audition, some auditions don’t have open calls, and you will miss out. Occasionally, there will be a nationwide search for a very specific role, and casting directors will open it up, but 99 percent of the time, they will go straight to the trusted agents in the country and say we are looking for these roles and ensemble performers. Freelance artists won’t get those opportunities unless it’s reality television or something that’s a very public audition. I have a lot of people who come to me and say, ‘I’ve worked solidly in the industry, I’m 25. for the last five years, I’ve worked on cruise ships, gone to open calls, done some TV, a commercial through Starnow,’ but they’re now at a point where they have done everything they can possibly do and simply need to get to the next level. And that next level is to be an agency represented artist.”

What’s your final piece of advice for performers seeking representation?

“I think there are so many young people in the industry who have their own ideas of what an agency should be. Everyone is different and is looking for different things. There will be an agent out there for you, and if you find someone you really resonate with, listen to their advice and work on your application. If you like an agency and what they are about, do your homework. Find out what they are looking for and what you can do to stand out.”