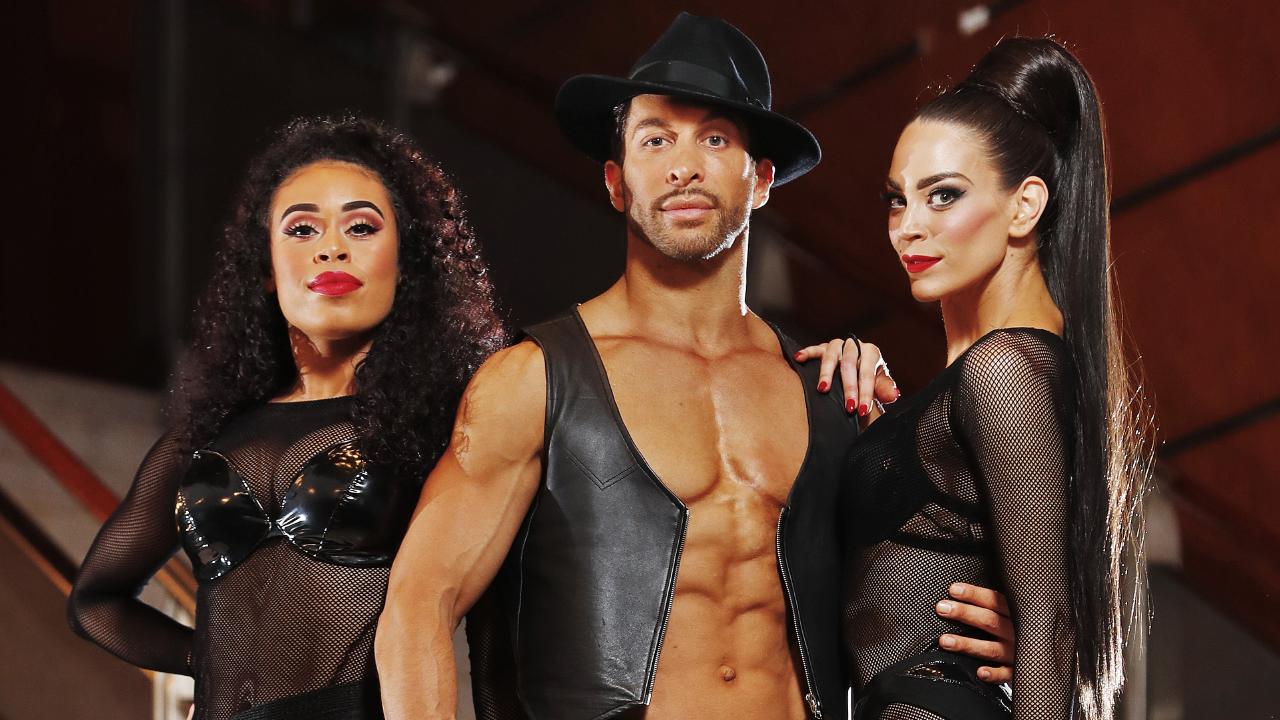 Although it’s still a few months away, excitement is building for Energetiks Victorian Dance Festival (VDF). There have already been a few instructor announcements, including the incredible Zoee Marsh, choreographer and movement coach; and Jarryd Byrne of Dancing with the Stars fame. And the news has now dropped that Travis Khan and Amy Berrisford, currently starring in Chicago the musical, will be teaching a Fosse-inspired jazz workshop for VDF 2020. We couldn’t resist the chance to chat to Khan and Berrisford about their experience working on one of the world’s favourite musicals, and what they’ll be bringing to the stage at VDF.

Get $25 off your VDF ticket for the 25 days leading up to Christmas. Just use code CHRISTMAS25 between Dec 1 and Christmas day at www.vdf.com.au/tickets.

This is not Berrisford’s first run in Chicago – she was part of 2009/10 cast, as a swing, playing June and understudying Velma – and she is thrilled to be back. “Just to be revisiting it and coming back 10 years later has been a dream come true,” she says, “and I’ve actually been cast as co-dance captain, so I’ve been working a lot alongside our choreographer, Gary Chryst. He’s got so much information to give, and he’s just incredible to work with, so it’s been a completely different experience this time around, learning more and experiencing more of Bob Fosse’s choreography. A lot of what he’s told us about the movement especially has been direct from Bob Fosse and Ann Reinking, little quotes like, ‘Don’t make it bigger; make it more important.’ In this day and age, it’s really quite difficult for performers and dancers to pull back, because we’re scared, but it’s so powerful. The simplicity in the movement is so strong, and it brings out all your confidence and sensuality; it’s incredible.”

Khan, too, notes the impact that the rehearsal process has had on him, especially as it’s his first time performing the show. “I did audition last time, but I wasn’t successful in getting it,” Khan recalls, “so this is really special for me. Ten years later, I’ve got the opportunity to do this iconic show that’s always been a dream of mine. The choreography that Amy’s talking about — Bob Fosse’s movement — is just so incredible for a dancer. And I think that’s what we’ll be trying to bring to the workshop — that it’s not about the high kicks and all of that; it’s the simplicity and giving the movement the importance that it needs. I feel like people tend to add choreography into it where it’s not needed, and the great importance about Bob Fosse’s choreography is that the simplicity and stillness speaks volumes. Having the opportunity to do it every day is an absolute blessing. And, as Amy said, the stories we’ve been told by Gary about Bob Fosse and Ann Reinking, it’s been an amazing experience to listen firsthand to someone who has worked with such an iconic man.”

Berrisford and Khan’s approach at VDF is set to be very hands-on. Teaching a stylised workshop to a large group of dancers might sound challenging, but both dancers want to be fully immersed in the room. “I think it will be a group effort absolutely,” notes Berrisford, “and I will definitely be on the deck with all of them. I taught at SADF last year, and I was on the floor running around, and I want that environment, I want to work one-on-one with as many people as I can, and give them as much information as I’ve been provided. And with Travis, it will be great to have both of us in the room so we can try to get to every one of the dancers.”

Khan is also keen to promote unity within the workshop. “We want to make it very much an experience for them as it’s been an experience for us,” he says. “I know that generally people will attend these events in their school colours, and that’s great, but we’re going to make sure everyone comes to our workshop wearing black. All through our rehearsal process, and our technical rehearsals, and of course the show, we wear all black. So not only do we want everyone to embody the choreography we teach, but also realise the power of one single colour in making everyone feel unified as a collective. The way Amy and I want to work is to bring everyone together and make everyone see that we’re working as one. That’s the way it works in the theatre — we get told the show doesn’t have leads; it’s a whole ensemble piece. We really want to encapsulate that at VDF.”

Those attending Berrisford and Khan’s workshop can expect to learn authentic Fosse choreography with a number set to the Chicago overture and “All that Jazz”. “We want people to leave the workshop feeling inspired!” Berrisford says. “We want them to walk away with a little bit more knowledge of the world of Bob Fosse, and a desire to research more of his film and his classic stage work. He was just an iconic man, and when Chicago comes back another 10 or 20 years down the track, maybe these kids will be old enough and want to audition. We want to leave them feeling inspired to come back for more.”

“I think it’s important for them to go away with a different way of moving,” Khan adds. “That’s the joy of festivals like VDF; the dancers get a taste of different art forms and styles, and this is something that most people haven’t experienced. It really just comes back to what Amy said about the importance of quality of movement, as opposed to quantity. We want people to walk away and know it’s actually hard to do less. And many dancers today don’t know that a lot of choreographers have been inspired by Bob Fosse. People know Michael Jackson’s iconic movement, but of course, he took some of it from Fosse. So there’s this history people need to get an understanding of, that Fosse was an originator of so many things we know today.”

If you’re still on the fence about coming to VDF, Berrisford and Khan are both passionate about the benefits of attending. “Dancing is an absolute blessing,” Berrisford says, “and we want to have fun and create a wonderful environment and atmosphere. I want to get to know everyone who attends our workshop and for them to take a little piece of myself away. I’m all about them letting themselves go and learning. There’s absolutely no walls up, and that’s what VDF is about.”

“We’re coming with a massive openness,” agrees Khan, “and VDF is so special because it gives people with an interest in all these different styles the chance to come together with like-minded people, and find something they resonate with. As long as they go away feeling they’ve achieved what they set out to do, that’s all we hope for.”

If you still haven’t grabbed your tickets for VDF 2020, you can do so here. And there’s 25% off for the 25 days leading up to Christmas with code CHRISTMAS25. Come Dance With Us at the Energetiks Victorian Dance Festival, April 3-5, Batman Royale, Coburg, Melbourne. www.VDF.com.au