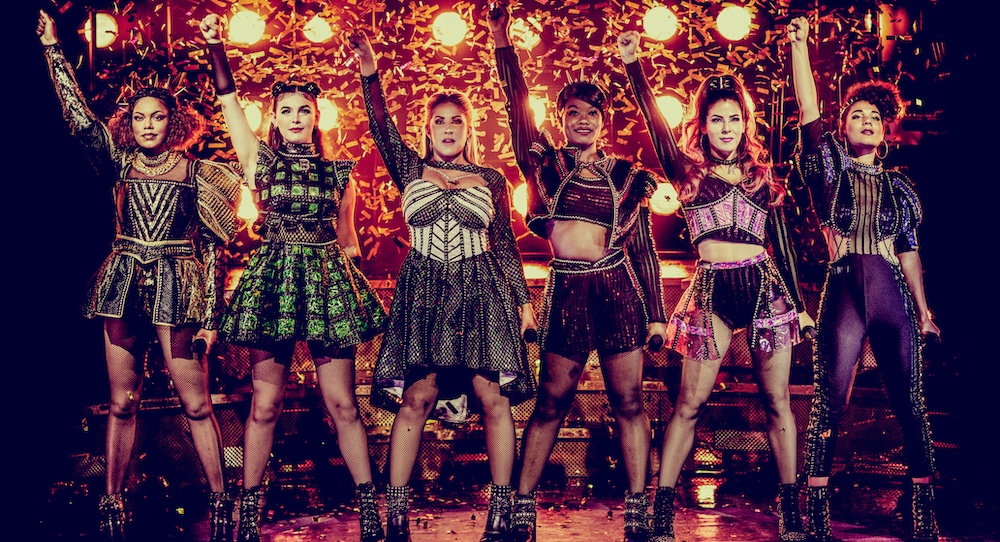 The critically acclaimed West End hit, SIX The Musical, will premiere at Sydney Opera House in January, with the Australian producers now thrilled to announce seasons in Melbourne and Adelaide in 2020!

The Australian tour will commence at the Sydney Opera House on January 4, before moving to Melbourne’s Comedy Theatre in April, and Adelaide’s Her Majesty’s Theatre in June as part of the Adelaide Cabaret Festival.

A witty, pop-fueled musical drenched in satire and sass, SIX remixes the history of the six wives of Henry VIII – Britain’s notorious Tudor King – as they take the microphone to tell their stories: Catherine of Aragon, Anne Boleyn, Jane Seymour, Anna of Cleves, Katherine Howard and Catherine Parr.

“Since announcing the Sydney premiere of SIX The Musical earlier this year, we have been inundated with fans from all over Australia expressing their love for this very exciting new production,” said Louise Withers on behalf of the producers. “We are more than delighted to now say we have secured a season in Melbourne, and as part of the Adelaide Cabaret Festival, a season in Adelaide. SIX is fast becoming a phenomenon across the world, and we are overjoyed to have Australian audiences be some of the first international audiences to experience this fresh, clever, uplifting and intoxicating musical production.”

Australian television, stage and film favourite Julia Zemiro, in her role as Adelaide Cabaret Festival Artistic Director, said, “From the Edinburgh Festival to the West End in the space of two years, this all-female ensemble with all-female live band is a perfect way to smash open the doors at the new Her Majesty’s Theatre! I’m rapt that SIX is part of Adelaide Cabaret Festival in an anniversary year as we celebrate female power! I saw it in London alone but felt like I was there with 200 of my best friends! The roar from the audience was one of deep connection as six sassy characters wowed us on stage with their comic timing, their attitudes and a re-writing of history. See you there!”

The six powerful women transform from Tudor Queens to Pop Princesses as they tell their rebellious tales in this original pop musical, accompanied by a phenomenal all-female band and inspired by the canon of music divas like Adele, Lily Allen and Ariana Grande. Since its Edinburgh Fringe Festival debut in 2017, SIX’s electrifying soundtrack has continued to capture audiences around the world, garnering more than 300,000 streams each day, making it the second highest streaming cast recording in the world, second only to the Hamilton original cast recording.

It has been a meteoric rise for the creators, 24-year-old Cambridge graduates Toby Marlow and Lucy Moss, who co-wrote the book, lyrics and music. The first original musical from the Cambridge University Musical Theatre Society, SIX blew away audiences at the Edinburgh Fringe and is now selling out an extended run on London’s West End, for which it received five Olivier Award nominations. SIX is also currently selling out houses throughout the USA and Canada, having completely sold out seasons in Chicago and Boston, and has also just embarked on a full UK tour. A Broadway opening has been announced for March 2020.

SIX The Musical has book, lyrics and music by Toby Marlow and Lucy Moss. It is directed by Lucy Moss and Jamie Armitage and choreographed by Carrie-Anne Ingrouille. Set Design is by Emma Bailey, Costume Design is by Gabriella Slade, Sound Design is by Paul Gatehouse and Lighting Design is by Tim Deiling. The Orchestrator is Tom Curran and Musical Supervisor is Joe Beighton.

SIX twists the narrative from 500 years of historical heartbreak into a 75-minute celebration of 21st century girl power.

For more information on SIX The Musical in Australia, visit www.sixthemusical.com/australia.