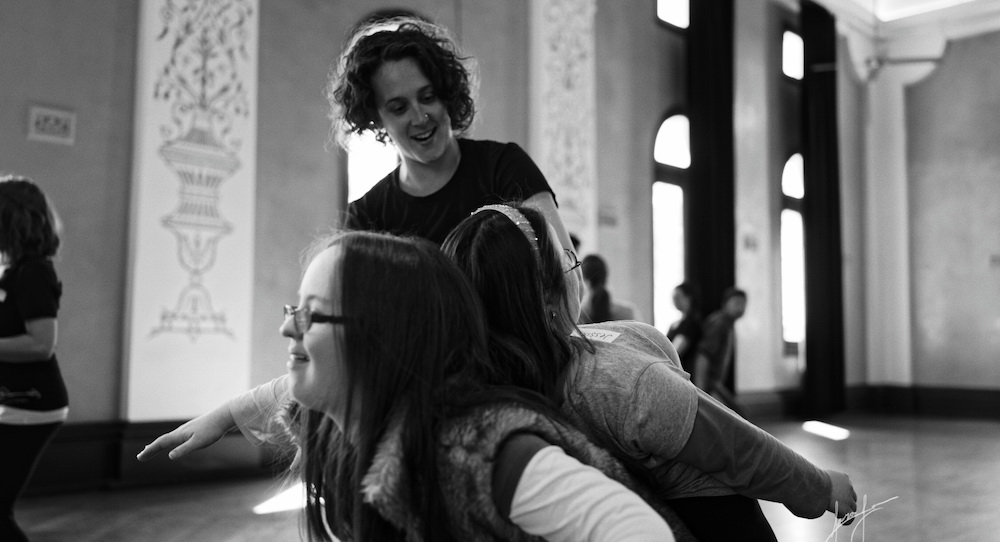 For the last seven years, Sydney-based independent company DirtyFeet has been opening up the world of contemporary dance. Since 2012, its (dis)ability workshop series, The Right Foot, has enrolled participants from across the ability spectrum. Run annually, this five-session program brings the dance class and the thrill of performance to those affected by physical and intellectual conditions that would otherwise preclude them.

Thus, when 2019’s Right Foot class present its EOY showcase (or “sharing”) in early November, DirtyFeet will use the occasion to officially launch the company’s inclusion action plan, Every Body Dancing.

“It’s been something we’ve always talked about, even though we were already doing it,” says DirtyFeet director and co-founder Anthea Doropoulos. “You know, just to get it down in black and white.”

As one of many independent arts companies trying to stay alive in a crowded and typically under-funded space, DirtyFeet could be excused for focusing singularly on its core business. Furthermore, at the professional level, dance is a rigorous discipline, elite and competitive. Yet, as any dancer will tell you, everybody can dance. Not perfectly perhaps. But joyfully, healthily, socially? Certainly.

While some will dismiss this as tick box, Doropoulos and DirtyFeet Co-founder Sarah Fiddaman were responding to pent up demand when they inaugurated The Right Foot. “There was definitely a gap in dance, and we wanted to be able to offer it to everybody,” Doropoulos recalls. “We’re really proud of all the achievements we’ve had with The Right Foot, because one of the reasons we started this project was to be able to give back to the community.”

Indeed, right from its inception, DirtyFeet’s founding members were keen for its company to reflect certain values. “Sarah and I both had really strong morals, like, we’re all the same, everybody deserves to be treated the same, no matter what their ability,” Doropoulos expands. “You know, there’s hierarchy everywhere, but even so, when we started DirtyFeet, we really wanted to set out to be as inclusive as possible. It’s like, it’s not hard. I mean, it’s not like we’re doing anything outrageous or amazing here. It’s practical. All organisations can do this. It’s not hard to make your emails size 12 font. Tick.”

As Doropoulos would argue, once we peel back arguments about language, and strip out the various ideological postures that surround inclusivity, what remains are simply practical, organisational hurdles. “Of course there are challenges, but we’ve never met an artist where we’ve been like, ‘Oh, this is too hard.’ It’s been more like, ‘Okay, you need that, let’s figure out how to do that.’ So, you know, I call people, ask around, just learn as you go.”

The reward for this effort is clear. From the joy and achievement of Right Foot participants to the appreciation of their families, friends and carers, the benefits of dance (and the connections it necessarily entails) play out both physically and mentally.

From a personal perspective, Doropoulos reflects on what she has taken from seven years of Right Foot workshops. “Yes, it’s nice to use my skills to inspire other people, but I think also, especially in the early years, I learnt a lot about patience, which I feel is pretty important. I also learnt to be less concerned about what other people think. But I’ve really learnt creatively, too, as in different ways to move or interpret a task. They [Right Foot participants] just operate right outside the box sometimes.”

Every Body Dancing has therefore emerged from the Right Foot experience, its development involving company members, workshops participants and others with interest and knowledge in the disability service space. Looking back, Doropoulos explains, “For our very first workshop, you know, we’d prepared, we’d researched, we had lesson plans, and we practised our movements and structures but only with each other. It’s very different when the bodies are inthe room with you. But I guess, as a dancer, you learn to really embody their bodies. So, it was like, ‘Okay, I can’t bend my knees like Anthea, I have to bend my knees like Matt,’ and then what does that look like? How do I get Matt on to the floor, and then how do I get him up off the floor?”

Delivering workshops to people in wheelchairs, or the non-verbal, obviously comes with issues. “Like any workshop, you never know what the participants are going to like or react to, and so a lot of it is just intuitive,” Doropoulos reveals. “That’s the beauty of working in dance, and with the team all being dancers, we’re able to think on our feet and keep the ball rolling.”

The inference here is that whilst inclusion action plans might not be a silver bullet and automatically wash out difficulties, they are a form of commitment to an ongoing process. Moreover, Doropoulos believes, Every Body Dancing represents a clearing of the pathway, a removal of unnecessary obstacles. “By not doing this stuff, you’re excluding people,” she concludes. “Whether you wanto to believe it or not, you are.”

For more information on DirtyFeet and The Right Foot’s Every Body Dancing plan, visit www.dirtyfeet.com.au/the-right-foot.