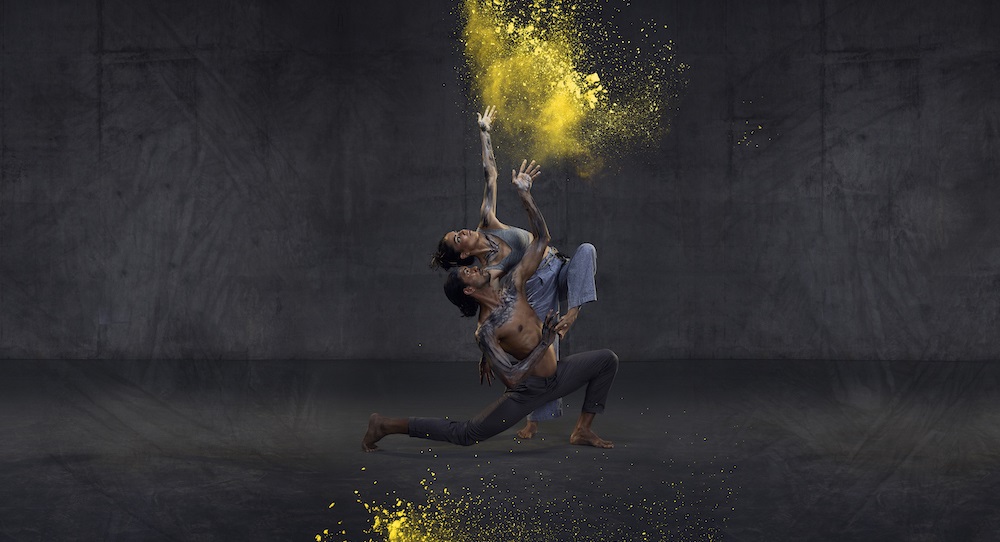 We are in Melbourne, early spring, and the house is packed once again. 30 Years Of Sixty Five Thousand is finishing its near sell out run. Indeed, it seems as though the cast and crew at Bangarra Dance Theatre are ready to burst from the relatively narrow confines of dance and, perhaps, even transcend the often blunt reduction of the loaded identity markers that typically swirl around them. The Sydney-based company is, as its veteran Artistic Director insists, cresting a wave.

“We are on a roll. We’re ready to fly,” says Stephen Page with unapologetic enthusiasm. And no wonder; because the country’s flagship indigenous dance company is not simply celebrating its 30th anniversary (and playing to packed galleries everywhere) but also gearing up for its 27th international tour in October/November.

Whilst touring overseas is an obvious feather in the cap, the remit of Bangarra goes beyond the mere garnering of foreign acclaim and audience. As one of Australia’s headline performing arts names, the company’s role internationally is partly ambassadorial, partly ‘soft power’ projection and, moreover, to act as a lightning rod for First Nations people at home and abroad.

“Sure, you can go and do shows and stuff, but that can become a one dimensional social sort of connection,” Page explains. “I think with us, it’s a little bit different. We challenge, we provoke, we come with all these social issues, and people are interested.”

That Bangarra’s heart and soul, and its art, is rooted firmly in the multi-millennium heritage of Australia’s linguistically and culturally diverse first peoples is clarion clear, and almost by extension the company (and Page in particular) have become activist/advocates — contemporary dancing spokespeople for a rich history, a perplexing present and an emerging future.

As the company’s long-time AD reflects, “I think maybe that’s what sets Bangarra aside sometimes, in that we have this cultural responsibility. It’s not just about going to another country but celebrating First Nations. Well, maybe not celebrating, but acknowledging the great similarities. So, I guess the purpose of doing an exchange is for educational or performing arts conversations…for us to get in there and showcase our survival and us telling stories on this scale, or in this way. You know, as indigenous arts in a mainstream theatre world.”

Thus, the company’s six-city tour of Canada and the US also includes a cultural residency at the Six Nations of the Grand River reserve, as well as a role mentoring young First Nations students as part of their performance in Brantford, Canada. These connections clearly operate on a creative and broader cultural level, as the indigenous peoples of Canada and Australia (and indeed globally) share similar stories.

On the benefits and importance of First Nations exchange, Page is clear. “They’ll look at us and go, ‘Oh wow, they’re all different aboriginal colours, they’re like us,’” he elaborates. “You know, they’ll see that some of us must be half-caste, some mixed, some from more traditional backgrounds. They’ll see diversity and we’ll see diversity, and they’ll see how the modern world has changed the exterior of us. But what we’re going to connect to is an interior, intuitive spirit. They’ll know straight away when we tell stories or share social statistics. They’ll know that struggle of trying to have a foot in each world.”

Here we get close to the heart of the matter. Bangarra is not an aboriginal archive. In a way, it’s about how indigenous tradition and identity can operate in a modern, multi-polar, technological world. It’s a form of deep, cultural migration, traversing centuries and worldviews to unearth new mechanisms of agency, respect and connection. “We bring our mob into a theatre culture and show them that, you know, this is how our ceremony plays out in a contemporary way.”

Dance, in Bangarra’s hands, is a conduit — not merely for the virtue signalling of ‘white understanding’ but for indigenous people to stake a place of genuine belonging in the present day. “This is how we rejuvenate our First Nations’ spirit,” Page adds.

International touring is also good for bubbles — most notably, for escaping them. The perspective of others is nearly always revealing. Mired in the context of Australia’s currently anxious polity, the Bangarra team will doubtless be reinvigorated by the gaze of new audiences and the personal relationships they will strike up with people from Canada’s diverse indigenous community.

“That bubble thing is just political. It’s Canberra pollution, or system pollution, that distils who you are and what you are and where you belong,” Page argues. “As First Nations mob in this country, we’re constantly under a sense of suffocation. So, when we do uproot ourselves and step into another country, and they’re firing questions at you that are about hope and optimism, that really supports the fire in you. It rejuvenates you. It’s like, ‘Wow, someone thinks we’re more than just whinging, black artists.’”

In this light, Bangarra’s trek from Vancouver to Chicago speaks to the deeper seams of the company’s raison d’être. Having been working on it for thirty years, Page and Co have refined both their art and their advocacy and, as they embark upon their fourth decade, are on something of a high. Thirty years may not be much compared to 65,000 (and indeed, history’s broad sweep puts all our present fracas into perspective), but even the weight of time appears to be sitting lightly with Page in 2019. “It just feels like we’re on fire right now.”