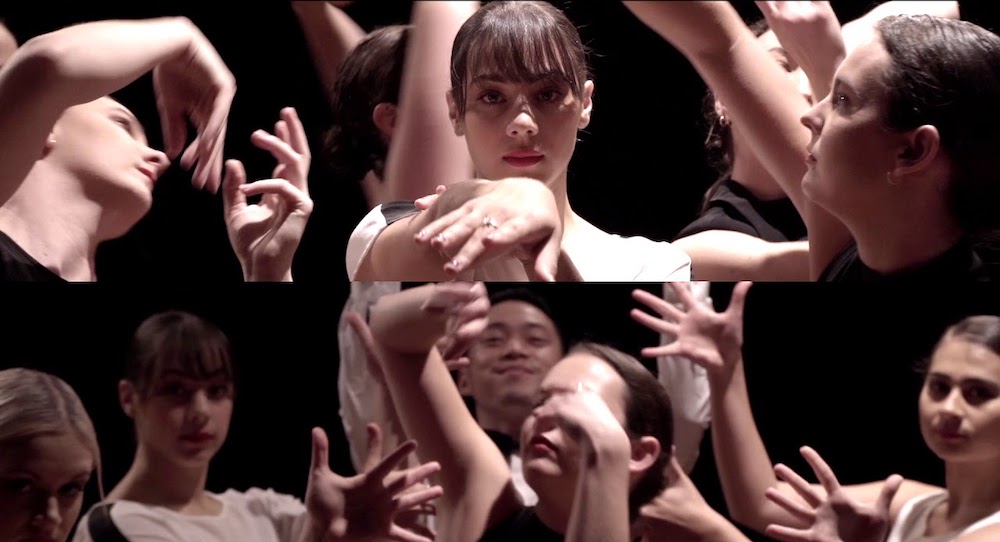 Even the strongest dance fan is in danger of moments of switching off during a dance performance that doesn’t reach them in some way, be it technique or story or both. Lion Heart Dance Company prides itself on creating works that move the heart, and the company does just that. As talked about in the script of the recent film, A Star Is Born, many artists can dance, sing or act, but it’s those who have something to say to the world that get people’s attention.

Lion Heart Dance was established in 2015, and is dedicated to assisting emerging professionals and aspiring dancers through workshops and mentorship. I have been following the career and work of its director, Benjamin Curé, for sometime now, and I’m not surprised by his recent success in securing the support of Harlequin Australia with its supply of dance floor and Energetiks dance wear which was on display during the performances.

The company’s recent show, Clash, was two acts containing two 20-minute works. The first work was a mesmerising exploration of the dance styles of jazz and contemporary and a purposeful exploration by choreographer Curé that began with watching closely the work of Bob Fosse and Jerome Robbins. The piece had a West Side Story flare to it as we watched the ensemble compete in two groups using a layering of sharp, stylised jazz lines with loose and free contemporary movement.

Act 1 demonstrated the heavy lifting of the lighting design, which changed the space dramatically as required throughout the show and was superbly done. The set was also a breathing organism utilised by the dancers who moved it around the space to enhance the themes of battle and competition. All of this was brought to life by a very slick, engaged dance ensemble made up of athletic and very diverse bodies, truly a celebration of uniqueness at its best.

Clash demonstrates the incredible mind of Curé as a choreographer who has moved past the title of ‘emerging’ to now making his mark on the world and being capable of creating work for the world stage. I say that having recently sat to review work at Sadler’s Wells London by world leading contemporary dance company Rambert and the creative genius of Mathew Bourne’s Edward Scissorhands, a delightful dance adaptation of Tim Burtons motion picture.

Act 2 was a 20-minute work titled ALIGHT and was incredibly vulnerable in content. ALIGHT explored the real life story of the directors struggle with loneliness, and Curé took to the stage to feature in his own work and story for the first time in the company’s five-year history. It used torches and candles in a beautiful display of movement. Although after some time watching the mesmerising light show that featured different colour lights as well as candles, I did yearn to see just a little more of the dancers behind the carried lights, and eventually I did. The story was very emotive and a complete contrast to the first Act.

Lion Heart Dance Company is a hardworking dance ensemble who, in CLASH, truly demonstrated the dancers’ abilities to play a multiplicity of roles, becoming various characters and engaging their whole selves in the work. The dancers’ ability to speak through every morsel of their body was outstanding.

Choreographers in the contemporary world have been criticised for telling too much story, but the narrative in Curé’s work did not detract from strong performance, the dancers’ technique and the work as a whole.

From the company’s environmentally friendly programs (available by smartphone scan), to the growing audience for Lion Heart Dance company’s shows, this pioneering creative is one to watch. In a season where many companies are losing funding, Curé is carving out a way in an industry led by the currency of passion.