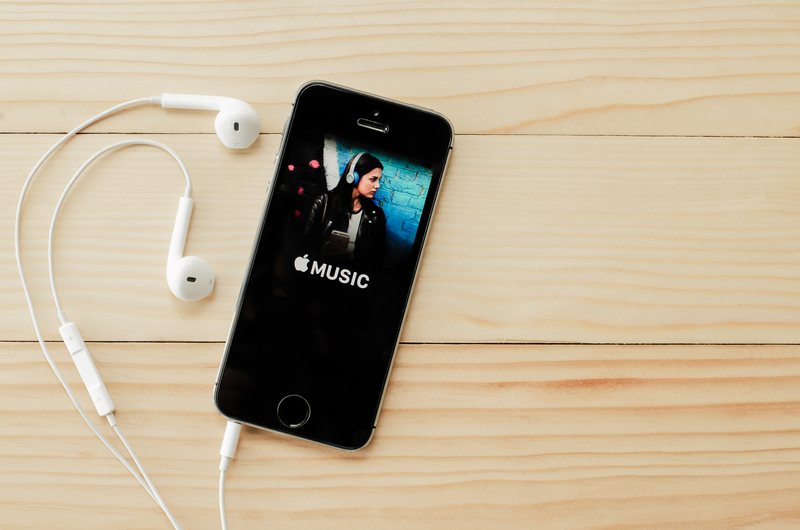 If you run a dance studio, it’s likely you will have subscriptions and memberships galore. Naturally, there are costs in running a business, and paying a fee for the music used in classes and performances is not only necessary but also important. The collection of copyright royalties to be passed on to the creating artists seems only fair and reasonable.

What hasn’t been entirely reasonable is the past administration of these payments for dance studios. Previously collected through Australasian Performing Right Association and Australasian Mechanical Copyright Owners Society (APRA AMCOS) and Phonographic Performance Company of Australia (PPCA), dance studio owners were often puzzled regarding which were required, and when. ‘Rules’ were hard to find, and harder to follow. Both organisations appeared to have a very similar function, and confusion reigned. (APRA AMCOS collected on behalf of songwriters, music publishers and composers, where as PPCA collected on behalf of recording artists.) Additionally, studio owners were not entirely convinced that payments were indeed received by the intended recipients.

OneMusic, which came into effect this past July 1, seeks to streamline the process and provide clarity to business owners, including dance studio owners, in Australia. I contacted OneMusic in an effort to help unpack the changes and how it will help or hinder the dance education industry.

When two become one

One of the main changes, as suggested by the name, is that OneMusic will allow businesses to establish and maintain their licence in one place – thus combining the efforts of PPCA and APRA AMCOS. OneMusic is hopeful a more streamlined approach will help to avoid any previous confusion. APRA AMCOS Chief Executive Dean Ormston says, “We know many businesses found it hard to deal with two separate rights organisations, and some neglected their obligations altogether. A simple, single, easy-to-use system will significantly reduce the administration burden for everyone.”

An additional outcome is to provide greater transparency to the process, with the aim to reduce some of the previously mentioned trust issues. “By simplifying and unifying music copyright management, OneMusic will make compliance easier and make sure rights holders are fully remunerated for both rights when their music is played in public,” continues Dean.

OneMusic believes the changes will be welcomed by the industry, listing the following as major positive changes.

As a fellow dance studio owner, the list of benefits seem reasonable, and I certainly welcomed both the streamlining and customisation components. It’s not an opinion shared by everyone, though. After receiving a list of curly questions from colleagues, peers and friends, I enlisted the help of OneMusic.

If we use syllabus music, why are we paying a OneMusic licence fee?

There is a way to save on the syllabus music you are publicly performing within your dance business:

All the music used in our dance studio is from Spotify. Why do we also need another licence fee?

“All digital music service providers, including Spotify, pay licence fees to music rights organisations from around the world (like APRA in Australia) to compensate the music creators that Spotify are making money from. These licence fees are paid only on the basis that the services being used are for the personal and non-commercial use of their customers. Once the music moves from personal use to public performance use – as in a dance studio – then the user needs to pay the music creators in a way that’s commercial and not personal.”

Why is it such a big jump from previous licence fees?

“You fill in your OneMusic Licence Agreement online, accurately completing all the specifics of how your school uses music and then you get to a summary page, and you get a bit of a surprise as to what your music licence fees will be for the next 12 months. How did this happen? OneMusic is very open about a price adjustment. The APRA dance school licence has had a price freeze for many years, not many products can say that, so there may be a small increase in some fees this year. The thing is, completing a new licence agreement creates an opportunity to provide updates you may not have advised before. Think of your Home and Contents Insurance. When you switch insurers, you often look more closely at whether you really do have locks on ground floor windows, the value on the specified portables and the replacement value – all those pieces of data you just tick-and-flick each year and which meant you may have been under-insured in years past. When you lift insurance cover, you often see a larger bill. In the same way, completing a fresh music licence agreement might highlight some areas where you have been under-licensed in the years past. Do you have an AMCOS ARIA licence? Do you have a PPCA licence? Again, when you lift the cover, you may see a larger bill. Or, you might be one of a minority of dance schools that were better suited to being measured for music use by the number of days you operated, which has now changed to number of classes. The dance industry said to us they would be better off measuring classes, not days, to remove the unfairness in price for schools conducting one class a day who were paying the same as a school with six classes a day.”

How does OneMusic think any increase is manageable for small businesses?

“APRA AMCOS alone has more than 100,000 songwriters and composers, many of them starting out as small business, many just micro businesses of just one person. It is not only those who top the charts who are paid royalties, a share of your fees. Each quarter, a whole different set of music creators get a royalty ‘cheque’. Yes, some are the big names, but the overwhelming majority are small players trying to make a living.”

Not every family purchases DVD recordings of a concert. The example in the Information Guide appears that OneMusic will charge $4.03 per person performing in the show? And they want us to offer copies for free? This is an income stream for me. I’d love to know how this fee is calculated; it seems outrageous.

“The licence fee for the Video Recording package is calculated on the average number of students enrolled over the entire year. We have to base the Video Recording package on some measure, and the average number of students was suggested as a good indicator of the size of the studio so as to make things fair. The alternative was to charge a flat fee, which wouldn’t take into account the difference between big dance studios with hundreds of students and smaller dance studios with a dozen students. The total number of students performing in the concert might be higher than your average student numbers, as it takes into account rises and falls in numbers throughout the whole year.

If you take up the Video Recording package, you are able to make (or give permission to others to make) up to 75 video recordings or 75 copies of the one video recording of your dance school event each calendar year. These 75 copies are on the understanding that you keep the cover price on the video recording to ‘just enough’ to cover production costs or better still, offer it for free. Even with 30 ‘average student numbers’ ($120.90), you could add a surcharge of $1.61 for each one of those 75 copies just to cover the music creators’ input.

Please note, a dance studio can still make a recording and sell above cost to families, they just need to apply for a Domestic Use Video licence from APRA AMCOS and ARIA.”

“Payment plans are available. All you need to do is email a request to hello@onemusic.com.au. Alternatively, for those accounts over $500 per year, invoices will be issued quarterly.”

For more information to the changes, visit onemusic.com.au.

By Jane Grech for Dance Informa.