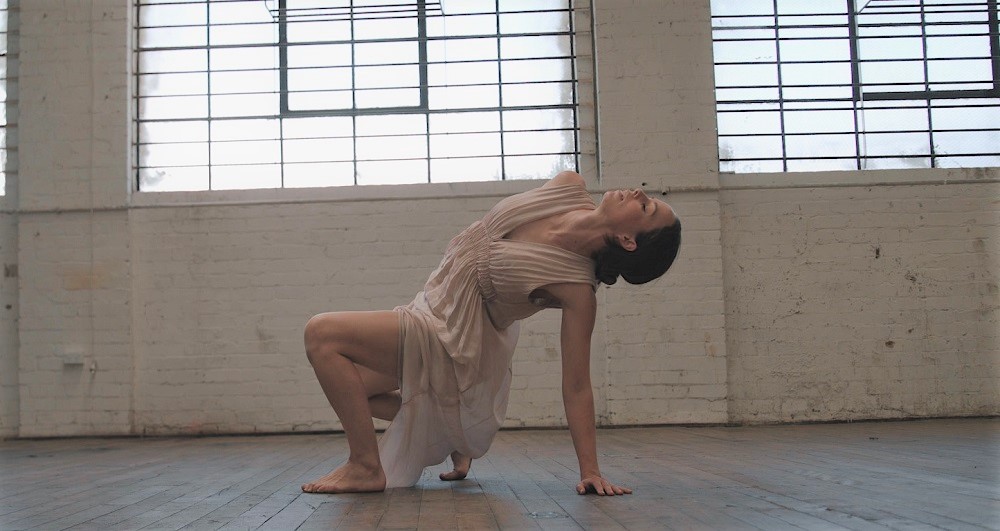 Reminiscence, a short film created by Australian dancer and choreographer Lucy Doherty, has been announced as part of the line up of the 47th edition of the Dance on Camera Festival in New York. An incredible personal achievement for Doherty and her small creative team, it is also a unique chance for Australian dance to be represented in a global setting. Film at Lincoln Center and the Dance Films Association present the Dance on Camera Film Festival as a celebration of dance from a variety of perspectives. Dance Informa spoke to Doherty about the festival and the very personal story that led to Reminiscence.

Reminiscence is part of a series of short films called ‘Dancing for Jane’, in memory of your mum. Where did the idea come from to honour your mum in this way?

“My mum was diagnosed with cancer, and while she was going through it, I had an idea to put on a show for her to keep her spirits up. She passed away a lot sooner than we anticipated, and I just decided to put the show on anyway. About a month after she passed, I had a cast from Sydney come, and we performed in my hometown, which was really special. Then I went on to tour within the following six months to a few cities in Australia. It was a big part of my healing process and my way of dealing with that loss, and I think it was just a really powerful way to express what was happening. Then, leading up to a year after she passed away, I decided I wanted to do something again. I feel like anniversaries are very difficult, especially the first year without her, and she actually passed away on her birthday, so it was a lot to deal with. I decided to film a dance work I had created, and although I hadn’t created the choreography with the intention that it would be for that, I think everything was coming from that place anyway. I filmed 6Teen Dream with Patrick Mazzolo, whom I’ve continued to collaborate with for all of the films, and I really wanted to share that on that anniversary. At the time, I didn’t think I would continue with it, but coming up to every anniversary, I just felt like I wanted to create something in memory and in honour of her. It’s also in honour of the process of grief, which I think is ever-changing.”

Were the three films in the series, 6Teen Dream, Mandala and Reminiscence, quite similar in terms of their creative process?

“They’re actually all very different. 6Teen Dream was just a very choreographed dance piece, and I didn’t really have the film concept in mind when I created it. When I decided to film it, I found a location and found a bit of a concept within that, with the intention of making it a bit of a ritual, with stones around. So it happened quite organically. With the second piece, Mandala, I had quite a clear concept in mind that would only work for film and it was all improvised, so that was fun. And for Reminiscence, I collaborated with Sarah Boulter for the choreographic process, so that was really special because she is kind of a mentor for me, and a friend. It was also the first time I had involved someone in that creative process, so it was nice to share that, and we developed all the choreography together.”

Watching Reminiscence, it’s clear that there’s a sense of someone there even though you’re actually alone. Was that the intention behind your choreography?

“It is kind of a mixture of things; since my mum passed, I just feel her presence so strongly, and I believe that she is still around, so there’s a bit of that, and then I think a bit of longing for that person. Just really missing that mother figure. So there is definitely a feeling of someone being there but not. It was quite an organic process with what me and Sarah worked on together, but in the choreography there are a lot of supports. We created the whole thing as a duet, and it was a lot of support and guidance on Sarah’s part. We had a lot of hands supporting, lifting and guiding, and then played with how we could take Sarah out of it and what things I could do without her.”

And did your cinematographer, Patrick Mazzolo, have a lot of input into the process in terms of how the film was shot and put together?

“Yes, definitely. It’s crazy because so much of it is not planned. I have strong concepts and the choreography and I tell him what it all means, my idea and my vision, and he just works on the day. He can pick up the most beautiful angles and always just captures exactly what I would imagine and better, so it’s very much a collaborative process on that part.”

What has the response been like to Reminiscence and the project as a whole?

Patrick Mazzolo, Sarah Boulter and Lucy Doherty behind the scenes of ‘Reminiscence’. Photo by Ashley Mason.

“The response has been quite beautiful, mainly because the topic is something a lot of people can relate to, and grief is something that’s not talked about enough. We often feel like we can’t talk about it, especially a year or so after we’ve lost someone, so it’s kind of an isolating experience. These films allow people to visit those feelings and know that they’re not alone in what they’re going through, so I think that’s the reason why they’re so relatable to people.”

And how did the film get picked up for the Dance on Camera film festival?

“Dance Films Association, who run the festival in collaboration with Film at Lincoln Center, started following me on Instagram, I think they saw a snippet of what I posted last year when I released Reminiscence because I hashtagged #dancefilm or something. When they followed me, I followed them back, and a few months ago, very coincidentally, I was scrolling through and saw that they were having a deadline for entries to the film festival. I quickly put in an application, and I really, really didn’t think I was going to get selected. My thought process was, ‘I don’t know why I’m doing this, but I’ll just do it!’ And then about a month ago, I got an email saying it got selected.”

You must be so excited! What does this mean to you?

“It’s quite overwhelming, and it’s such an honour. I have a lot of ideas of where I can take this and what I want to do with the whole project, and it’s been a real boost in confidence. I was actually planning to be in the States at that time anyway, so I’m going to fly over to New York and be there for it. I’m mainly excited just to see all the other projects that are being shown because I think apart from what you see online, we don’t have a lot of access to what everyone is doing around the world. It’s going to be incredible and inspiring to go and see all these other dance films.”

Since the project is so personal to you, is there any part of you that finds it difficult when it is now so public?

“For some reason, not really. I think I’m really passionate about the subject and talking about grief because I think we keep it so suppressed. When I lost my mum, the first thing I did was put on a show, so it’s been very public from the start. Being able to talk about it and be open and vulnerable is important, too.”

It’s wonderful that the project has been so healing for you. Are you planning to continue with the series?

“I’m actually planning to create a documentary next! I’d like to tie together all the films I’ve made so far and follow the creative process of making the next one. My auntie, who is my mum’s sister, is a documentary filmmaker, so we’re going to work together on that project. It’s very exciting.”

We can’t wait to see it! What else are you working on at the moment?

“I’m currently working with an Australian pop artist on a live show, and I just did her music video, so that’s really exciting. I’m actually dancing not choreographing, so it’s nice to step back from the creative role for a minute and get to dance and perform. I’m really enjoying that right now.”

For more information on the Dance on Camera film festival, visit www.dancefilms.org/dance-on-camera.