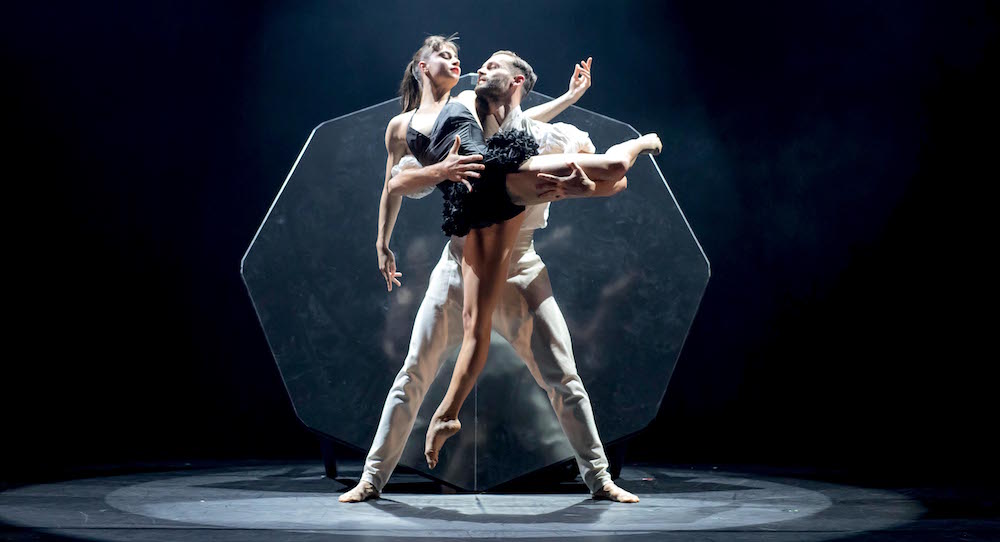 Expressions Dance Company (EDC)’s The Dinner Party is a reworked and expanded version of a work by Natalie Weir originally entitled The Host and is set at an elegant dinner party. We meet the six characters and see how the host seeks to manipulate and control his guests. Does he succeed?

Under its new Artistic Director Amy Hollingsworth, EDC from Brisbane in Queensland was briefly at Riverside Parramatta as part of a national tour.

This work choreographed by Natalie Weir, former artistic director of EDC, has a small cast of six and is brilliantly performed and breathtakingly choreographed. Weir’s choreography is very athletic and demanding, requiring a very supple back and incredible control and technique, with possible hints of Maurice Béjart, Sir Kenneth MacMillan and Graeme Murphy AO’s styles, as well as Matthew Bourne’s Play Without Words. There are very demanding lifts, acrobatic runs and catches, and some sinuous, fluid rippling movements, as well as spins, turns and high, soft jumps.

The set is mostly bare and black (with a shiny, glittery fringed curtain) and the large octagonal table with six chairs that are shifted and used as a powerbase. The heavily string-based recorded score is by the Southern Cross Soloists, mostly original, but it also quotes from Prokofiev’s Romeo and Juliet. The layered costumes by Gail Sorronda are in black and white.

So we meet The Host (Jake McLarnon), who is elegant in black, arrogant, controlling, charismatic, perhaps a trifle sinister; The Hostess (Lizzie Vilmanis), his wife, elegant and beautiful, rather torn and wistful but also very controlling and manipulative; The Rival (Bernard Knauer) in a white suit, who becomes manipulated like a puppet by The Host; The Wannabe, a dazzled perhaps somewhat insecure young man, delightfully portrayed by Jag Popham; The Lover, who is The Host’s beautiful elegant mistress (Isabela Hood) and who plays on the insecurities of The Hostess; and The Insecure Party Girl (Josephine Weise).

They all have sensational solos, as well as interlocking action — some pas de deux, some quartets — all about the various relationships and squabbles for power. Who wins?

The Dinner Party is a dazzling, extraordinary performance.