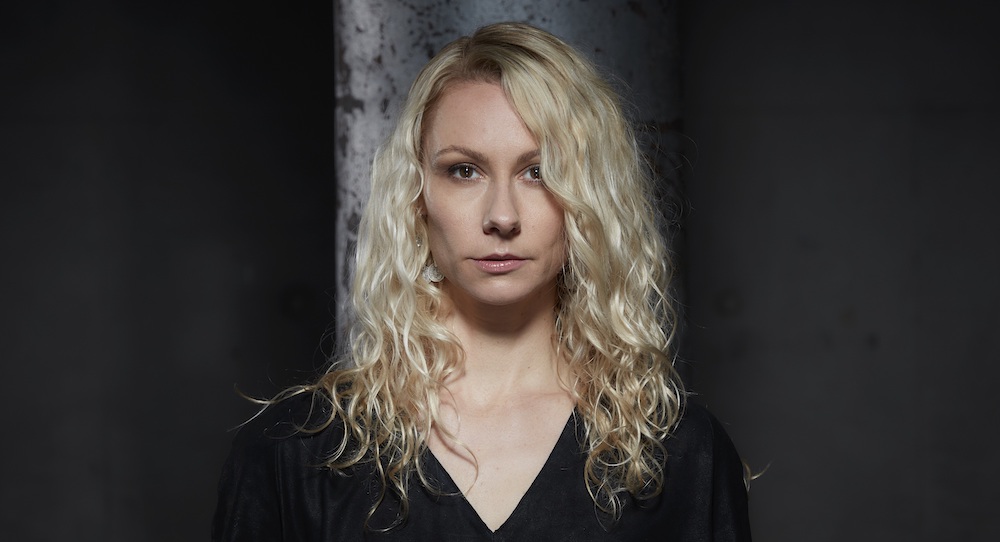 It is one of the lovely glories of dance that, with the body as its brush, it can paint the vastness of the heavens. That such cosmic immensity should be hinted at by something as fragile and ephemeral as a human being (and all without words) is something that has entranced dancemakers for millennia.

Perth-based choreographer Rachel Arianne Ogle is therefore one of many to have gazed up from our tiny rock in space and wondered how she might coalesce the universe into an hour of staged movement; and across a couple of weeks in late May/early June, she will re-stage two thematically linked works, precipice and i have loved the stars too fondly to be fearful of the night, both of which place the body (and the self more broadly) within the context of a cosmos of almost unimaginable scale.

“I’ve always had a fascination with the cosmos; that’s evident in a lot of my work,” she reveals. “I’m intrigued by the interconnectedness we have with the universe at large and our vulnerability within that — these greater forces that are at work and that are beyond our control. Then, as the years have gone on, that’s shifted toward looking more at death and ideas of, you know, going back into the universe at the end of our life, whatever that means.”

Yet, for all the galactic imagining that’s weaved into the works, what Ogle confronts now is the particular and absorbing challenge of re-mounting two pieces across consecutive weeks — the first a vigorous, physically exacting four hander and the second a more experimental, “durational” installation piece.

“It’s definitely unusual,” she says of the opportunity. “It’s my ideal situation because when we made the second work [stars], it really did feel like it was very connected to, and some kind of response to, the first [precipice]. I’m really interested to see how that reads for an audience but also excited, because it’s very rare to be able to revisit twoworks at the same time.”

For their creator, the back-to-back rehearsal and performance of precipice and stars is clearly a moment to observe her own style. As she notes, “They’re both very revealing of my history. I look at them, and they’re both signature works but in very different ways, and that reveals to me both my lineage and training, and my influences, but also me discovering my own choreographic voice somehow.”

Aside from the similarities, there are, of course, differences. The former, as Ogle observes, is “relentlessly physical”, whereas she describes the latter as being “much more meditative and mesmeric.”

For those familiar with Ogle, the notion of a work grounded in tiny subtleties of movement may seem surprising. Across her 17-year career as a dancer and choreographer, she has not only scored Helpmann and Australian Dance Award nominations (for precipice) but also earned a reputation as a maker of highly physical works. Indeed, for Ogle, i have loved the stars too fondly to be fearful of the nightis clearly experimental.

“So, it’s me in front of an installation which has a lot of movement in it,” she elaborates. “However, my body is very minimal; but somehow, by focusing on that, especially in relation to the moving lights in the space behind me, it creates this little visual perception where your vision is distorted and you kind of start to see things that maybe aren’t happening.”

In collaboration with the live production duo of Benjamin Cisterne and Luke Smiles, Ogle will perform the work at the Perth Institute of Contemporary Arts (PICA), but, thanks to the wonders of live feed technology, the work will incorporate data streamed from “ground communications at airports from around the world.” This data will then be blended by Cisterne and Smiles into the sound and light design. “It’s kind of cool,” Ogle enthuses, “that this thing is happening on the other side of the world in an airport and they have no idea that their voices are being used in a live performance somewhere else.”

Rachel Arianne Ogle’s ‘i have loved the stars too fondly to be fearful of the night’.

As the aging astronomer in Williams’ poem does, Ogle is daring to behold the enormity from the perspective of an infinitesimal island in a nigh endless sea, and to do so with a sense of wonder and awe.

Rachel Arianne Ogle’s precipice will be presented from 29 May – 1 June at State Theatre Centre of WA. For tickets, head to ptt.wa.gov.au. Ogle’s i have loved the stars too fondly to be fearful of the night will run 5 – 8 June at PICA. Tickets are available at pica.org.au.