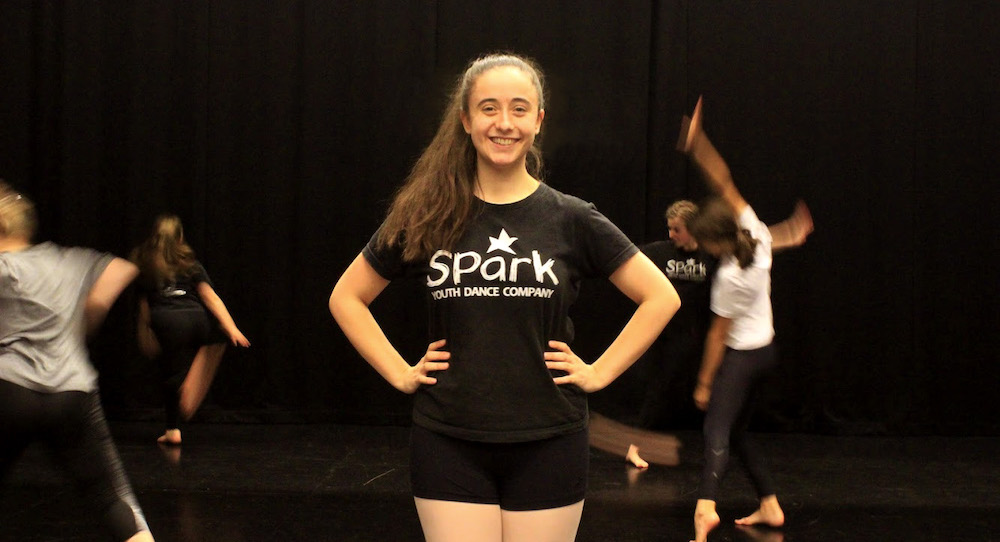 At the age of 18, Alex Dellaportas decided to create a dance company so that she could choreograph and create what she wanted to do. Spark Youth Dance Company has evolved into a vibrant, inspiring and resilient organisation, preparing to go on its first regional tour with its latest work, Ariadne. Dance Informa had the pleasure to speak with the 21-year-old Dellaportas about her path so far.

What made you think you could establish a dance company at the age of 18? 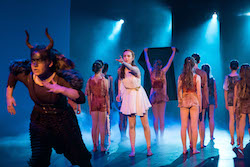 “I think I was bored. I had just finished high school, and I didn’t know what I wanted to do. I knew that I wanted to dance, so I decided to do a degree in Performance Arts. But I ended up dropping out because it wasn’t what I expected, and I wanted to start choreographing, so I decided to create the Spark Youth Dance Company. There wasn’t much available in the way of dance and performance opportunities on the Mornington Peninsula, so I just did it, and it ended up being the ideal role for me because I love it all. The admin, the choreography, everything. Nutcracker was the first production in 2016, and now we’re up to our third season. It was a challenge but my ideal role.”

Who or what was your inspiration?

“I wanted to do it for myself. The way I choreograph, not someone else’s way.

I love The Australian Ballet; they’re my favourite ballet company. Giselle! I love the way Giselle was crafted — the lighting, the costumes, the whole production. I learn so much each time I see a dance performance. 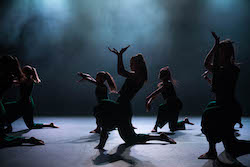 Wayne McGregor is another one who inspires me; he puts so much into all the production aspects – lighting, music, costumes. Tree of Codes! I was enthralled. And it was so physical. Such a huge experience to try to pull all of that together. I was at Uni at the time he came to Melbourne to perform Tree of Codes. I wrote him a letter asking if I could meet him when he was in Melbourne, and he responded saying yes! So I asked my teacher at Uni if I could have time off, and she said no. I think it was then that I decided to drop out. I’m learning so much more outside of Uni.

At Spark, we try to live our art authentically. We’re less clouded by adult problems; we’re brave and fully into the work.”

Who has supported you along the way?

“My family is my main support; my Mum is the accountant and my bedroom is my office. My family is Greek and my father plays devil’s advocate. But that’s good because he makes me think, and I have to come up with ways to fix things.

But it’s the kids who have been my major support. They keep it going.” 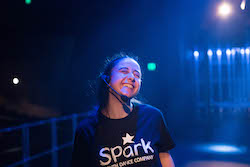 When and what was the pivotal moment when you realised it was going to happen?

“We had that moment with Nutcracker, our first performance. We had a snow machine; you have to have snow for Nutcracker. We had checked it was working, but 30 minutes before the performance, it wasn’t working. So we went into survival mode with literally everyone cutting up white paper that was bundled up above the stage. When it fell, it looked just like snowflakes! I was in tears. After the performance, one of the dancers said what we were all thinking: ‘We actually did it!’ That was the moment when I knew we had to keep going.

That was in 2016, and I had asked Daniel Gaudiello to be the guest artist and he had said yes! He was one of my favourite Aussie Ballet dancers, and I knew he had recently retired.

I also wanted a live orchestra. We found a music director, but he stormed out of rehearsal just before the opening, saying we weren’t professional enough!

We were lucky to find someone to step in at the last moment.

My Mum and I, we say, ‘That first year was the year we like to forget.’ 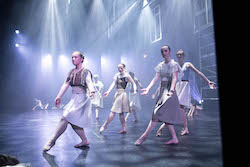 The second year was completely different. We found Joseph Lallo, conductor and saxophonist.He had studied and lived in France for six years before coming back to Melbourne, to take a role at the Melbourne Conservatorium of Music. He’s also the Artistic Director of Melbourne Saxophone.

He‘s stayed with us. There are 40 in the Spark Orchestra; they’re all professionals from the Mornington Peninsula, and they’re great connecting with the kids.”

How fast are you growing?

“We recently hired an admin assistant, and she’s the only paid staff member at the moment. As for the website, I love graphic design, so I look after all that. There’s a running joke at Spark because I’m the most disorganised person, seriously. So our motto has become, ‘It’s okay; we’ll be fine.’ The Orchestra is also paid. The rest of the creative team are under 25 years old and volunteers.”

How do you survive?

“I live at home with my family, but this year’s goal is for me to get a wage.”

What do you have on your agenda today?

“I’ll be busy today with a fundraising meeting — advertising, how we can raise funds particularly for the tour of Ariadne that we’ll be doing in May/June.”

Tell us about this new production. 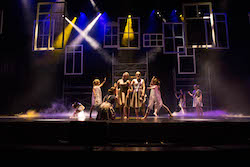 “It’s based on the Greek myth of the Minotaur and how youths and maidens were sacrificed annually until the Athenian hero Theseus killed him. My version has a back-story, which is about Ariadne, who fell in love with Theseus but manipulates him. There’s a link with mental health.

WithSpark,my aim has always been to provide opportunities for youth so they can take on responsibility and feel good about themselves – to create, direct or produce. I’ve seen some amazing changes in people who come and dance or volunteer with the company. This year, we want to highlight the issue of mental health.

I have seen at least two kids who have totally changed. One of the dancers had a fear of improvising and would always freeze at that section, but it was required for the performance.

At the end of production week, we were all running around and went straight into rehearsal, and she just improvised without really thinking. She couldn’t believe it.

The other change was with a seven-year-old — a shy, mute and beautiful dancer whose mother always drove her to class and stayed for the class. That day, she told her mother that she was okay and that she didn’t need her to stay. I’m not sure who was more surprised, the seven-year-old or the mother.

I tell my dancers, ‘Be yourself, be crazy.’” 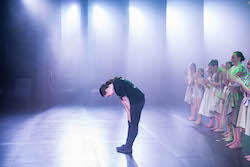 Who are some of your collaborators?

How many volunteers do you have, and what sort of roles do they undertake?

“The videographer and lighting designer are all volunteers who grew up in the company. We recently found a cello player who composes music, and he’ll be playing in Ariadne. He’s going to compose the music for our next production, which is very exciting!”

Spark Youth Dance Company will tour with Ariadne from 23 May – 7 June, with the full orchestra and 30 dancers. For more information on Spark, visit www.sparkyouthdance.com.au. Follow the company on Instagram: @sparkyouthdance.