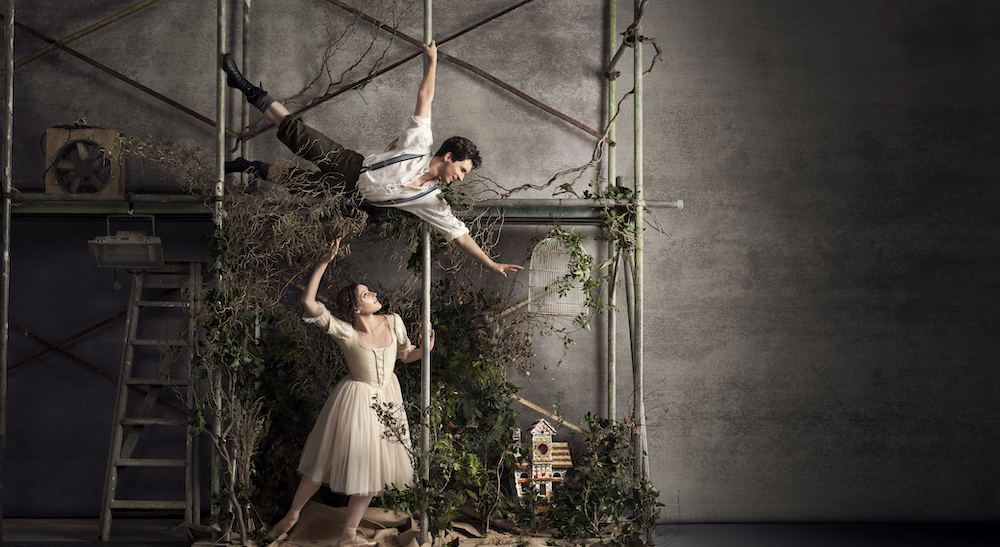 Up-and-coming choreographer Loughlan Prior has already approached 2019 full steam ahead. A graduate of the New Zealand School of Dance, Prior is now the Choreographer in Residence at the Royal New Zealand Ballet and the Creative Director of Prior Visual, a project-based film collective. While those two roles must certainly keep him busy, Prior is excited and motivated to put even more on his plate. Later this year will see two huge projects for Prior – two large-scale works premiering two days apart in November. Here, Dance Informa speaks with Prior about his exciting upcoming projects.

Firstly, congratulations on creating Hansel and Gretel for the Royal New Zealand Ballet. How will you be interpreting this story? What will the challenges be?

“Thank you. This production was commissioned by Royal New Zealand Ballet’s Artistic Director Patricia Barker and brings together a wonderful New Zealand creative team to tell the timeless tale of Hansel and Gretel. As Resident Choreographer, I am incredibly excited to be working closely with beautiful Auckland-based composer Claire Cowan and visionary New Zealand designer Kate Hawley to create an enchanting original score and designs.

Loughlan Prior. Photo by Stephen A’Court.

We have been greatly influenced by the German expressionist film noir landscape of 1920s cinema – fantasy and horror combine to create a surreal and magical world where nothing is as it seems. It has been such a pleasure expanding upon the world that the Brothers Grimm created in their well known 1812 short story – fleshing out familiar characters, their relationships and motivations.

Our story centres around Hansel and Gretel’s resilience to adversity and how they overcome the many barriers put in front of them on their journey. We have given a lot more time to the relationship of the family unit, and have delved a further into the role of the witch, providing her with greater agency and purpose from the beginning to the end of our story. She rides around on a steam-punk bicycle selling gingerbread ice creams, luring children into the forest.”

What are you most excited about for this new challenge?

“The greatest challenge in pre-production has been the abundance of ideas we have had, and editing our thoughts down to the most effective storytelling devices. Communication between choreographer, composer and designer has been a wonderful thing; however, it does take time to translate the different creative languages we all speak.”

You also have a work with Queensland Ballet premiering around the same time, which is your first creation on an Australian company. Tell us about this work, about your excitement about having a work on in Australia and how the multiple elements (like animation, puppetry) will be involved.

“My new work, The Appearance of Colour, was commissioned by Queensland Ballet’s Artistic Director Li Cunxin for the company’s Bespoke programme, a platform that promotes the creation of innovative new contemporary works. Taking influence from the composition’s of John Metcalfe, this interdisciplinary creation aims to explore the human response to colour emerging from darkness.

Inspired by the first transmissions of colour television in the 1970s, the work explores diverse tonal states between black and white and bold colour, presenting a continually shifting panorama of music, digital animation, puppetry and dance.

I have been working closely with Melbourne-based animator Glynn Urquhart to choreograph animation sequences that enhance the structures created by the ensemble. Two overhead projects will sit above the stage and colour the floor with light as the work unfolds.”

In both of these works, you will be collaborating with other creatives like composers and animators. How do you find a collaborator, and do you enjoy working this way?

“The greatest part of making new work is collaborating with other artists and bouncing ideas around – you’re both pushing toward the same end goal, but from very different backgrounds. The force of ideas merging is incredible!

I have what I would call ‘creative compulsion’, where I need to be working on a project or I go a little crazy. I’m always fascinated by other artists who work in disciplines other than my own. I really just like collaborating with people whose work and stories inspire me.”

Your dance practice involves integrating dance and film. How did this come about, and how will you continue to work with fusing these two forms together?

Loughlan Prior (right) in rehearsal. Photo courtesy of Prior.

“I love cinema, and I began dabbling with choreography and the camera almost as early as I began choreographing. The camera allows you to view, edit and explore dance in such an interesting variety of ways. I have always struggled with the ephemeral nature of dance, and I guess film is a way to preserve a part of what you create.

Projected imagery, film or animation, when combined with live dance, can be used to heighten the world you are creating on stage, and this is exactly what I am exploring in both my new works this year.”

Lastly, many younger dancers may not realise that often being a dancer or choreographer means having multiple projects on the go at the same time and in your case in different countries! How do you manage this, and what are your tips?

“Life is a juggling act; any dancer who has developed a choreographic practice alongside performing knows the meaning of time management. I have become pretty good at juggling multiple projects at the same time, although admittedly I have never had two major premieres so close together before – their opening nights are two days apart in November!

Patricia has been incredibly supportive in the process and allowed a streamlined path to juggling my roles as dancer and choreographer. Being organised, planning ahead and developing your work to a timeline is the key to finding space to work on multiple projects, and in fact they can quite often end up feeding each other in creative ways you never expected.”

Hansel and Gretel premieres in Wellington on 6 November, and tours New Zealand until 14 December. For more, head to rnzb.org.nz/shows/hansel-gretel.

The Appearance of Colour premieres in Brisbane on 8 November, and runs at the Brisbane Powerhouse until 16 November. For further details, visit brisbanepowerhouse.org/events/2019/11/09/bespoke-2019.