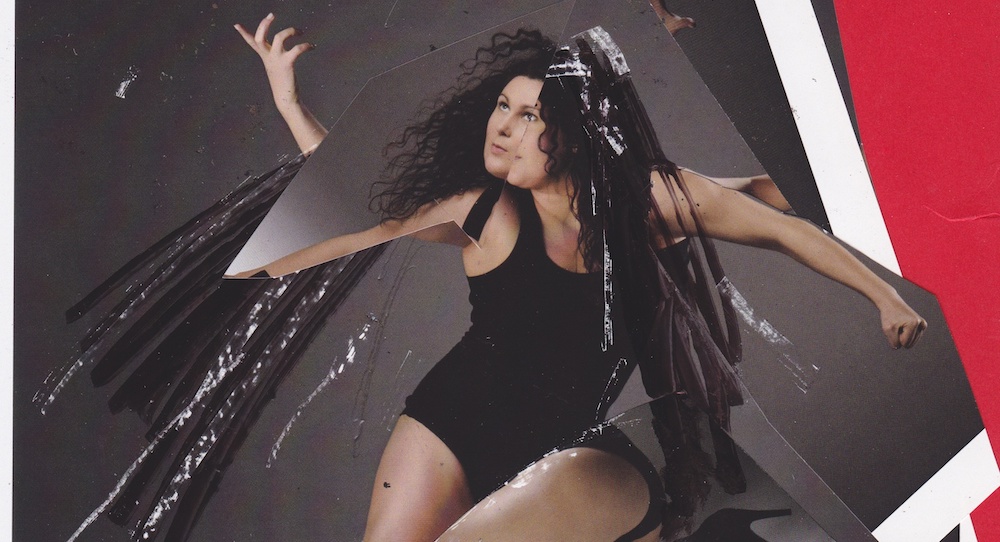 There is something entirely apt about Cher being the subject of a cabaret act. The pop/female/LGBTI icon has already spawned countless nightclub drag tributes and given voice, through her activism and philanthropy, to communities outside the vanilla mainstream. Had she been born 40 years earlier, she would have fitted seamlessly into cabaret’s inter-war (1919-39) heyday. As it is, she is the inspiration behind a 21st century cabaret marriage with contemporary dance. Indeed, when dancer/choreographer Larissa McGowan takes to the stage as part of this winter’s Adelaide Cabaret Festival, California’s prima diva will once again become totemic.

“Originally,” says McGowan, “this all started out as a conversation between friends, simply because I have always mimicked Cher in her “If I Could Turn Back Time” song; oh, and the curly dark hair. But actually, I’m using her as an icon or totem for the idea of reinvention.”

Thus, McGowan’s Cher is no mere tribute or sequined cover act but instead a reflection on the journey of women and artists through the decades, a journey that now takes place against a backdrop of an increasingly novelty-hungry culture. “Really, it’s about trying to reinvent yourself as an artist in the industry,” she elaborates. “To stay relevant, you need to reflect on what you’ve done, who you are and what else you want to portray. So, for me, she’s just been this figure who really does display this, and also, the obvious aging of a female artist.”

For McGowan, the fact of reinvention, or diversity, is nothing new. The Brisbane-born, Adelaide-based dancemaker has worked extensively with Garry Stewart at Australian Dance Theatre, been a guest choreographer for SYTYCD, created her own works (Skeleton, Fanatic, Zero-Sum) and taught adult classes between gigs.

Yet of course, as it is for everyone in dance, age is the inevitable elephant. However, she is careful not to nail this to the mast of gender politics. “When people say, ‘Is it just the female side of it?’ I’m like ‘No, it’s because I’m woman that that’srelevant,’ but truly it’s a general thing. As we get older, we need to find our own investigations as to what we want to continue to say and be. It’s not just about women; it’s dancers and artists in general.”

Here again, Cher serves as the symbol du jour. Having burst onto the scene as a teenage starlet with “I Got You Babe” in 1965, she survived pop’s fickle attentions and two marriages to win an Oscar, an Emmy, a Grammy and three Golden Globes, in addition to becoming a fashion design icon and a high profile HIV/AIDS campaigner. Now in her early 70s, she is still refusing to be neatly boxed up.

For McGowan, the potency of Cher’s chameleon career is part inspiration, part challenge. “When you look at the idea of reinvention, and then I look at these crazy outfits that she’s had, that just makes me think how much we have to continue to make and fabricate and transform visually.” Indeed, Cherappears to have come at an interesting juncture in McGowan’s career. “That’s possibly why this is all happening; because I’ve gone, ‘Right, well that’s all been fabulous,’ but what’s next?”

Deeper still, there is the nagging idea that often the pressure for change is merely the symptom of an industry and a culture addicted to the lurid shimmer of newness. As McGowan reflects, “Am I present right now? Am I doing what I want to do and saying what I want to say, and how selfish is that? You know, I’ve talked myself in circles thinking about this stuff, but at the same time, I’m thinking about it because, at some level, there needs to be a change.”

Hence the migration of her contemporary dance aesthetic and skill set into the late night world of solo cabaret. “It’s been a massive talking point in the process so far,” she admits. “Firstly, why? As a performer, I love so many different styles that I feel, in a way, I’m kind of coming full circle. You know, contemporary dance can be fun. It can be hilarious, inspiring, all of those things. So, with the cabaret setting, we’re looking at the tropes that come within that – the music, the banter, the dance, the costumes, the audience interaction. People know and love this about cabaret, but they don’t necessarily get used much in the contemporary dance setting. So, I actually hope this challenges both at the same time.”

Yet, in saying this, McGowan is not stepping entirely away. “For me, it’s completely contemporary dance,” she adds. “I mean, that’s where my whole career focus and artform and training has been, but at the same time, we can still reach audiences and excite them and challenge their ideas about what contemporary dance really means. I think these brackets that we’ve all gotten used are starting to smudge a little. That for me is exciting.”

In this light, it is little wonder that Cher is McGowan’s totem of choice and that the latitude of cabaret is the means by which this transformative moment will be enabled. The net result, you feel, will be more about going forward in time than turning it back.

You can catch Larissa McGowan in Cher at Adelaide Cabaret Festival 19 – 20 June. For tickets and more information, visit www.adelaidefestivalcentre.com.au/events/cher-larissa-mcgowan.