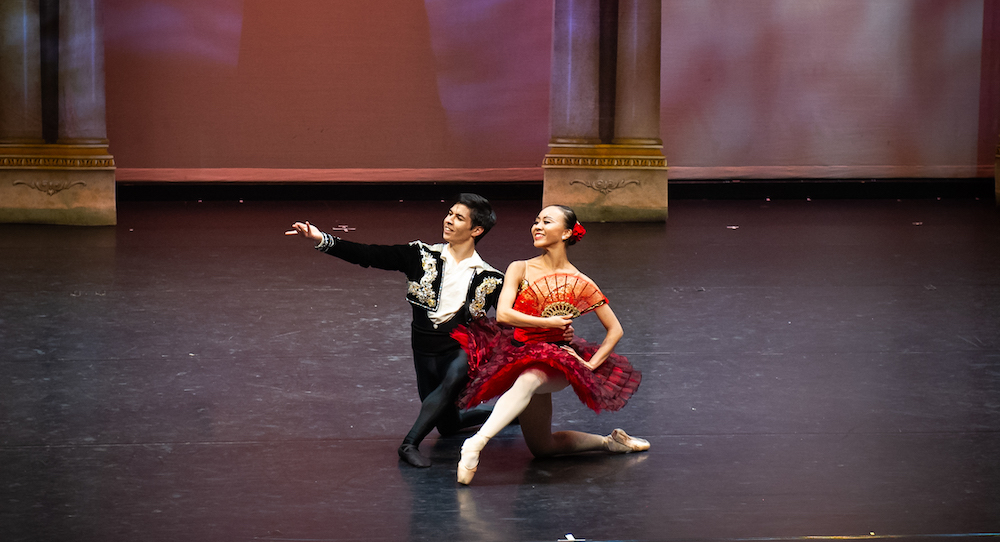 The Victorian State Ballet (VSB) forged its beginnings over 15 years ago, performing in Melbourne, as well as many regional centres. Dance Informa had the pleasure to interview Michelle Sierra, who with her partner, Martin, founded the company in 2003.

“It was low-key back then, but we could see the gap and the need for a significant state ballet company,” Sierra reflects.

With a huge potential audience beyond Melbourne City and environs, Sierra wanted to bring ballet to the more regional areas and, as per the company’s vision, “to be a vibrant, creative company committed to connecting people and dance across Victoria by offering a program of outstanding classical repertoire ballets, exhilarating and innovative contemporary dance works, and educational workshops for the enrichment, entertainment, education and engagement of communities, and to remain the central hub for dance in the State of Victoria.”

Sierra explains that the company spent considerable time researching what audiences expected, whilst gently bringing in different types of ballet and contemporary works.

“We used to perform at the Adelaide Fringe Festival, but since 2015, we knew we wanted to take another road, and it has been a long process,” she shares.

So they relaunched in 2015 as the Victorian State Ballet and have embodied this vision and mission, becoming the premier dance company in Victoria with 18 full-time dancers, as well as trainees and apprentices. VSB performs all year round and will be coming to Sydney to perform Don Quixote at the Chatswood Concourse this March.

Sierra’s skills include creating choreography, as well as reformulating sections of the classics which she finds challenging. She says she loves to “craft choreography that infuses the most loved classical ballets with a creative freshness and flair that accentuates the beauty of the original masterpiece, rather that detracting from it.”

For example, she created her own ending to Swan Lake, which derived from considering both before the war and post-war endings in the era in which Swan Lake was choreographed and musical score composed.

She has also enjoyed re-doing the Cinderella story and Snow White, always making sure the storyline comes through. “I love to work with characters,” she says. “For example, what about the ugly step-mother, what’s her story?”

But of course certain “go-to” iconic scenes of the classics will not be changed or left out, such as the four cygnets in Swan Lake.

Sierra trained at the Victorian College of the Arts, following which she gained literally a “world” of experience performing with companies such as the Kolobok Dance Company, National Ballet of Israel, and the Saarländisches Staatstheater Saarbrücken.

Her partner, Martin, of Mexican origins, is the contemporary guru. He trained overseas initially under the Russian Vaganova method and later had the opportunity to work with and learn from William Forsythe, which had a profound influence on his work.

Together, they make a formidable partnership, and since the company’s relaunch, VSB continues to grow, attracting a variety of audiences. “It’s starting to have legs of its own,” Sierra explains. “We’re doing more travelling interstate, which we love. Last year, we took Le Corsaire, and we went to Darwin, where we had a wonderful time workshopping with students, explaining and showing them what ballet company life can be like – to travel and be on tour.”

So is one leg contemporary, while the other is classical, we wonder?

“The initial vision is to produce classical ballets and excellent, innovative contemporary works, engage communities, and tour around Victoria, but the overall position is definitely a classical ballet company,” Sierra states.

March this year, VSB will bring the company to Sydney to perform Don Quixote at the Chatswood Concourse Theatre, and with Sierra’s leaning toward reformulating choreography, will the VSB production be the Nureyev version, as performed by La Scala at QPAC last year or a different version?

Sierra explains that she and audiences love the Nureyev version. “It’s a mixture of the music, the costumes and the environment with the village scenes, so the music will be the same, but there will be some re-staging,” she shares. “Don Quixote is one of our favourite ballets.”

Some adjustments will also be required from a logistics perspective — for example, adjusting the group dances to the numbers available in the company, which will include some of the pre-professional year students.

There will be two casts, including Rebecca Petty, Nana Yamamouto, Lee Zammit and Cieren Edinger in the principal roles.

2019 will also see major building works taking place at the VSB studios, located at Bundoora, 12 kms from the city. With a growing reputation for producing both excellent dancers and quality productions, the time has come to expand.

In terms of engaging dancers for the company, VSB has its own pre-professional year program, with students coming through, as well as budding trainees. Sierra explains, “There is a certain intention that we look for when taking on dancers to represent the company.”

With a bold and exuberant year-long program planned for 2019, including favourites such as Le Corsaire and Swan Lake, as well as the demands of touring interstate as well as state-wide, this year would seem to present a spectacular feast of ballet far and wide from VSB.

PLUS: Catch Victorian State Ballet at VDF this April with a special performance at the On Stage with VDF Showcase. More information at www.vdf.com.au/onstagewithvdf.