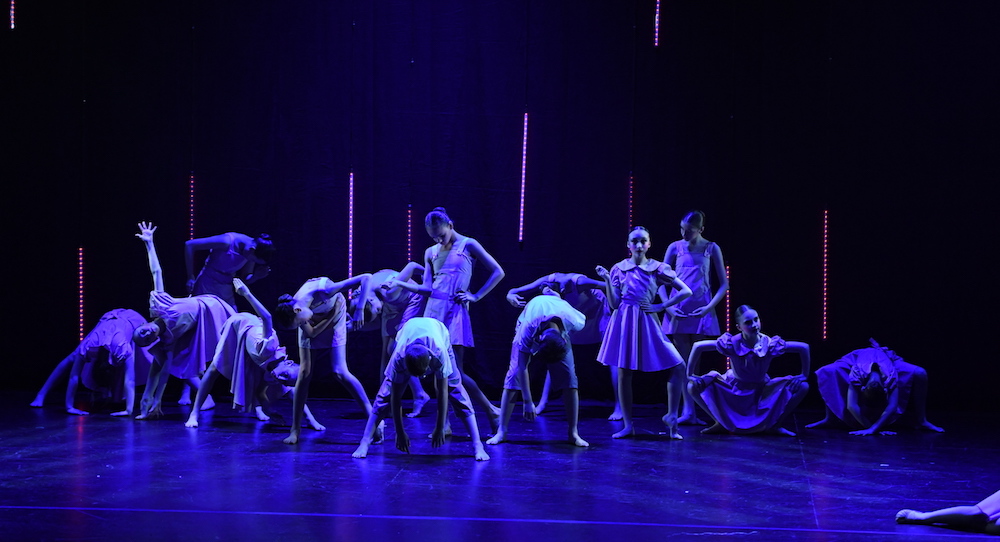 Since 1984, The McDonald College has been filling a niche in the Australian education landscape. From its co-ed, non-denominational campus in Sydney’s inner west, it offers places for both day and boarding students from Year 3-12, but the real point of difference is its focus on performing arts training. However, rather than being a full time star factory, the school blends academic and performance streams into a cross-fertilised whole. In this way, the college is part of the broader groundswell of institutions around the country re-imagining modern schooling.

Students at The McDonald College. Photo by Winkipop Media.

As we are getting closer to the end of the year, many parents and students find themselves contemplating their education options for 2019 and beyond; and so the question is raised, why would anyone choose a performing arts (PA) model?

According to the college’s Director of Junior School, Peter Slattery, the core values revolve around excellence, creativity and problem-solving ability. “For someone in elite performance, whether it be tennis or dance or music, you would never promote the idea of ordinary,” he declares.

Although “excellence” is an oft employed cliché in the education space, McDonald’s PA model is less about traditional Ivy League stereotypes of achievement and more about guiding young people toward having a voice, taking ownership and ultimately being accountable adults. The school’s academic and PA curriculum is, by extension, more student-focused and less teacher-centred. Whereas 20th century theorists like Montessori and Steiner argued long ago for a shift away from merely hierarchical learning, McDonald College’s take on it is more tailored to the shifting dynamics of our era.

A student at The McDonald College. Photo by Matthew Syres.

“There’s often a perception that because we do have a focus on performing arts that we’re not as academically focused as other schools,” Slattery says, “but when you begin to look at the concept of excellence in performance and then embrace that right across those academic studies, you can see that we’re trying to help students to learn in a creative way, where they can grow and where their results will reflect the atmosphere of being part of the learning.”

Having been a teacher for more than 30 years, Slattery has witnessed the evolution of attitudes toward education shifting to keep pace with the demands of parents, industry and socio-cultural expectation. As he explains, “We’ve moved on from the environment where we felt that the students needed to learn a fixed amount of content and that, once they had learned that, they were then equipped for a series of jobs. Because employment has changed and our structure of learning has changed, and because of the vast amount and immediacy of the information we can now access, education is about teaching the skills that allow people to solve problems and who can look for innovative ways. It’s also about being able to look at information and decide whether they need to validate, question or accept, rather than just accepting it verbatim because a teacher said so.”

A student at The McDonald College. Photo by Winkipop Media.

Whereas some might baulk at notions like “student-centred” or “collaborative, creative learning”, The McDonald College would doubtless argue that the key take out, in tangible result terms, is that kids are inspired to go above and beyond. To underline this, Slattery cites a recent example. “We had a staff development day on the first day of the last holidays, and during that day one of the students sent me a sound illusion that he’d created, because in the science lesson he’d been in the previous week we had spoken about optical and sound illusions; and then he took the first day of his holiday to grab his sound recording equipment and generate one. So that’s a student taking learning from a classroom and applying it in other places.”

In an increasingly fluid economy (let alone in the world of dance), transferable skills and aptitudes are clearly a benefit. “As adults, we often put constraints and barriers up that young students don’t,” Slattery observes. The point here is that skills don’t need to be locked up in narrow silos of expertise and, furthermore, that in a rapidly changing world, adaptability and creative problem-solving may well prove more useful than a store of fixed knowledge.

Students at The McDonald College. Photo by Winkipop Media.

Yet for all that, there are clearly more personal and specific reasons for choosing a school like The McDonald College. With its in-built performing arts culture, the campus offers something different from the usual playground jungle. “Often students come here and they find their tribe,” Slattery notes. “They find a place where it’s okay to be themselves. For instance, in another environment, a student might not flourish, and yet they will come into this space and we see a completely different side to that child.”

Thus, as it is in the arts, the school operates along co-operative lines and champions the ethos of respect for self and others. “It’s okay in our playground to burst into song and be dancing around; and so along with that we so often find that literacy and numeracy skills also improve because it’s okay to question and to express your ideas,” Slattery illustrates. “If you’re really worried that every time you raise your hand or make a comment that other kids are going to attack or belittle you, you very quickly learn not to do that.”

A student at The McDonald College. Photo by Matthew Syres.

Indeed, at its heart, the performing arts model endeavours to embody the ideals of both expressing and listening, of individual excellence and respect for others, not to mention both creativity and discipline. As we go forward, these may well prove to be the key elements of ‘success’ for the adults of tomorrow.

For more information on The McDonald College and how to apply, visit www.mcdonald.nsw.edu.au. The next Open Morning is Thursday 8 November 2018.