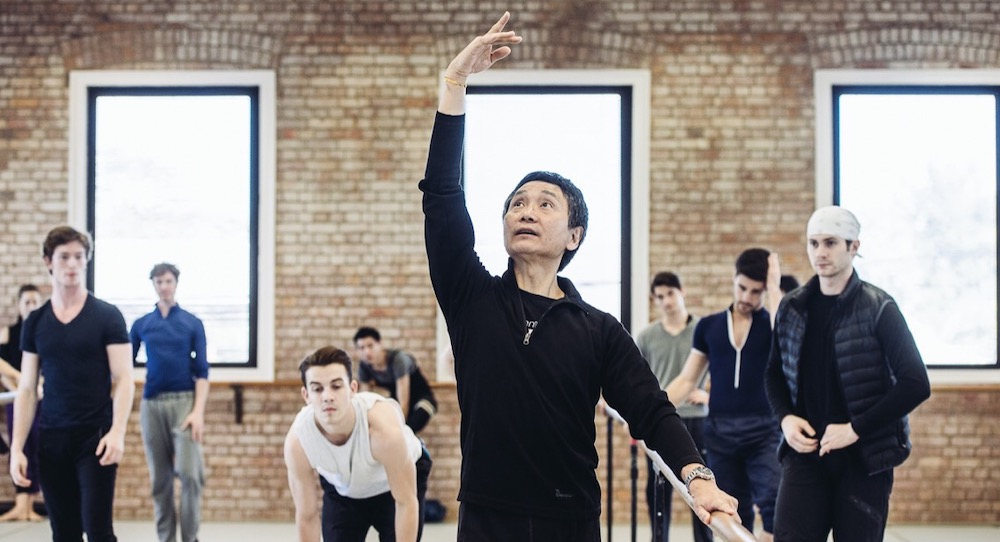 The Queensland Ballet (QB) is heading off to China this month. Nothing unusual about that, except that the Artistic Director is Li Cunxin, also known as Mao’s Last Dancer, and this will be the first time Cunxin is taking his company home to China. Dance Informa spoke with him just prior to the company’s departure.

After six years of hard work as Artistic Director of QB, Cunxin feels the time is right to present his company to audiences back home. He explains the three criteria required before taking this step.

“Firstly, financial stability,” he says. “We are now very healthy financially, having built up funds of $20 million in six years.”

In itself, this testifies to the company’s growing audiences, as well as its solid base of sponsors and benefactors.

“Without this strong financial base we wouldn’t be touring,” Cunxin points out. “It’s expensive to take a company as large as the QB overseas.”

Having grown from a company of 24 dancers six years ago to the current number of 52, there will be costumes, support personnel and all the rest of the required touring paraphernalia.

“Secondly, I feel that technically and artistically, the company is now absolutely of a world class standard, highly respected and ready,” Cunxin says, adding that the final criterion is from a logistics perspective. “You have to book at least two years ahead in order to secure the theatres in China where you want to perform.”

So, the moment has arrived for the company’s three-week tour of four major theatres in China presenting Liam Scarlett’s acclaimed production of Midsummer Night’s Dream with two performances each in Beijing, Shanghai, Xi’an and Suzhou.

How he feels about going home

“It’s a dream come true!” says Cunxin, who has only performed twice in China since defecting to the West almost 40 years ago — as a dancer with Houston Ballet and once with The Australian Ballet. “And now here I am, ready to present my own company to Chinese audiences. It’s very moving but also very exciting.”

So where has Cunxin been hiding since his retirement from dancer and prior to his role as Artistic Director of QB in 2012? He danced with Houston Ballet and The Australian Ballet, touring the globe, before deciding to settle in Australia with his Australian wife and dancing partner, Mary McKendry, in 1995. After retiring from the ballet world, Cunxin was successful in a completely different industry.

“I had quite a lucrative career as a stockbroker, and initially when I was approached by a head hunter to consider taking on the Queensland Ballet’s Artistic Director role, I turned it down,” he reveals. But ballet was always in his heart. “But I realised that I wanted to give something back to the profession that had given me so much.”

He decided to accept the role as QB’s Artistic Director so that he could not only develop a world class company but also provide pathways for young dancers and share his experience and knowledge. Now based in Brisbane guiding QB and taking the company on its first tour to China, Cunxin will not be constrained from following his dreams.

The place of a state company

After taking the helm six years ago, Cunxin worked tirelessly to build QB into the company it is now.

“I had to make a lot of changes,” he explains. “I inherited a more contemporary company, but my aim was to build a company on the foundation of classical ballet.”

For him, the classical tradition is the most challenging dance form, demanding the highest possible standards in relation to technique, artistry and musicality.

“That is not to say that we don’t incorporate contemporary dance in our program,” he adds. “It’s important to have a balanced repertoire with versatile dancers. In May 2019, for example, we will be presenting a triple bill from some of ballet’s best choreographers, who are true innovators of our art form. George Balanchine’s iconic Serenade and Jiří Kylián’s powerful Soldier’s Mass need no introduction. The choreographer, Trey McIntyre, who created Peter Pan, will also join QB to create a brand new work.”

Cunxin is also delighted to have Liam Scarlett on board in the role of Artistic Associate, describing Scarlett as “one of the hottest choreographers on the planet.” Scarlett’s work is highly demanding, using the music to the extreme and stretching the boundaries of movement.

The dreamer: What does the future hold?

Cunxin is boundless in his enthusiasm and dreams for QB’s future, looking to ensure that a technical, versatile generation of young dancers come through the ranks, exhibiting artistry and versatility. This future has already started, with the Jette Parker Young Artists Programme for dancers who are typically between the ages of about 19-21 years who have graduated from formal ballet programs and come to QB in a type of “apprentice” role to refine their technique and also have the opportunity to work with the company.

QB also offers a Pre-Professional Program, which is a final year training program accepting between 15 to 20 dancers via audition and includes opportunities to perform in the company’s mainstream productions.

And together with the Queensland State Govt, QB will be embarking on a multi-million building project, the Thomas Dixon Centre. Comprised of six company studios and a 400-seat theatre, this will be a major State project, due for completion in 2020.

Also due to open in 2020, the Queensland Govt is funding a purpose-built Queensland Ballet Academy on the campus of Kelvin Grove State College. Again with six studios, this project will enable the Academy’s student base to expand significantly, allowing more students to undertake elite ballet training alongside academic study.

Where does Cunxin see the place of state dance companies in a national context?

“We certainly have global aspirations as a ballet company,” he explains. “Our standard has gone beyond that of a state company, so we’re in no way limited by state boundaries. Just as the Stuttgart Ballet, the Houston Ballet and the Royal Winnipeg Ballet are not limited to their cities, the Queensland Ballet is not limited by geographical borders.”

Li Cunxin isn’t just a man who dreams; he is a force that will move mountains to realise the impossible.