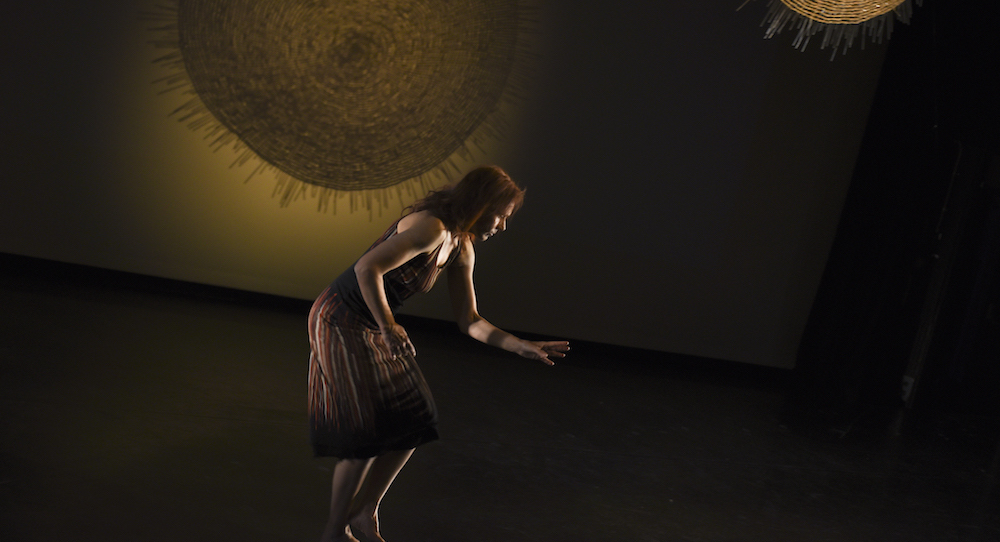 The idea behind plenty serious TALK TALK was to explore the consultative process involved in the creation of indigenous art. The work, about the spoken word as well as dance, is intended to be thought-provoking and encourage dialogue, as Van Hout is placed in provocative situations, sometimes seemingly nonsensical and very Yes, Minister. The work also reveals Van Hout’s background, celebrating its indigenous inheritance, and also shows her ironic humour that infiltrates whatever she creates.

One of Australia’s most ground-breaking Indigenous artists, Van Hout has over 20 years of experience developing challenging, thought-provoking works related to Indigenous culture and addressing important political issues. A graduate of NAISDA Dance College and the Martha Graham School of Contemporary Dance in New York, Van Hout performed with the major indigenous dance companies, Bangarra Dance Theatre and the Aboriginal Islander Dance Theatre, before joining forces with Marilyn Miller as a founding member of Fresh Dancers. With Miller, Van Hout performed Dear Carrie for One Extra Dance and Quinkin for the Adelaide Fringe Festival. Her show, Briwyant, was the first-ever show by an independent indigenous choreographer to tour nationally and was nominated for an Australian Dance Award for Best Achievement in Independent Dance.

There is minimal set design save for a table and chair and some sound equipment stage right and a white backdrop for film projections. The stage is dominated by a large, suspended circular woven sculptural  hanging. The sun? Or a reference to women’s textiles? Delineating sacred space? In some ways, it reminded me of opulent Baroque church decoration. With Frankie Clarke’s spectacular lighting, sometimes the opaqueness or semi-transparency of the texture of the hanging was emphasised or it became a screen filter for the film projections. At one point, it was delicately lit and looked like a glistening spider web after rain.

Van Hout’s choreography takes traditional Aboriginal/Torres Strait Islander dances and blends them with contemporary dance and also with references to martial arts, ballroom dance and breakdancing/hip hop, but fractured, analysed and deconstructed. Van Hout has a soft, yet powerful feline jump and beautiful ballon. Arms are sometimes angular. There is some slithery rolling (and at times twitchy) floorwork.

The individual elements were excellent and Van Hout’s performance strong and splendid, but the piece was uncertain as to what it was. A TV show? A podcast? A radio interview? A political satire? A straight monologue? Or a dance work? The issues it raises and the criticism of our society are most important and need consideration and reflection, but the work was jumbled with no real beginning, middle or end, and it jumped across genres. Van Hout gives a magnificent performance, but the massive tension and anger that drives the performance bubbles just below the surface throughout. During the performance, Van Hout shifts through a range of events and characters indicated by subtle costume changes. There is a witty monologue about food and a disturbing account of her treatment in hospital, as well as a re-enactment of her being a victim of a savage beating. Also included is a video clip that mocks the acknowledgement of welcome to country, as well as a segment where Van Hout “auctions” both traditional indigenous and European dance steps, and another where she attempts to explain to an invisible elder the ability to tell her stories truthfully without traditional “props”.

In her latest challenging, thought-provoking work, Van Hout seeks to make the audience appreciate the full difficulty and complexity of navigating and negotiating culture across disciplines, genres and eras.