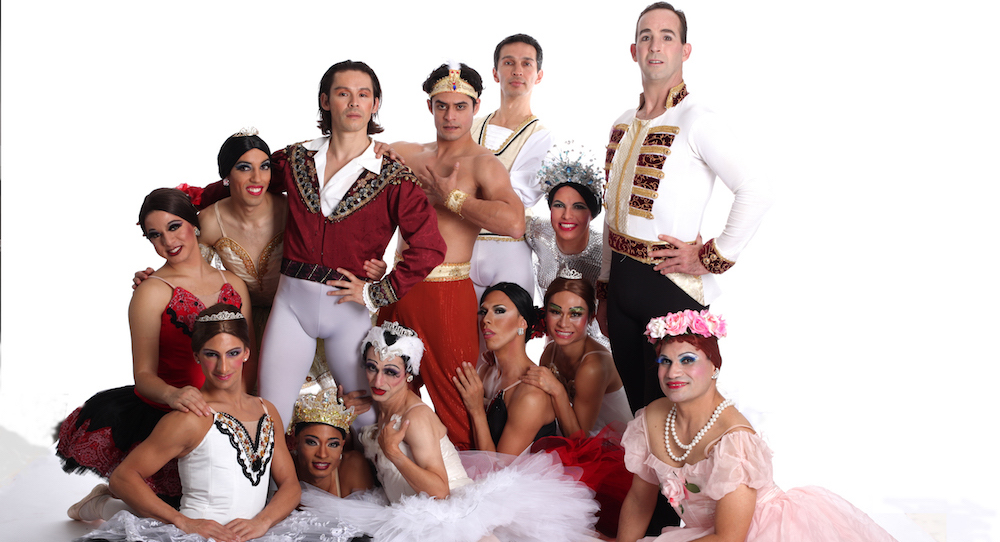 Ballet is hilarious, right? Tutus, tights, fairy princesses and all that. Cracks you up every time, doesn’t it? Okay, maybe not … but imagine if it could. 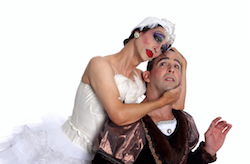 In the niche world of comedy ballet, there is no one quite like Victor Trevino. As the creator and director of Les Ballets Grandiva and its successor Les Ballets Eloelle (that’s LOL), he has danced many of the artform’s plum roles, including Odette, Giselle, Aurora and Juliet. Indeed, Trevino has probably donned more tutus and squished himself into more pairs of tights than most women you know.

When Dance Informa caught up with him in Palm Beach, Florida, he was “sort of relaxing” between tours, having just returned from China and getting himself and his company ready to return to Australia for a 17-date season of his hit show, Men in Pink Tights. 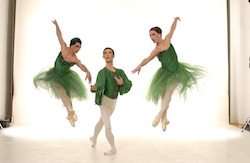 Clearly, much of Eloelle’s comic value is rooted in the fact that men dance all the parts. However, as Trevino attests, the act relies on much more than cross dressing and slapstick. “The drag element is probably only good for a minute or two because, you know, you kind of get used to it,” he explains. “What’s kind of fun about the show is that as it goes on and you get pulled into the fantasy of what you’re seeing, you tend to almost forget that you’re looking at a bunch of guys. They just look like all these odd characters dancing.”

Levity aside, Les Ballets Eloelle remains respectful to classical traditions. The all-male troupe are all highly trained dancers recruited from companies like New York City Ballet, American Ballet Theatre and Les Jeune Ballet de France. Indeed, Trevino insists on hiring dancers and then training them to be comics, rather than the other way around. 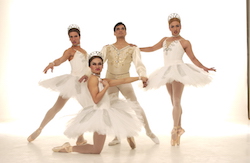 “Each performer has to develop their own sense of comedy and timing, and so it takes me a good while to get a dancer to become a comedian,” he reveals. “They have to find something in their character that is funny on top of what they’re dancing because we’re not super slapsticky. I mean, there’s a little bit of that, but really it’s more character-based comedy and innuendo.”

For its upcoming Men in Pink Tights tour, the company will perform scenes from Swan Lake, Spartacus, and Romeo and Juliet, as well as a section from George Balanchine’s Go For Barocco. Indeed, by mining ballet’s standards, Trevino is not only playing to the crowd but also trying to switch them onto “serious” dance. “Hopefully they leave with a better appreciation of and a love for dance,” he says. “I mean, that’s really our mission – to get more audiences to come and see classical dance, or any kind of dance.” 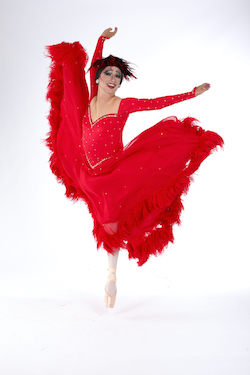 Yet for all that, Les Ballets Eloelle is all about the LOL, which is no doubt why the company can take its show beyond the usual capital city circuit to places like Nowra, Rockhampton and Bunbury. As Trevino muses, “I think that the idea of guys in pink tights and tutus is kind of funny by itself. So you know, you’re going to see some very tall ballerinas, and it’s obvious they’re not women. Just the physicality of seeing somebody who is not who you expect has a funniness to it.”

While dance insiders will appreciate some of the more nuanced choreographic jokes, the rest of us always have the amusing possibility of wardrobe malfunctions; because whenever you squeeze muscular guys into nylon and ask them to perform rigorous physical moves, you are courting disaster. In fact, when he was last in Sydney in 2012, Trevino was photographed (Superbowl style) with nipple out. But it doesn’t stop there. 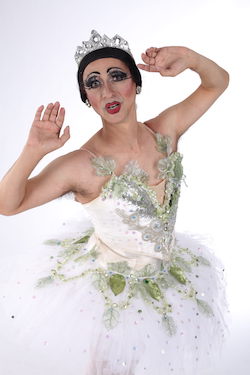 “Of course, as fate would have it, one of the very first performances we ever did of Sleeping Beauty was being filmed for television, and I was doing Aurora and it was right after the scene where she wakes up,” Trevino recalls. “I had run off stage to change into a different tutu and, well, the wardrobe person did not hook me up in the back and I didn’t realise. So I ran out and starting dancing around, and sure enough before long it’s all flapping around. Yeah, it was not great; and it was being filmed.”