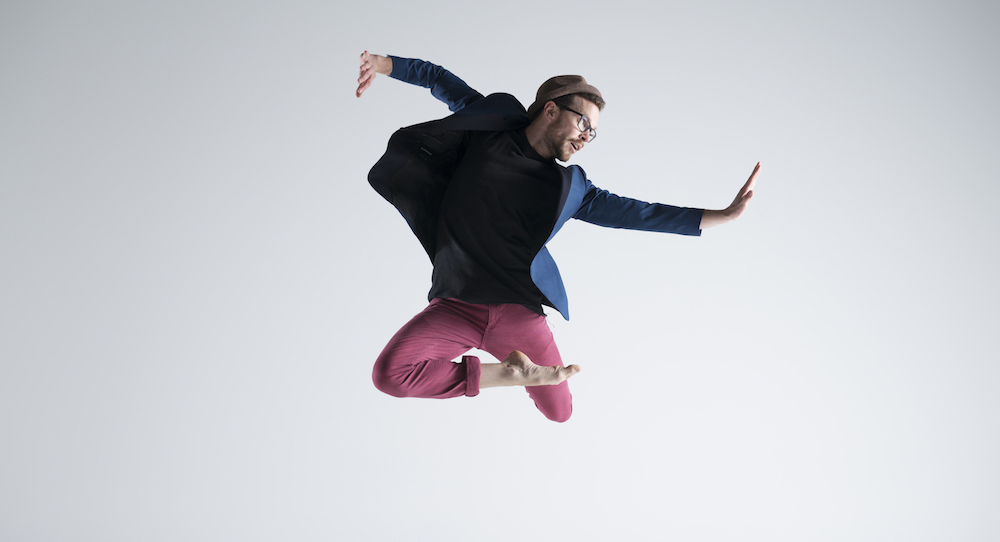 Although it sometimes seems as though we are in an age of hyper-polarised opinion, in which a click speed culture is driving a reactive retreat into the comforts of imagined certainties, there are still artists (and others) willing to put their hand up and admit to a measure of prudent doubt. Indeed, Sydney-based dance creative Neale Whittaker’s first full-length contemporary work, Una Palabra, draws its inspiration from the idea that our often passive assumptions may not, in fact, map out in reality.

“The show is about perspectives, any scenario where you go, ‘I think this is this and that is that’, and then, through dance, we want to challenge that,” he explains.

In a sense, Una Palabra is about removing the blinkers, or at least considering the option of doing so; and although the work takes its name and much of its arc from a Cuban song of the same name, there is a clue in the title’s translation. “In English, it means a word,” Whittaker elaborates. “My interpretation of ‘a word’ is just ‘a subject’ or, you know, a thing can be analysed in many different ways.”

For Whittaker (a founding member of Sydney hip hop outfit Phly Crew and dance teacher), the gist of both the show and his practise revolves around the questioning of our assumptions and patterns of behaviour. “Now, as I get closer to 30 and I’m being more of a teacher than a student, I’m finding myself in a situation where I’m communicating with a lot with people who need help, and one of the things that I practise every time I speak with them is breaking stuff down. What is it that’s worrying you or that you’re in turmoil over, rather than just saying ‘you’ll be fine’ or whatever.”

To that end, Whittaker closely examined the lyrics of Carlos Varela’s 2006 song to help him structure the eight scenarios of Una Palabra. With nine dancers (including himself a kind of ringmaster), the work aims to tease out a variety of possible perspectives and/or responses. As he notes, “The song was translated for me, and it was basically everything that I always talk to people about or try to inspire them about; you know, like I get that the situation may look like that, but what is it actually?”

With Una Palabra, Whittaker may also be usurping people’s fix on him. Better known as one of the drivers behind the street dance stylings of Phly Crew, he has long been exploring the worlds of ballet and contemporary. From being a “once-a-week kid” doing classes for fun as a boy growing up in The Shire, to surprising himself by taking up a full time course straight out of high school, his engagement with dance has always been slightly atypical.

“I found dancing by accident through a best mate of mine at school. He came up to me in the playground and asked if I wanted to do dancing and I said yes,” he reveals. “Throughout all that time with Phly Crew and exploring hip hop and commercial dance, I was also exploring contemporary dance and doing a lot of teaching. Then recently, over the last couple of years, I started thinking about putting my own show on.”

Here again, Whittaker is departing from the norm. Rather than happening in a theatre, the work will be staged in a shared workspace called KGDM (Kingdom) in Miranda. Whilst getting out of the black box is not new, the show’s creator has taken the opportunity to use his multi-perspective prism to re-examine the orthodoxies of putting on new dance works. Significantly, and practically, he has also tried to look at funding with fresh eyes. As a self-funded initiative, Una Palabra has presented numerous real world challenges.

Whittaker puts his approach in perspective by drawing from personal experience. “As a performer, what I’ve struggled a lot with in the past was not necessarily being paid for rehearsal time; reasonably well paid for performance but not the Monday to Friday rehearsals,” he shares. “So, for my wife and I to pay rent, I would go to rehearsals all day sometimes and then go teach at night, and that took such a toll on my body and mind. One of the things that I’m trying to do, therefore, is to create a budget for paid rehearsals.”

As someone working off the grant radar, Whittaker operates without the largesse of government and so has been forced to get creative about attracting sponsors and supporters. “Other than being able to pay the dancers, I would love to set up a new model for what it is to put on a privately run dance show in Sydney,” he boldly declares.

With the curtain due to rise mid-October on the premiere of Una Palabra, he is busy working the back channels and, it seems, is pretty confident. “I think there’s plenty of people out there that are willing to help outside of the usual funding bodies,” he states. “So I guess I’m just trying to be a bit innovative and entrepreneurial by ways of finding ways to put on shows and support dancers.”

In the end, it’s all about overcoming easy habits and asking questions afresh; but, as Neale Whittaker would likely attest, don’t just take his word for it.