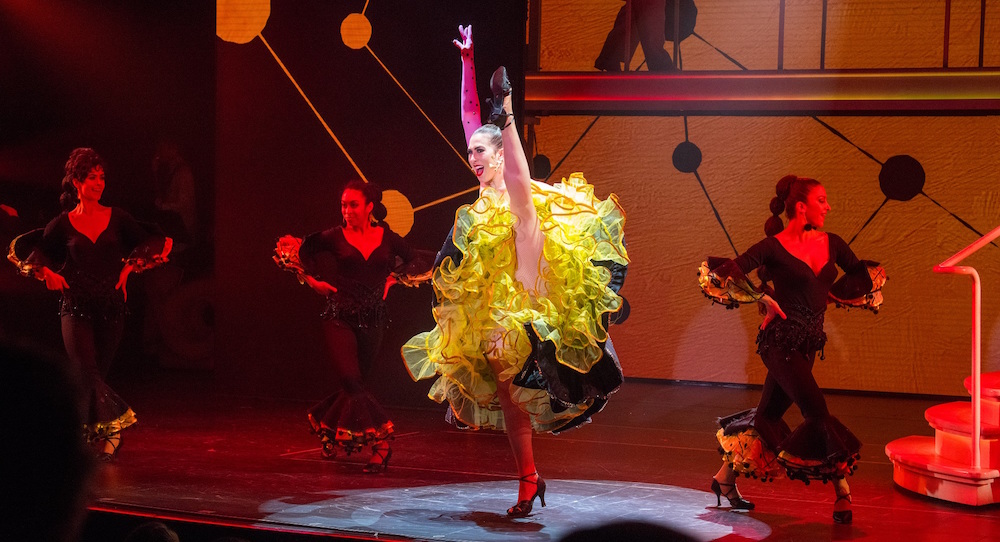 Two Aussies sit having coffee in the elegant Observation Deck on board the new Norwegian Bliss cruise liner. They’re on its inaugural journey from Miami, and to quote the Titanic movie, you can still smell the fresh paint! Those two Australians are Dance Informa Editor Deborah Searle and theatre sensation Romy Vuksan, star of Norwegian’s Prohibition Happy Hour and the jewel of the ship, the new Havana! musical.

It seems like every year, Norwegian Cruise Line lifts the bar with new productions, new ships and new services. This year, Norwegian has brought the Norwegian Jewel to Australia and New Zealand, and the company has unveiled its newest and most stunning ship, the Bliss, which is now sailing through Alaska. 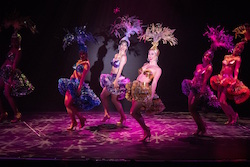 I didn’t know if I’d love cruising, but then I set sail on a Norwegian cruise in 2016, and I’ve been hooked ever since. And it’s not just the opportunity to see so many unique cities and coastlines, or the food, the service or the pool, it’s the high-quality entertainment direct from Broadway, as well as brilliant Norwegian commissions. One such show, unique to Norwegian Cruise Line is Havana!, by none other than Tony Award-winning choreographer Warren Carlyle. To say that Havana! is luscious is an understatement. From the choreography to the costumes, to the lighting, spectacular set design, to the clever lyrics and music, everything oozzes sizzling Cuban flair with seductive rhythms and hard-hitting moves.

“The calibre that Norwegian provides is top quality; it’s amazing,” Romy Vuksan tells me. “They have such a large repertoire with so many ships and so many different kinds of shows that you can do; the opportunity is huge.”

She seems to be loving every minute of her on-sea dance adventure. After previously being dance captain on the Norwegian Pearl, she took to her new roles on the Bliss with experience and excitement.

“I woke up to an email from the casting department asking me to if I’d like to be in Havana!” Vuksan recalls. “I just knew that I had to do everything in my power to get there. I had one day to pack in Melbourne, and I flew to Tampa and started rehearsals at 9am the next day!” 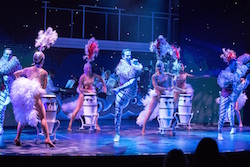 And the jet-lag didn’t even bother her. “The adrenaline definitely kicked in and kind of carried me through. Everyone was like, ‘Are you tired?’ I was like, ‘No, I feel great! This is amazing!'”

Vuksan knew that the opportunity to work with theatre great Warren Carlyle was not to be missed.

“Doing Havana! has been life-changing,” she says. “I am so grateful to have been exposed to such an incredible team of people.”

Vuksan continues, “Honestly, I’ve been auditioning and auditioning like everyone has, and there are always those times of doubt, but then one email or phone call can change your life. And for me, this has been Havana! I am in a principal role at 22 in front of director and producer Warren Carlyle and his creative team, working with Norwegian Cruise Line directly, and the Toledos, who did the costumes and design. And then Dave Solomon, who wrote the book, and Albita Rodriguez, who’s a Grammy Award-winner recording artist! It makes me remember that in this industry, anything can happen at any time.”

And that anything could include a contract on Broadway in the near future.

“I’m refining my tool belt and getting all this extra skill that hopefully I’ll be able to use,” she shares. “With all the great contacts I’ve made, I’ve been very heavily considering getting my O-1 Visa to head over to New York. That’s the next risk, the next step. I’m very grateful and very supported by everyone whom I’ve met. And they’re agreeing with me that I should take this next step to go over.”

And this exciting Norwegian gig isn’t Vuksan’s first rodeo. After graduating from Full Time dance training at Jason Coleman’s Ministry of Dance, she toured Australia in West Side Story, as well as started in Coleman’s Spiegelicious, the AFL Footy Show, Dancing with the Stars, lots of commercial work and recently, White Night in Melbourne. 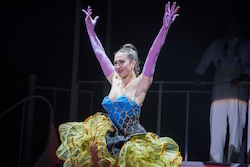 Vuksan owes much of her success to the support of Jason Coleman. Visiting his Melbourne summer school, from Brisbane, every year from age 13 until she was accepted to full time at 17, Vuksan has found Ministry of Dance to be a second home.

“Jason Coleman has been a huge, huge mentor,” she says. “I’m very lucky that he took me under his wing very early on. I really got to work with him closely on my first job, Spiegelicious. He was our choreographer, director, producer — extraordinary at everything, and I learned a lot from him. It was a huge show in a small venue, and I learned so much from his direction and putting the show together. I was then brought on as dance captain through the process, so then I got to work with him even closer. And that was, again, my first experience in being in that role. And ever since then, I’ve been his dance captain on basically every show that we’ve done. It’s been so incredible to watch him work. I’m so grateful for Jason, because with everything, whether it’s TV or corporate, or musical theatre, he’ll go above and beyond to help me with where I want to go.”

And at the moment, that place is Alaska on board the Norwegian Bliss, and maybe the Big Apple in the coming years, but wherever this career takes her, Vuksan is not shy to thank Norwegian Cruise Line for the opportunity.

“I had such a great experience on the Pearl, and I’m having an incredible one now,” she says. “You get to perform, you get to travel, you get to save, you get to meet people from all over the world. I could go and stay in any continent or country now because I know someone there! You get to work with top quality choreographers and producers and directors. It’s great work, and a huge stepping stone, and you could have a full career on cruise ships if you really wanted to. I highly recommend it to anyone, any performer, to at least do one cruise. I’ve gained so much perspective and motivation, and it’s showed me that I can hopefully work anywhere in the world. It gives you a lot of life experience and teaches you a lot about being independent.” 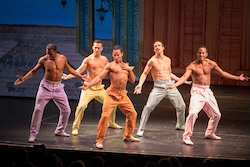 With the Casting Directors for Norwegian currently in Australia auditioning for dancers and vocalists for Norwegian Cruise Line, Oceania Cruises and Regent Seven Seas Cruises, many performances are about to get this chance.

Vuksan shares some advice for those pinning on their numbers this week.

“Just be you,” she advises. “With the versatile nature of all of the shows that they have, they have something for everyone, in every genre. So just get to the front and do your best. Auditioning is something that only gets easier. The more you do, the better. So just go, and just do it. If it’s not your time right now, they always put you on the books and have you there if there’s a position in a couple month’s time, so don’t be defeated if you don’t hear back right away. Just keep going. Just keep doing.”

Auditions for Norwegian Creative Studios have just been held in Melbourne and Brisbane, with auditions in Sydney on July 27. For details, visit www.norwegiancreativestudios.com.