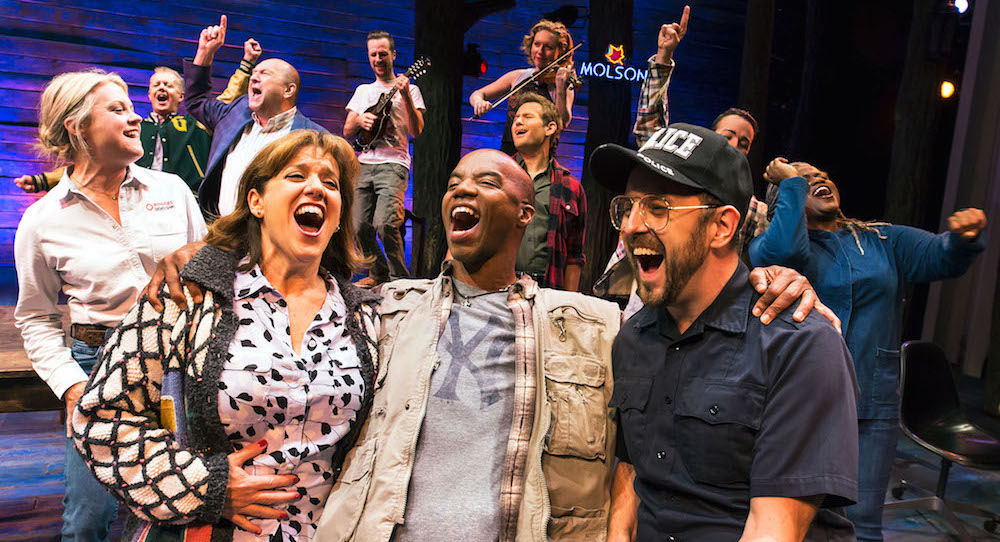 That Kelly Devine has travelled a long way to get here – here being a rehearsal room on a winter’s day in South Melbourne – is, in its own way, symbolic of the hit musical she has flown around the world to help cast. Indeed, both the show and the process of re-mounting it here in Australia, say something at once banal and profound about humanity; namely, that when called upon, we do have the capacity to unite, to show kindness and to work together. 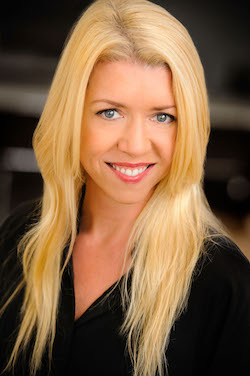 Fresh from a Tony Award-winning debut season in New York, Come From Away will land in Melbourne in 2019, a fact which will bring its choreographer back to our shores to work with the 12 Australian actors who will ultimately make up the cast and represent the show’s thousands of characters. Yes, that’s right, thousands.

In the immediate aftermath of 9/11, 38 planes carrying 6,579 passengers were diverted to the small Canadian town of Gander in Newfoundland, whereupon the stunned locals and their unexpected visitors spent five days together. As a counterpoint to the hostilities unleashed on September 11, this remarkable vignette of humanity points at something most of us know but frequently forget. In a world that too often paints difference as division, stranger as enemy, this remarkable mass stranding underlines our profound unity.

“When those planes landed in Gander, they did not know where they were and did not know what to expect; and a lot of them did not know what had happened,” Devine explains. “And it was very much the same thing for the people of Gander. They didn’t really know that all these planes were going to land. So the idea that this small town so fearlessly and without a question invited these complete strangers into their homes for five days is something that the world needs to be reminded of.”

It is perhaps no small irony that the award-winning success of Come From Away should happen against a backdrop of border wall rhetoric and the fractious us/them yelling match currently dominating the airwaves. What’s more, in its very design, the show is a model of flexibility and community. As a truly ensemble work that recalls the spirit of Brecht and of the collective approach famously championed by groups like the UK’s Theatre Workshop in the 1950-60s, Come From Away uses just 12 actors and a bunch of chairs to tell its story. 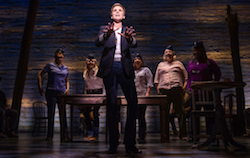 Jenn Colella and the cast of ‘Come From Away’. Photo by Matthew Murphy.

As Devine says, “It creates a sense of community, with these 12 people on stage, but it also gives us snapshots of what’s happening all over this town because the actors portray multiple people. There’s a lot of sleight of hand and little tricky things we do to make those changes happen seamlessly, and it’s fascinating because the whole company really need each other to achieve those moments. It’s like a community on stage; those actors need each other.”

In fact, so co-operative is the show that the casting process also involves scouting not merely for performance ability but also personal aptitudes. “With something like this, a lot of people end up auditioning for lots of characters because they probably could do any one of them well,” Devine elaborates. “But you also look for people who maybe have the human qualities that the characters have.”

For Devine, though, there is yet another level of silo melting required to make the show work. “The original Broadway company of Come From Away did not have a single dancer in the group. Not a one,” she recalls with a broad smile. With the operating assumption that the Australian cast will also be actors rather than specifically trained dancers, she describes the choreographic process thus, “You don’t have a road map, so you’re starting with what you can get out of them. You just pull out their best parts. It’s definitely challenging, but it’s also fun.”

Fortunately, Devine has always been versatile. She recalls how her early training included jazz, tap, ballet and swing. Having made her professional debut at just five (doing tap in an ad for The LA Times), she went on to work extensively in her native Los Angeles before taking the risk and jumping across the continent to New York, where she is now one of the few women ever to work as a headline choreographer/director in big scale Broadway musicals. Her credits include Doctor Zhivago, Rocky and Escape To Margaritaville, and critical acclaim has been plentiful, with a Tony nomination for Come From Away. 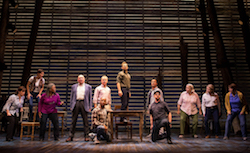 The cast of ‘Come From Away’. Photo by Matthew Murphy.

Meanwhile, here in a room half a planet away from Manhattan, Devine contemplates actors she’s never met, many of whom will doubtless harbour similar ambitions to the ones that drove her to the top. Knowing that many Aussie performers are tempted to leave our relatively small domestic market for the bigger but more competitive stages of the US and Europe, she ponders the notion of the risk involved.

Just as 6,000-plus travellers and the inhabitants of a small, outpost town did back in September 2001.