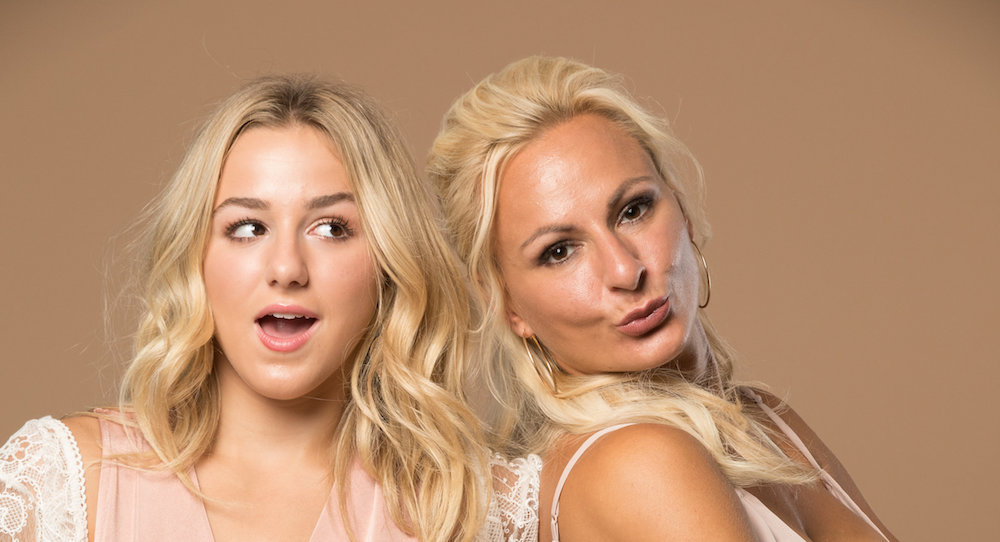 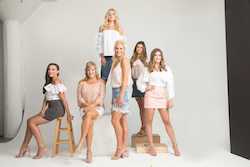 The Girls and Moms. Photo courtesy of ‘The Irreplaceables Tour’.

The Irreplaceables – Kendall, Chloe and Kalani, as seen on the hit show Dance Moms – are coming to Oz, and the girls (and their mums) are super excited about it. Running 13 – 17 April, and hitting cities Brisbane, Melbourne, Sydney, Adelaide and Auckland, the 75-minute event will feature a tell-all Q&A, a pop-up shop, photo ops, meet-and-greet packages and a special entry dance workshop. 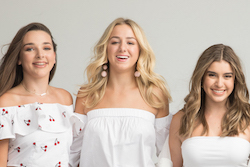 Kendall, Chloe and Kalani of ‘The Irreplaceables Tour’.

“We are so excited to bring the tour international,” Christi Lukasiak, mum of Chloe, tells Dance Informa. “Our fans from all over the world have supported us for years, and we are so excited to meet everyone. We are especially excited to begin the interaction dates in Australia. We love our Australian fans and the excitement and energy they bring to our events.”

Christi explains that The Irreplaceables Tour is set up so that a variety of experiences can be enjoyed. There is an option of a dance class for those who wish to dance with the girls; there is a theatre show that combines performances and an interactive audience Q&A; and there is a special meet-and-greet with photo opportunity with Kendall, Chloe and Kalani. 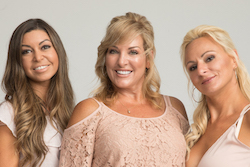 Kira, Jill and Christi. Photo courtesy of ‘The Irreplaceables Tour’.

The Australian tour follows a North American tour. “It is always so exciting to meet new fans,” Christi says. “It’s funny because no matter where we visit in the world, the fans can identify with the experiences of the girls. It just goes to show that being a teenager is the same no matter if you are from Iceland or South Africa. And I always cry. I am so overwhelmed by the love and support, and I’m a crier!”

Christi goes on to explain that it was important to Kendall, Chloe and Kalani to embark on this tour. “We wanted to do something special for the fans who have been with us since day one,” she says. “It’s definitely not a final curtain for the careers of the girls, but they will definitely be moving past dance competitions every week.” 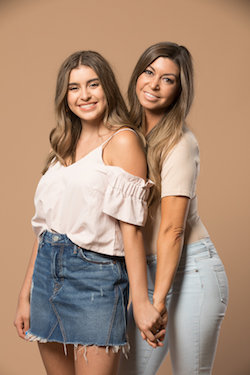 Kalani and Kira. Photo courtesy of ‘The Irreplaceables Tour’.

Aside from The Irreplaceables Tour, Chloe has been keeping herself mighty busy. She’s been focussing on acting (she had a lead role in Center Stage: On Pointe), and just released her first book, Girl On Pointe, which just became available in Australia.

On acting, Chloe says, “I have spent so much of my life conveying emotions on stage, and acting seemed like the ‘right’ next step for me. I love it because there isn’t a ‘right’ or ‘wrong’ to it; it’s all about your interpretation.”

Chloe’s next movie, F.R.E.D.I., a family-friendly sci-fi film, will come out this May. The role is very different from what fans have seen of her on Dance Moms, but Chloe says this is just more motivation to work hard and prove to people she is more than just a reality personality. 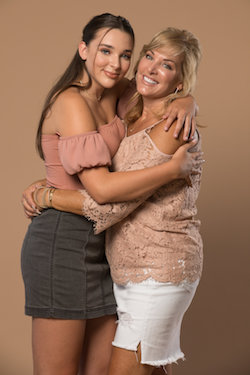 Kendall and Jill. Photo courtesy of ‘The Irreplaceables Tour’.

“I think you have to put a lot of work into anything you want to be good at,” she shares. “I certainly know that it is important to work hard at acting, and I enjoy the work.”

With all that Chloe has done – previous success as a reality star, roles in feature films, a published book, The Irreplaceables Tour, and with dance talent to boot – she is a celebrity. And how does a mother of a celebrity handle it all?

“Well, fortunately, Chloe is a very humbled and grounded girl,” Christi says. “I think the hardest part is just helping her manage all of the different aspects that she has going on. One minute, we are on a movie set, the next we are in Australia on tour, and the next she is taking her college entrance boards because she wants to go to school.” 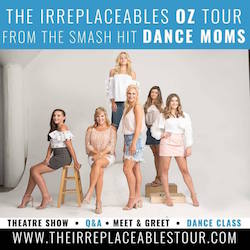 Who knows what’s next for Chloe, and the girls of The Irreplaceables. Rumour has it that Dancing with the Stars will have a Juniors season…maybe we’ll see them there.

For more information on The Irreplaceables Tour and to purchase tickets in the city nearest you, visit www.theirreplaceablestour.com.